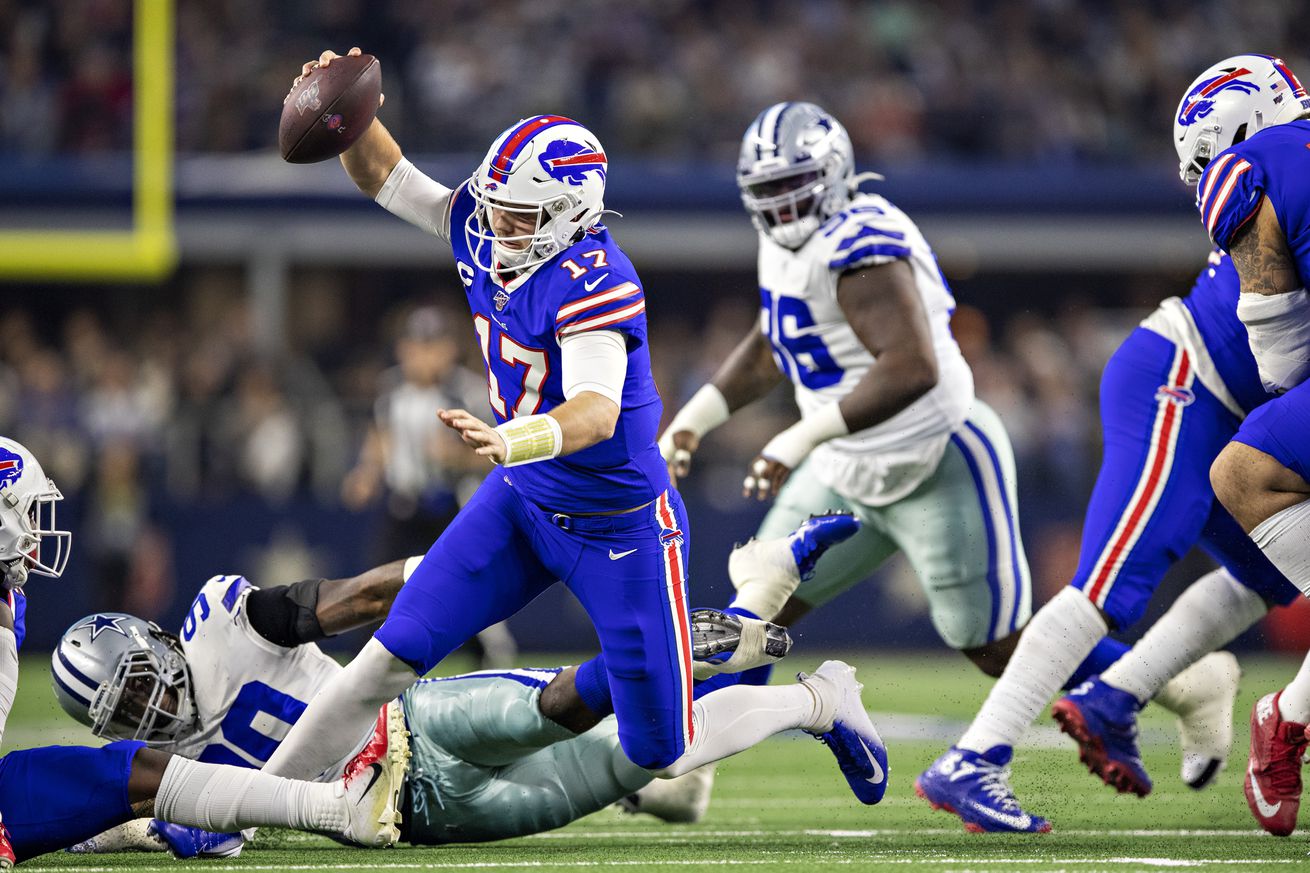 Each July, the NFL 100 is released. It’s the top 100 players in the NFL as voted on by players, who rank their favorites and the scores are tabulated. The 2020 list includes Buffalo Bills QB, Josh Allen, who comes in at spot 87. CONGRATS JOSH!

Allen’s impressive performance on Thanksgiving had to make an impact on his fellow NFL players and is featured prominently in the video celebrating Allen’s season. They circled back to highlight his 4th-and-1 conversion off the fumbled snap with announcers Jim Nantz and Tony Romo marveling at the determination it took.

His rushing touchdowns were highlighted, as he led NFL QBs in the stat, and he was third in rushing yards from the QB position. New York Jets linebacker Blake Cashman said he was “very difficult to bring down” and praised his dual-threat ability.

Lastly, Allen’s propensity to play his best in the final quarter was also discussed, as he led the NFL in fourth-quarter comebacks and game-winning drives.

No Bills made the list last year (a travesty) but three Bills will be on the NFL 100 in 2020 according to the NFL’s press release.