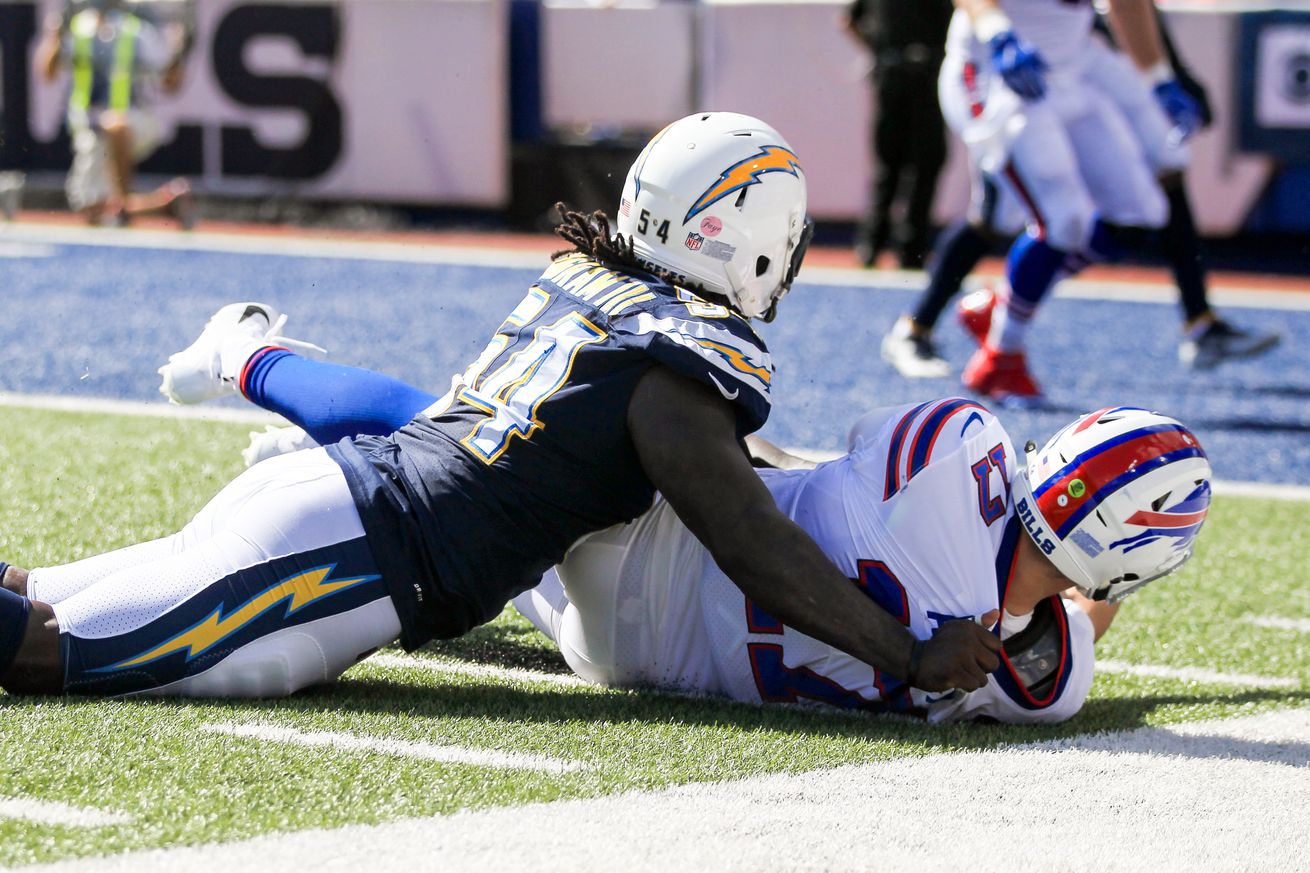 In today’s installment, we take a look at the Los Angeles Chargers with some help from Bolts From The Blue.

Under 10 wins. If this team went 5-11 with Philip Rivers last year, even with all those injuries, then I don’t see how a rookie or Tyrod Taylor is able to steer them to double-digit wins. To get to over 10 wins would mean that everyone on the team had to have stayed healthy and they would need to have every pivotal situation bounce in their favor. With no elite speed on offense, this team will be methodically marching the ball down the field, which means the quarterback needs to consistently make plays over and over again.

Rookie I’m most excited about:

WR K.J. Hill is the rookie I’m most excited for. He is a smaller version of Keenan Allen who just simply finds a way to get open. He’s got nuance to his route-running and understands how to create separation without even having decent speed for the position. I see Hill being the quarterback’s best friend moving forward.

I think the battle for WR3 is going to be the most interesting of them all. After Keenan Allen and Mike Williams, the Chargers have a pair of rookie receivers in Hill and Joe Reed with former UDFAs Andre Patton and Jason Moore also in the fold. Now that Melvin Gordon is gone, it frees up enough potentials to make the third WR a fairly important position. Last year, Patton was seventh on the team in catches and eighth in yards as WR3. I don’t think that’ll be the case in 2020.

My current money is on Hill to win it eventually as I believe his route running is currently more pro-ready but Reed is the more dynamic athlete at the moment. It’ll be interesting to see which receiver’s play style is better suited to the new offense that the Chargers will run in 2020, so your guess is as good as mine for which of the two has the upperhand right now.

The biggest storyline has got to be whether or not we’ll see Justin Herbert play this year.

Of course you can usually expect a first-round rookie to start some games during their first year in the NFL, but the Chargers had a front-row seat to the Kansas City Chiefs and how they handled the grooming of Patrick Mahomes. That worked out pretty well for them, so don’t be surprised to see the Bolts try to put off throwing the rookie into the fire any earlier than they really need to.

Anthony Lynn showed the ability to put Tyrod Taylor in the best place to succeed as a starting quarterback during his time with the Buffalo Bills and there’s no reason he can’t draw on those experiences to attempt to duplicate that success in 2020.

How are the Chargers going to get all of their best secondary players on the field at the same time?

With Chris Harris Jr. taking over primary slot corner duties, where is Desmond King going to get the majority of his snaps? In Nickel, Michael Davis is slated to be the other outside corner opposite Casey Hayward. If Derwin James and Rayshawn Jenkins are the team’s starting safeties, where will King fit? In Dime, I can see King coming in as the team’s sixth defensive back, but we haven’t even gotten to Nasir Adderley yet. Is he stuck being a rotational player? He has the versatility to thrive outside of just free safety, but it all seems like a difficult jigsaw puzzle that no one really wants the responsibility of solving right now.

As of right now, there are no notable injuries to report. That feels weird to say, but it’s true. Fingers-crossed it stays that way.

The Buffalo Bills face the Chargers in Week 11 of the 2020 NFL season. Thanks again to Bolts From The Blue for their expertise!