The Buffalo Bills and quarterback Josh Allen have teamed up to create a new treat for western New York.

The “tailgate sauce” lineup is now available for purchase. Three wing sauces are out now at Wegmans .

Two are sauce marinades are in hot and mild flavors with a third being a BBQ: 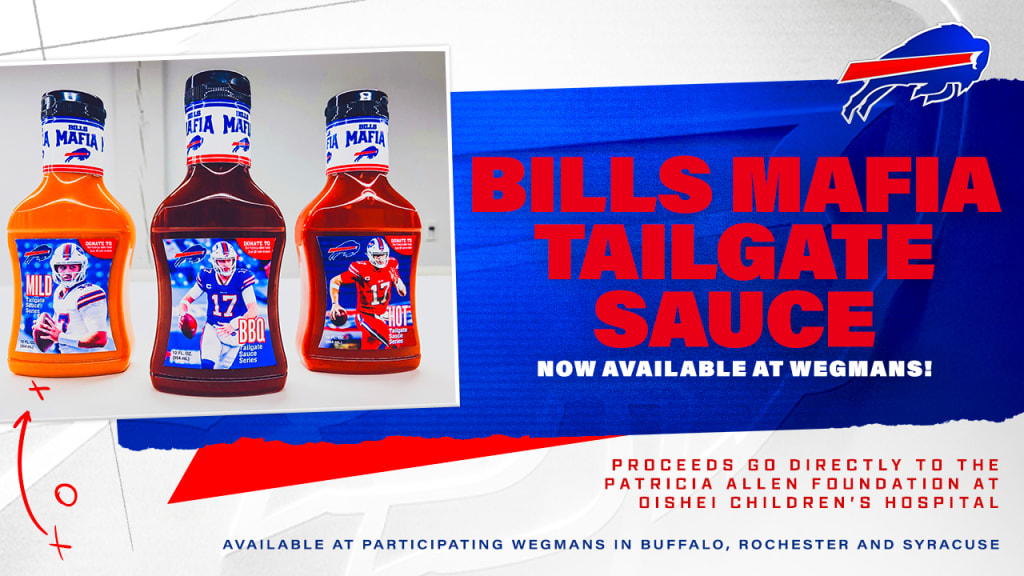 The best news: Proceeds go toward a good cause. The team announced that the sauces will benefit the Patricia Allen Foundation, which directly supports Oishei Children’s Hospital’s pediatric critical care team.

Wegmans locations in Buffalo, Rochester and Syracuse will be stocked with the sauces.

Here’s Allen himself in on the promotion:

Get yours at @Wegmans before it’s gone and proceeds will go directly to the Patricia Allen Foundation at @OCHBuffalo: https://t.co/vkFszquofy pic.twitter.com/81Xdj5YQX0

Let us know how the sauce tastes, Bills fans!

What Bills’ Mitchell Trubisky said about facing the Bears