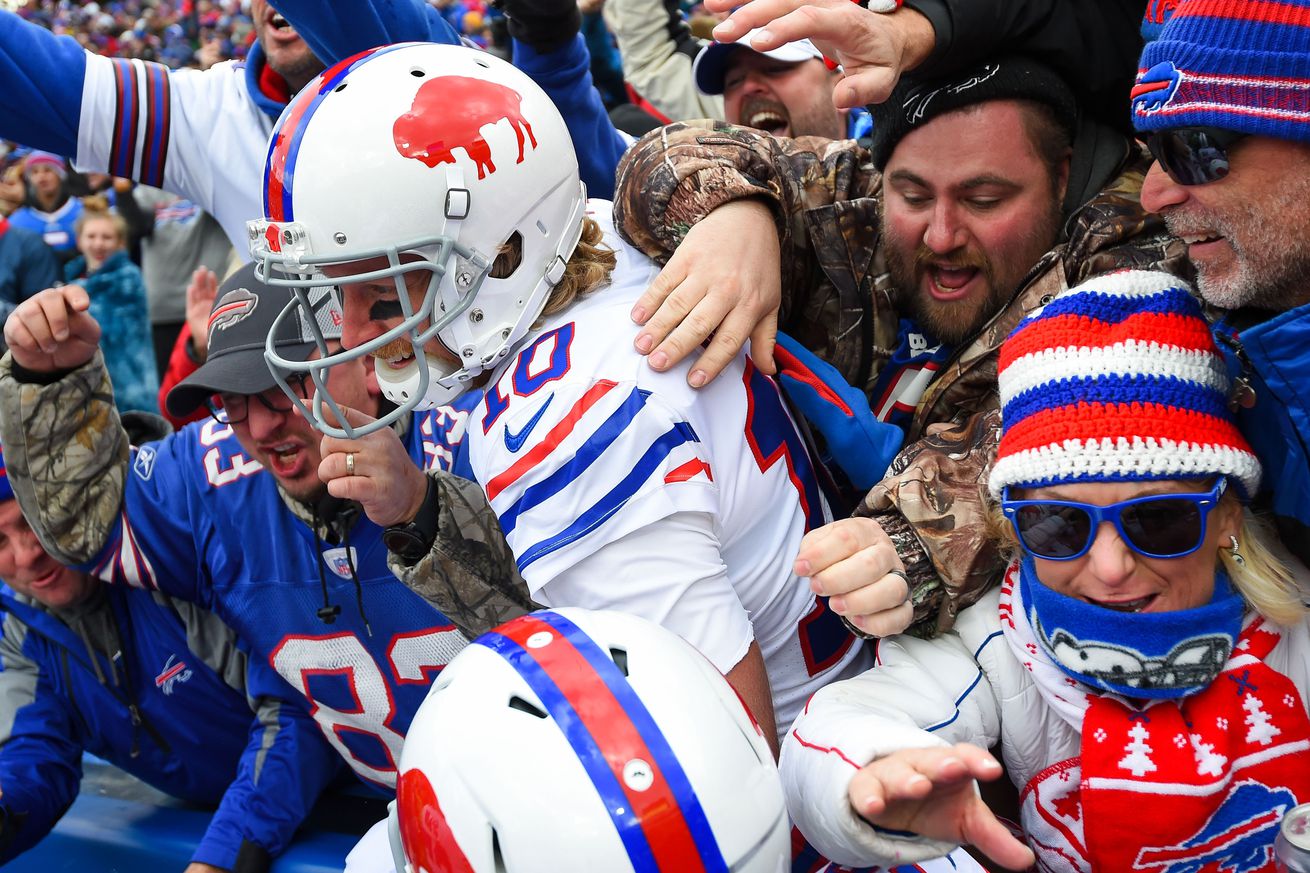 Make sure to click on the final poll by Fox Sports at the end. We know you’ll absolutely LOVE it.

It’s official. The Buffalo Bills have the best fans in the entire NFL. For the second year in a row, Bills Mafia boosted their favorite team towards the top of FOX Sports Ultimate Fan Bracket by coming out in droves to vote in their Twitter poll for the past few weeks.

Last year, Bills fans were up against the Tennessee Titans’ fanbase and had all but secured victory with an hour left of voting. Controversy was sparked, however, when some Titans fans decided to buy thousands upon thousands of votes from bots at the last minute and cheat Bills Mafia out of the coveted title. Luckily, Tennessee fans would ultimately succumb to Cleveland Browns fans in the final round (with a little help from an angry Buffalo fanbase).

I have it on good authority some Titans bloggers and podcasters bought tens of thousands of votes in that FOX poll then shared screenshots and pressured others to do the same. Cost some of them hundreds of $$. Weird stuff for an online poll. What a world and website this is. LOL

In typical Bills Mafia fashion, fans, under the leadership of Shelby Waddle, wife of former Bills offensive lineman La’Adrian Waddle, began sending donations to the Nashville Children’s Alliance. The Tennessee charity helps children who have suffered severe physical and sexual abuse. In the end, they raised thousands of dollars and were once again recognized for their generosity.

What a great way to start Child Abuse Awarness month! We are currently over $11,000 in donations! #BuffaloBills #BillsMafia ❤️ https://t.co/ArDT8wckwy

2020 has been a strange year overall for many, but, at least for a little while, it seems that the ship has been righted. Bills fans started their championship journey as a sixth seed (based on the team’s official Twitter followers) and round one pitted them against the third seed San Francisco 49ers.

Unfortunately for Niners fans, they were nearly blown out of the water. Or should we say, “bay”?

Next, Bills Mafia went head-to-head with fans of their AFC East rivals, the Miami Dolphins. In keeping with the theme of “handily beating teams who play in hot weather near the beach,” Fish fans were squished by a fairly large margin. Not like THAT’S anything new.

#FOXFanBracket ROUND 2: No. 6 @BuffaloBills vs No. 7 @MiamiDolphins

Round three proved to be a bit more challenging. Bills Mafia fighting for the title of top fanbase against Steeler Nation is always an interesting time. Both teams are situated in cities known for the cold and snow and Pittsburgh and Buffalo often end up getting compared to one another, only being a few hours apart. Nonetheless, Bills fans defeated Pittsburgh Steelers fans in a tight, gritty race.

#FOXFanBracket ROUND 3: No. 1 @steelers vs No. 6 @BuffaloBills

A few days later, Bills fans prepared to face their biggest obstacle of the entire bracket: The Championship round versus the Green Bay Packers’ fanbase. Two small-market teams from cities that plow plenty of snow in the winter. Passionate fanbases from blue-collar pedigrees who love cheese and wings. The PERFECT battle of the fans.

IT ALL COMES DOWN TO THIS.

It’s time to vote on the Championship for our Ultimate Fan Bracket! ⬇️ pic.twitter.com/YCW1QC279G

As expected, voting was close and Bills Mafia and the Cheeseheads duked it out until the very end. Bills fans, however, were persistent and finally able to edge out Packers fans. They didn’t even need to buy any votes.

#FOXFanBracket CHAMPIONSHIP: No. 3 @packers vs No. 6 @BuffaloBills

#BillsMafia has done it!!

Congrats to the @BuffaloBills for winning our FOX Sports Ultimate Fan Bracket and being crowned the best fan base in the NFL! pic.twitter.com/M6JU1vsfkJ

The @BuffaloBills complete their run in our Ultimate Fan Bracket by defeating the Packers in the Championship #BillsMafia pic.twitter.com/wtxa8fvodD

We basically already knew that the Buffalo Bills have the best fans in the NFL but it’s nice to win this bracket fair and square. In a few days, we can move on to cheering for our beloved team every weekend. Oh, and, as world champions, make sure you vote once more for the location of a billboard that will give Bills Mafia even more bragging rights. We can’t wait to see where it ends up.

Ok @BuffaloBills fans, so you won the bracket. But we have one last poll for you:

You’ve won a billboard that will state that Bills fans are the best in the NFL… What city would you like that billboard in?