The Buffalo Bills won’t have their fans at Bills Stadium in Week 3 to root their team on against the Los Angeles Rams. Naturally, that doesn’t mean Bills Mafia hasn’t made their presence known.

Apparently, a plane is flying over the venue ahead of kickoff and it’s pulling a banner that reads: “Together or apart, #BillsMafia loves you.”

Check out a picture of it here: 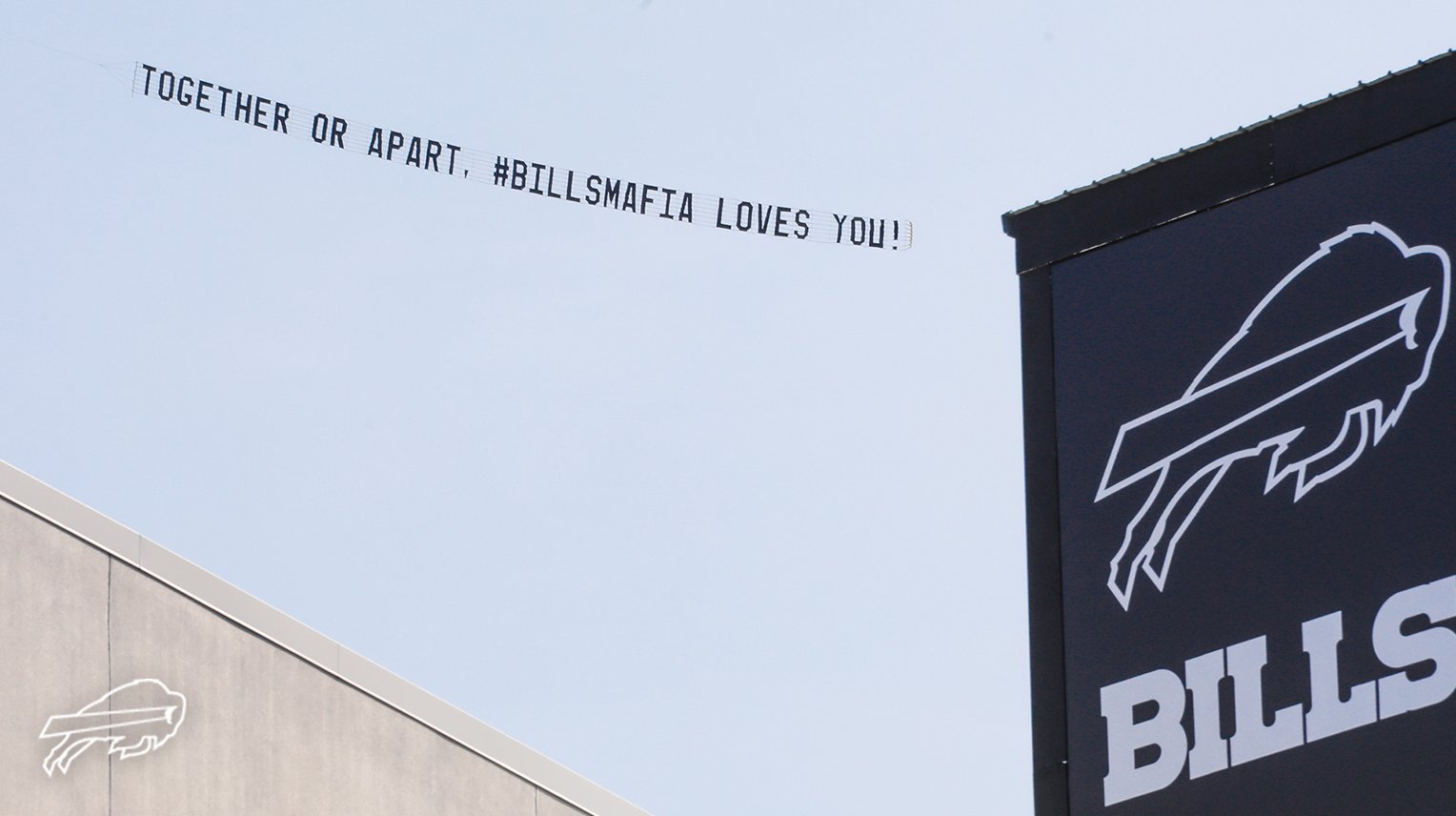 Certainly, the players will love seeing that banner ahead of kickoff. After playing the Raiders next week, the fourth game of the season, in Las Vegas, the Bills will then return home for a Thursday Night Football meeting with the Kansas City Chiefs in Week 5. There has yet to be a decision made on whether or not fans can attend that game in Orchard Park.

I wish videos would play when they’re supposed to. You can watch it if you follow the link, but juuuust in case, here it is pic.twitter.com/3B8BvGE8r0

Bills vs. Rams: 3 keys to the game for both teams

Bills vs. Rams: Behind enemy lines with Rams Wire