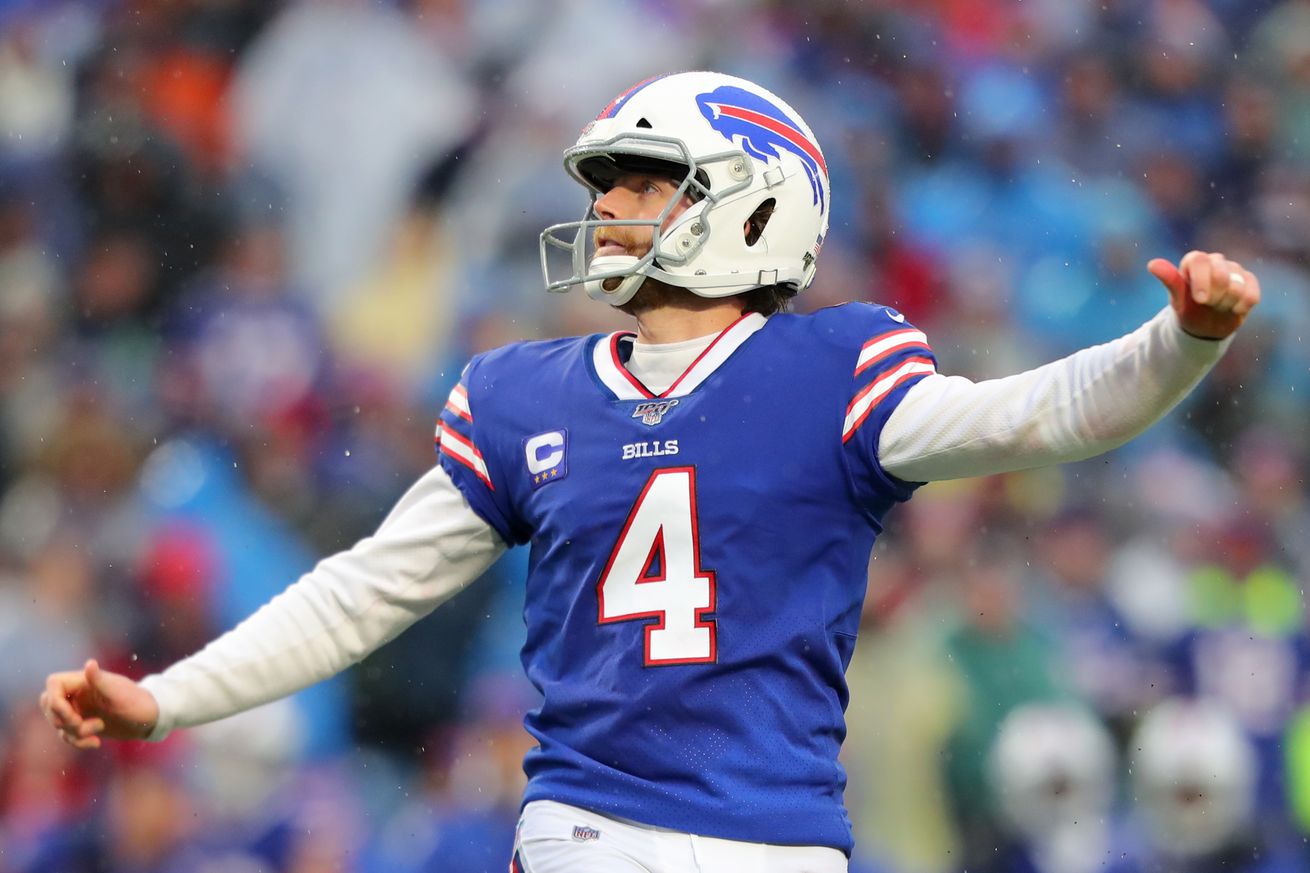 The Buffalo Bills have two kickers in training camp, and one has begun turning heads in the early going. Rookie Tyler Bass has displayed booming leg power in the first week of padded practices, lending credence to the possibility that he is a legitimate contender to take veteran Stephen Hauschka’s job.

Thad Brown of WROC tweeted on Thursday that Bass handily won the day, hitting on kicks of 56 and 52 yards with ease. Hauschka, meanwhile, was well short on two long kicks (52 and 51 yards) and just short on another 51-yard try. Brown said that Hauschka did hit on a 53-yard kick later in practice. Bass missed one kick, a 44-yard try that he hooked to the left.

In 2018, he was off to a fine start, hitting on 17 of his first 19 field goals. In Buffalo’s Week 14 tilt against the New York Jets, Hauschka was blindsided by defensive lineman Henry Anderson, and Hauschka wasn’t the same after the hit. He finished that year only five of nine, and his struggles continued into the beginning of the 2019 season. Hauschka was just 8-of-13, including an 0-for-2 showing in Buffalo’s 19-16 Week 10 loss to the Cleveland Browns. From that point on, though, Hauschka rebounded, making 18 of his final 19 field goals, including a four-for-four performance in the team’s Wild Card loss to the Houston Texans.

Bass has made a name for himself on the internet by hitting booming kicks, but his collegiate career-long make is only a 50-yard field goal. He is still making folks take notice.

“The live leg on Tyler Bass is real. The ball explodes off his foot.,” wrote Joe Buscaglia of The Athletic on Thursday.

Without preseason games, it’s impossible to simulate the pressure of kicking in an NFL contest—and even that is little indication of how a player will handle a game that matters. Kaare Vedvik, who was released by Buffalo earlier this week when the team signed Lachlan Edwards, missed an extra point and a field goal in his NFL debut, allowing the Bills to defeat the Jets 17-16 in last year’s season-opener.

This kicking competition is something to watch over the next few weeks, and if the early returns are any indication, we could be in for a changing of the guard come September.