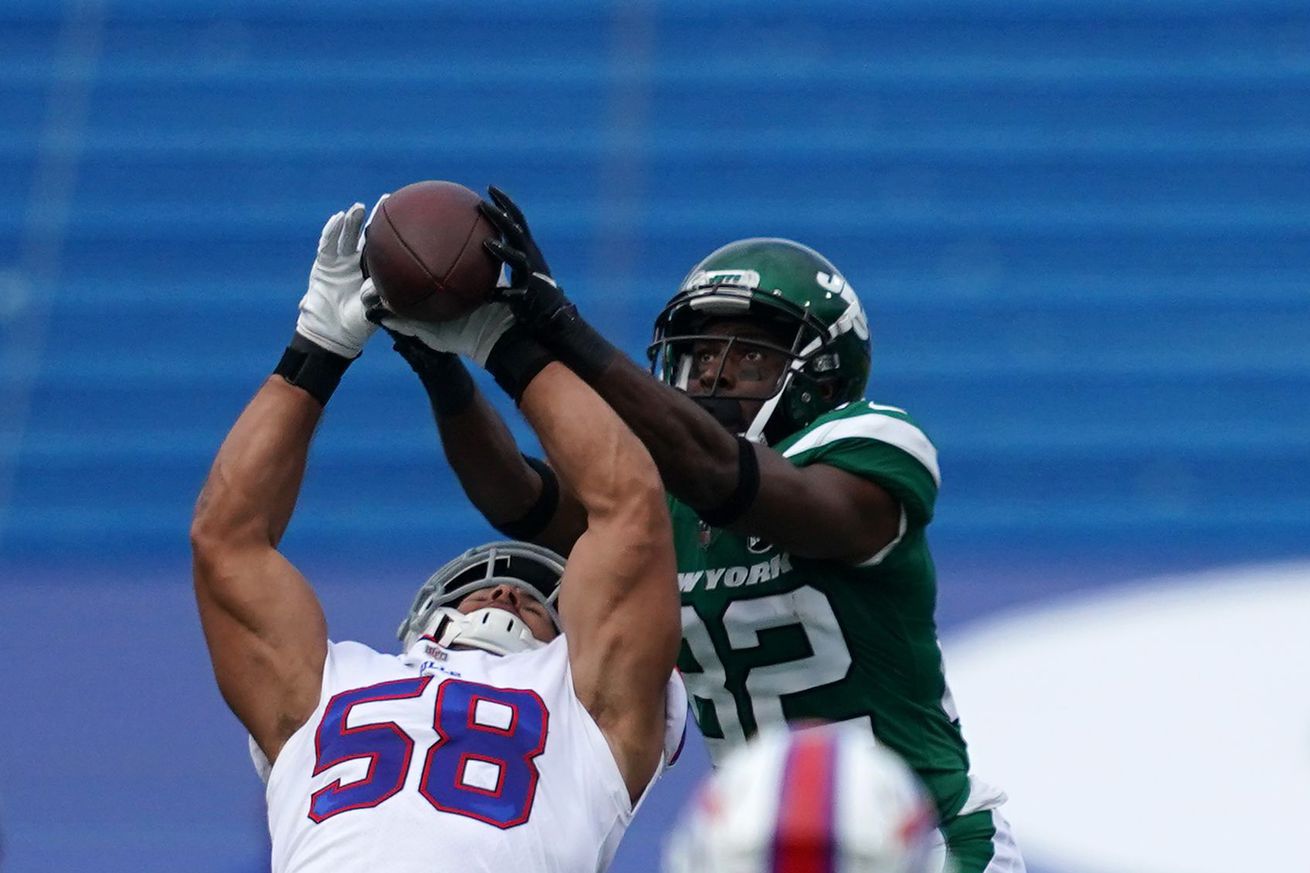 The Buffalo Bills received some good news on the injury front this morning, as starting linebackers Matt Milano and Tremaine Edmunds were left off the inactive list. Edmunds injured his shoulder and Milano injured his hamstring against the New York Jets, and both players missed last week’s victory over the Miami Dolphins. Buffalo clearly missed them on defense, as the Dolphins shredded the Bills in the middle of the field.

With both men active, Bills fans can breathe a sigh of relief against a supercharged Los Angeles Rams offense that boasts significantly more talent than the two teams Buffalo has dispatched on this young season.

Which players are inactive this week? Here’s Buffalo’s whole list.

No emergency means Fromm remains in his glass case. Josh Allen and Matt Barkley are active.

The rookie appeared on the injury report with a toe injury this week, and as a result, he was ruled out on Friday. Veteran T.J. Yeldon is active for the first time this season. Coincidentally, Yeldon was first activated last year during Buffalo’s Week 3 game, as well, with Devin Singletary sidelined by a hamstring injury. Singletary should see the majority of the backfield touches today, though it wouldn’t surprise me if the Bills had a few screen packages featuring Yeldon early in the contest.

“Rambo” suffered a concussion last week, and he will miss today’s contest as a result. Veteran blocking specialist Lee Smith is active for the first time this season, and Tyler Kroft will start in Knox’s stead. Rookie Reggie Gilliam, who caught his first career pass and touchdown last week, may see more field time, as well.

The coaching staff likes Ike, but they like veteran Brian Winters more, so Boettger is inactive yet again. Winters ate into second-year man Cody Ford’s snap share last week, which was an intriguing development after Ford played every snap in the opener.

After making his pro debut in Week 2, rookie A.J. Epenesa is active again this week. Johnson has been a special teams mainstay for the Bills, but Buffalo is keeping recently re-signed linebacker Deon Lacey on the active roster, both as a special teams boost and added insurance in case of re-injury to both Milano and Edmunds.

The third of three players ruled out on Friday, Phillips is still dealing with the quad injury that forced him to miss last week’s game.

A.J. Epenesa is active while Darryl Johnson is inactive in Week 3. #Bills https://t.co/btxptVHdCG

Here are the Rams’ inactives this week