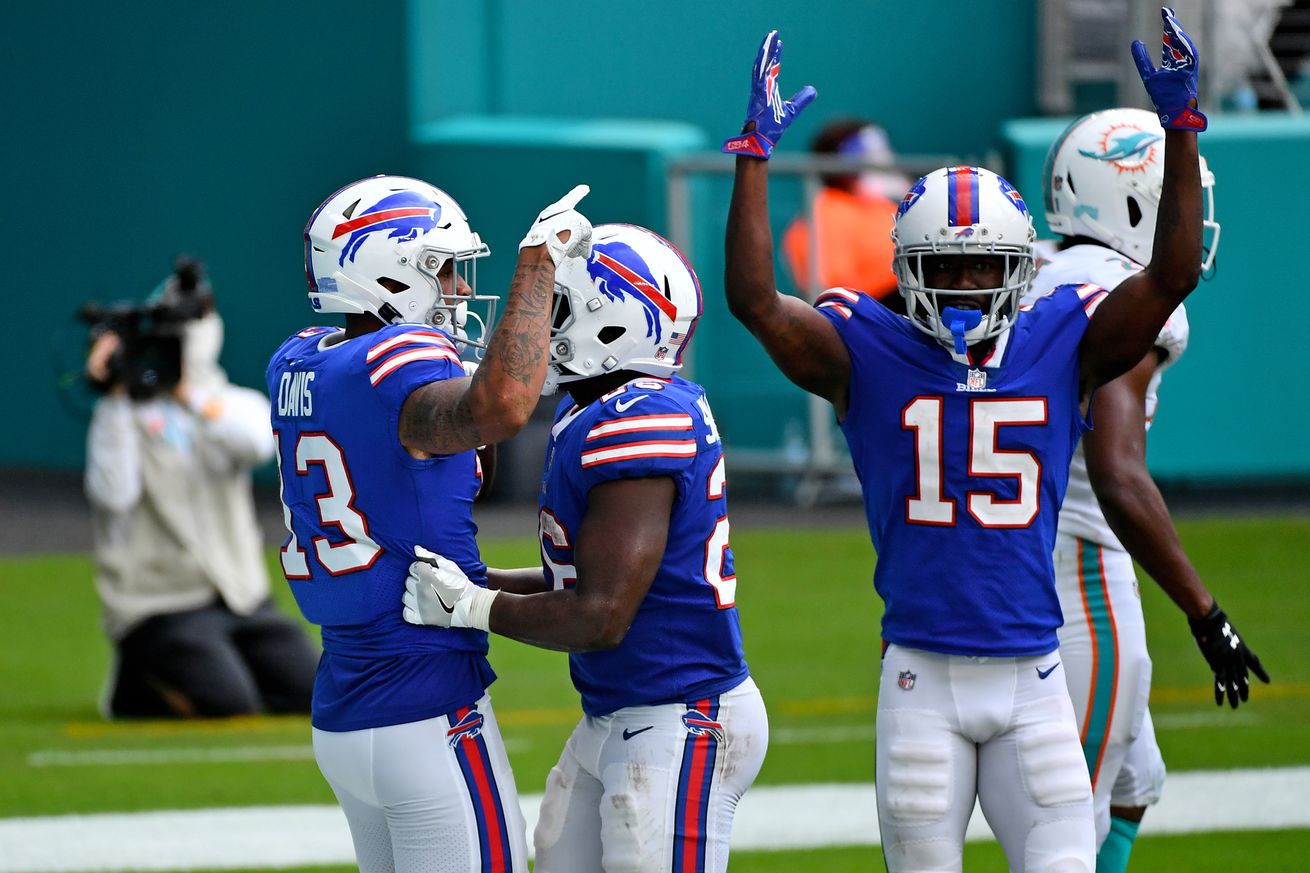 If you watched the Buffalo Bills’ offense through the first two games and thought “this is totally unfamiliar,” you were right—and not just because the team is scoring more points. In the third year of offensive coordinator Brian Daboll and Josh Allen driving the offense, the team has dramatically shifted its identity, and it’s paying off on the scoreboard.

When Daboll joined the Bills, the team had previously moved on from Rick Dennison, who implemented a run-heavy West Coast offense centered around LeSean McCoy. The first two years saw huge roster turnover and an offense that couldn’t decide if it wanted to be throwback or forward-looking. In 2018 and 2019, the Bills used 11 personnel (three receivers, a tight end, and a running back) on 70% of their snaps, but they relied on heavy packages for the rest (all personnel data sourced from Sharp Football Stats). The 2018 Bills spent 24% of their snaps with only two receivers on the field, and 3% of snaps had only a single receiver. In 2019, the team had two receivers on the field with 20% of snaps, and only a single receiver on the field eight percent of the time.

To summarize: Healthy doses of Lee Smith and Patrick DiMarco, and no hint of spread.

The 2020 Bills still operate under a core personnel grouping with 11 personnel. On 70% of their snaps this year, they’re walking out a lineup that looks like Stefon Diggs, John Brown, Cole Beasley, Dawson Knox, and Devin Singletary.

But the secondary grouping? It’s all about the pass. The Bills run 10 personnel (four receivers, one running back) on 28 plays, which translates to 20 percent of the time. They’ve run 50 percent more plays from 10 personnel than the second-place team, the Arizona Cardinals. Only one other team, the Carolina Panthers, has run more than five plays out of 10 personnel—and 20 teams haven’t used it at all.

The team’s tertiary personnel is also pass-focused: The team has used 00 personnel, a five receiver set, on five percent of their plays. And all this is despite the fact that the team has barely trailed in either of its two games this year.

The strategy seems to be a perfect example of self-scouting by the Bills’ coaching staff. Josh Allen is thriving as a passer with a myriad of targets and spread out (or even empty) formations. The team has three excellent receivers who deserve to coexist on the field as much as they can—and weapons like Isaiah McKenzie and Gabriel Davis, who’ve contributed 86 yards and a touchdown in the first two weeks—and this personnel mix allows them all to shine.