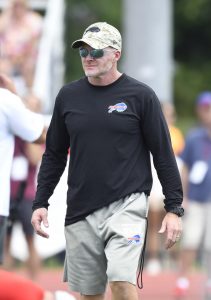 The Bills claimed Gafford and Ivie just a few days ago. Before that, Gafford was on the Cardinals’ training camp roster and had spent three seasons with the Raiders. Gafford, a cornerback-turned-wide receiver out of Wyoming, has dressed for a total of eight games as a pro.

Ivie, meanwhile, came from the Colts. He’s also had stops with the Browns, Titans, Chiefs, Seahawks, Falcons, and Cowboys. Now, he could be on the verge of his eighth NFL team.

Hester, 29 in September, was pushing to support the Bills’ talented defensive line. To date, he’s got 41 career appearances for the Raiders, Eagles, and WFT. Unfortunately, his ailing back will keep him off the field for the time being.