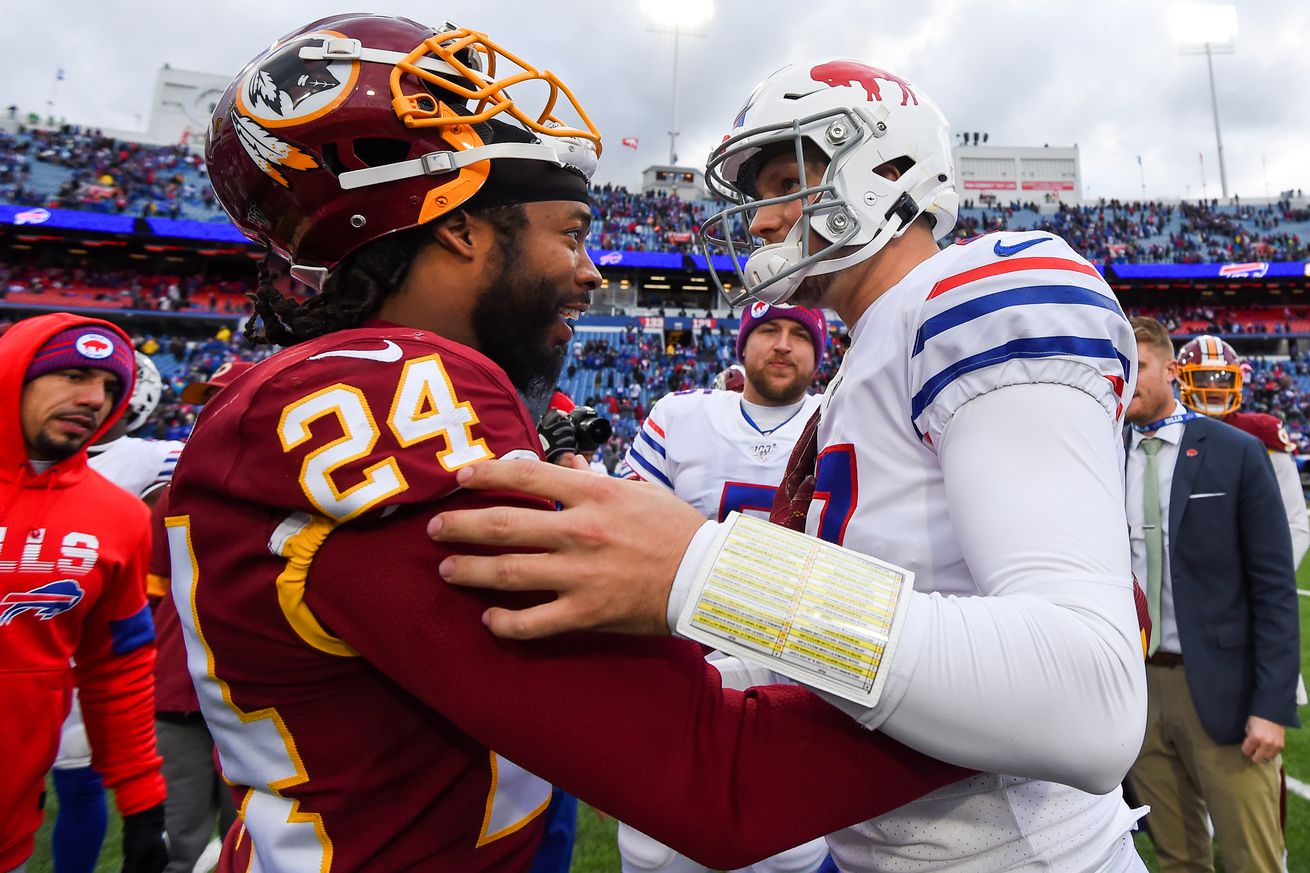 The Buffalo Bills acquired veteran cornerback Josh Norman to provide competition for Levi Wallace across from Tre’Davious White. For the season opener, at least, it seems as if Norman will be unable to play.

Sal Capaccio tweeted that Norman, who has been dealing with a hamstring injury suffered during training camp, will miss his third practice of the week today. Without logging any practice time, it’s hard to imagine Norman being active, let alone starting, the game on Sunday against the New York Jets.

Norman missed four games last season due to various ailments, and it’s fair to wonder whether the 33-year-old corner will ever come close to playing at the level that made him an All-Pro in 2015. That was his final season with the Carolina Panthers, where Bills head coach Sean McDermott was his defensive coordinator. A reunion with McDermott has led to hope that he can play at a high level again; however, it appears that we’ll have to wait at least another week to see the results.

Wallace has started the last 23 regular season games across from White for the Bills, missing only the team’s loss in the Wild Card Playoffs last season. He left Buffalo’s meaningless Week 17 loss against the Jets last year with an ankle injury. Wallace has also been dealing with a hamstring injury, but he was able to log a full practice on Thursday. Barring a setback, he should be good to go this week.

Buffalo has five active corners on their roster—White, Wallace, Norman, Taron Johnson, and Siran Neal—but the latter two players are slot corners only. Dane Jackson and Cam Lewis are Buffalo’s corners on the practice squad, and both were protected this week as per the league’s new COVID-19 rules governing practice squads. One of the two will probably be elevated if Norman is inactive.