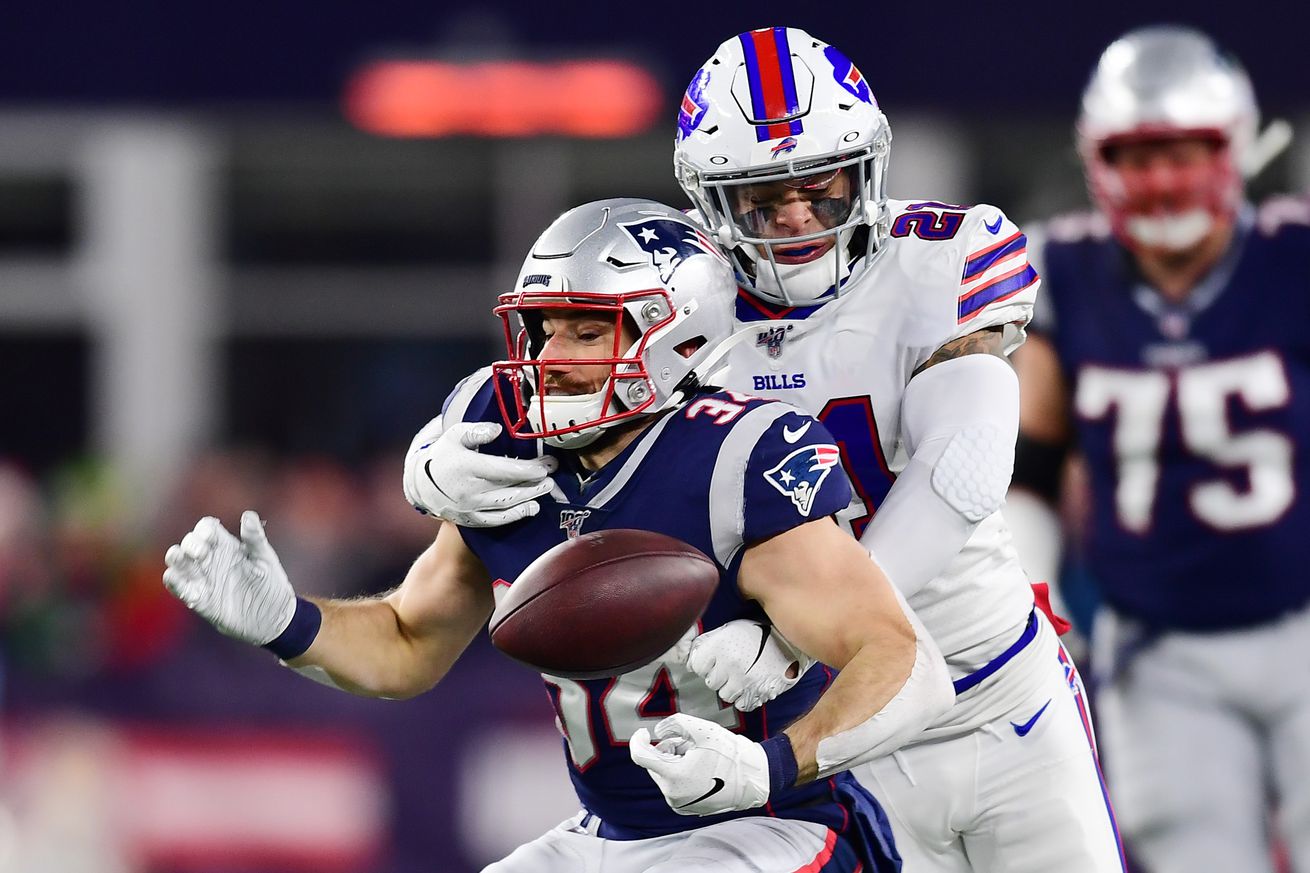 Buffalo has two of the league’s best, and one has a new contract.

The Buffalo Bills boast one of the NFL’s strongest secondary groupings. The team struggled against the pass in 2017, which was the first year head coach Sean McDermott and defensive coordinator Leslie Frazier arrived. Since that initial season, they have steadily improved as the team’s “brain trust”—which includes general manager Brandon Beane—has had time to add players to the system.

In 2017, Buffalo was ranked No. 20 in total passing yards against. In 2018, they were No. 1, and this year, they were No. 4 overall. As players have become more comfortable in the system, the team has thrived while defending the pass. Much of that success is due to an incredibly strong safety tandem.

When the Bills hired McDermott, two of the team’s first free-agent moves involved signing a pair of safeties. That duo came with some question marks, but since arriving in Buffalo, each player has been fantastic. With two outstanding, versatile safeties in the fold, the Bills have been able to disguise their intentions pre-snap while trusting their playmakers to do what they do best.

In our latest look at the state of the Bills’ roster, we profile the safeties—a deep group that stands among the best in the NFL.

The second of Buffalo’s two free-agent safeties signed in 2017 has actually been the better of the two for the duration of his time in Orchard Park. Poyer’s versatility makes him a great chess piece for McDermott and Frazier, and they use him in a variety of ways. Poyer is used as an edge blitzer, an in-the-box defender, a deep safety, a “robber” in short zones—truly, he can do everything asked of him. Poyer earned a nice contract extension this offseason which makes him the 12th-best paid safety in the NFL, in terms of average salary.

While Poyer has been the top dog in Buffalo’s safety rotation, that doesn’t discount just how good his counterpart, Hyde, has been. Another versatile player, Hyde can do everything Poyer can do, which makes the Bills’ defense that much harder to diagnose. Since their safeties are so interchangeable, it allows the team to disguise its intentions without putting themselves in compromising positions. Hyde has two years left on the five-year contract he signed in 2017, so an extension probably won’t come to him until at least 2021, if at all.

The second-year man had a much better season than he did as a rookie, mostly due to opportunity. He was essentially a special-teams player only in his rookie year, but he served as the “Big Nickel” this season—a role in which he showed great comfort throughout the year. He’s yet another late-round find on defense who was drafted to fill a very particular role, and he has done so excellently. His development will be exciting to watch as he continues to play out his rookie contract.

Marlowe is a very good reserve safety and has been in the system for a long time. The Bills rewarded him with a new contract this offseason but it’s notable that they didn’t use their Restricted Free Agent tender, instead offering him a contract for one year. He could be the team’s top reserve safety or on the outside looking in.

The exciting young safety had next to no opportunities to make an impact on defense, but he looked good in his one game’s worth of action against the New York Jets in the regular-season finale. Johnson instead contributed on special teams covering kicks. He has great athleticism and, long-term, may be someone the Bills are looking at to replace one of the top safeties in the rotation. However, that wouldn’t be until at least 2021—and hopefully, it’s not even until later than that.

A possible addition to the Big Nickel conversation, Taylor is an intriguing undrafted free agent prospect. With a loaded roster, it’ll be tough for him to crack final cuts. If he does it, it is probably by bypassing Johnson. A practice squad candidate, for sure.

A captain who started 27 games for Appalachian State, Thomas fits the PROCESS mold. He wasn’t invited to the NFL Scouting Combine and the App State pro day was cancelled because of COVID-19, so he didn’t get a chance to impress in the pre-draft process. He’s another practice squad candidate.

The top two are set in stone, with the rest of the safety position a little bit up in the air. Marlowe would seem to have a pretty strong hold on the third safety job because of his experience. Neal has been playing nickel corner a lot, so maybe he doesn’t even belong in this position group preview. Can Johnson make a big enough leap in year two to make Marlowe expendable in favor of a younger safety? The devil is in the details of the safety position beyond the dynamic duo of Hyde and Poyer.

In our 53-man roster projection following the draft, we only kept four; Hyde, Poyer, Marlowe, and Neal with Johnson on the priority practice squad.