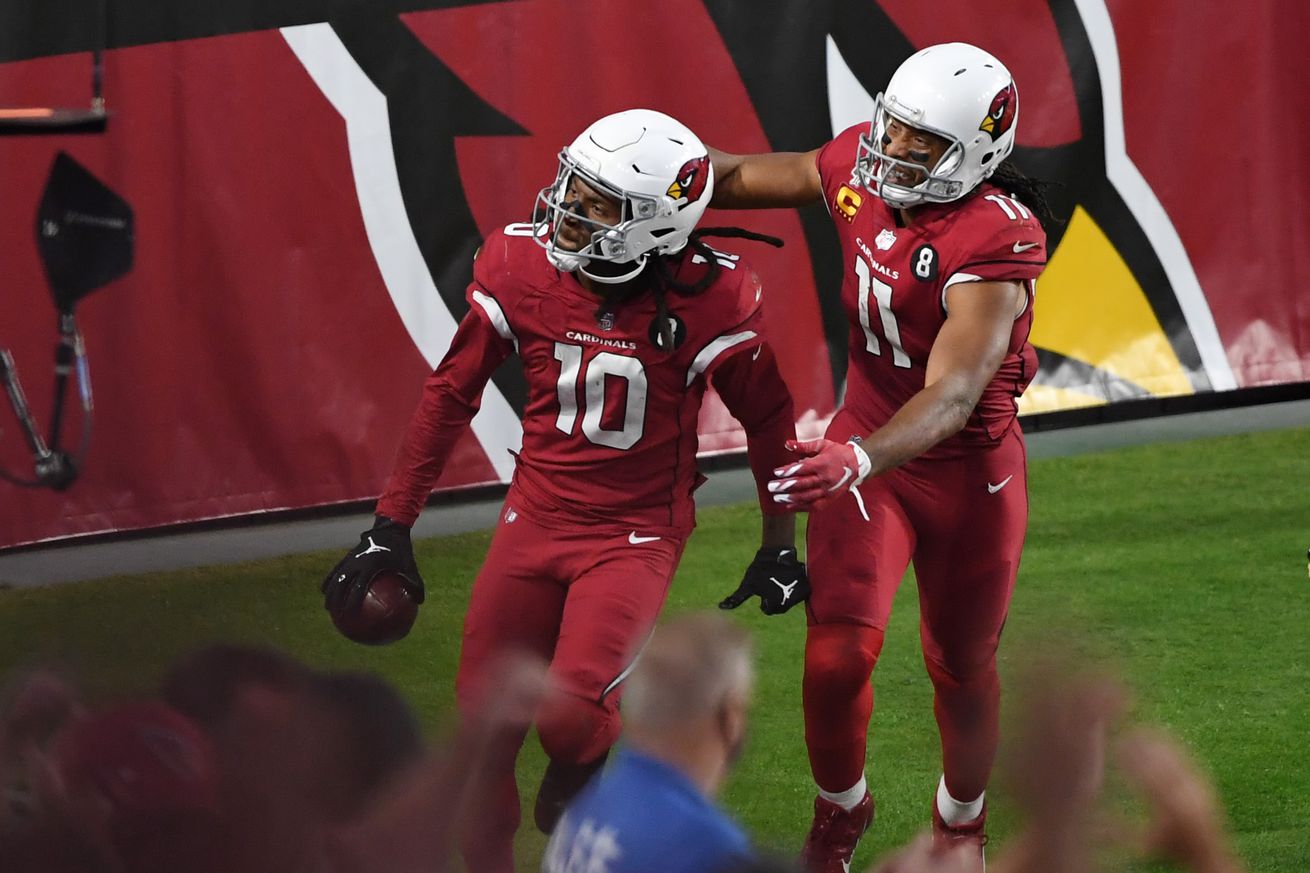 You’re bummed. I’m bummed. We’re all bummed for ice, ummm. That’s not how that goes. The Buffalo Bills lost to the Arizona Cardinals on a Hail Mary. Because the wounds are still nice and open, lets rub the salt right the **** in and take a reeeeeaaaaal close look at it.

One of the first reactions I heard was to ask why the Bills didn’t have a “hands team” out there. Instead of Tre’Davious White, Micah Hyde, and Jordan Poyer in coverage maybe things would have played out differently with Stefon Diggs and Gabriel Davis back there. The easy answer is that this was never supposed to be a Hail Mary. More than likely the Cardinals were hoping to get another chunk play to the sidelines.

The Bills’ defense came through on the pass rush. Once Kyler Murray is flushed the four-man rush plays to the edge really well. Murray isn’t getting any easy yards on this and there’s seven in coverage on the back end. Murray throws last second and honestly the speed he gets this off is pretty incredible. This is a great throw by an emerging young quarterback because he’s basically been given no other options.

Because this didn’t start off as a Hail Mary you’ll notice that everyone is tracking this ball and drifting to the end zone. As an aside, one of the reasons pass interference doesn’t get called a lot on Hail Mary plays is that everyone is able to sit in the end zone, face the quarterback and play the ball. I point that out because not only do White and Hyde bracket DeAndre Hopkins perfectly but they’re doing so while drifting down the field.

White’s jump is incredible. Hopkins has two inches on him but White is right there with him. Hyde is in great position to try to swat the ball from behind if White doesn’t break it up. Jordan Poyer is coming in from the side. This will come back up in a minute. He has the harder angle at the ball and misses. Don’t crucify him. Like I said, it’ll come back.

This angle really shows how well Hyde and White play this. White has a hand from the front and can try to rip the ball out. Hyde gets a small piece of the ball from behind. Not enough sadly for Bills Mafia.

This angle shows Hyde’s hand position better but in angle 2 you can see him try to swipe better. This angle though…

This angle shows how much White got his hand in there. He’s got a whole hand on the ball and has a really good shot at pulling it away. Go back to the first angle of the catch though because we need to revisit Jordan Poyer. Before you do though, the goal is not to bash him. What I’m about to point out is less mistake and more an “unfortunate result of physics.”

If the trio of Hopkins/White/Hyde goes straight up and then down with the ball the result could have been different. Could have. Not guaranteed. If you check that first angle you see that Poyer pushes White to the side. The result is that his hand slips off the ball. Now imagine if he lands on his feet and rips forward instead. Also note if you stitch the angles together Hyde’s attempt to swipe forward is disrupted because the ball gets pulled to Hopkins’s right as White gets shoved aside.

So why NOT blame Poyer? Seriously, how the hell do you predict that chain of events? And even if Poyer isn’t there Hopkins’s extra two inches on White could easily still have been the difference. Poyer is doing what he’s supposed to do, which is scream in from the side. White and Hyde have to outmuscle Hopkins. Poyer has a head of steam and is an effective Plan B in many cases.

We can’t discount Hopkins either. White has a full hand on that ball. Poyer’s shove and White’s hand has enough of an effect that it twists Hopkins. Let me reword that. Hopkins’s entire body is twisted because of the force applied to the ball in his hands. And he still held on. So while you can argue Poyer’s shove may have hurt White’s chances at dislodging the ball, there’s also a case to be made that it gave the Bills a better shot.

So don’t blame Poyer. Don’t blame White. Don’t blame Hyde. For what happened in the end zone don’t blame defensive coordinator/assistant head coach Leslie Frazier or head coach Sean McDermott. Credit Kyler Murray. Credit DeAndre Hopkins. It sucks to be on the wrong side of it, but what we witnessed was a near perfect defensive play get beat by a perfect effort from a star receiver.