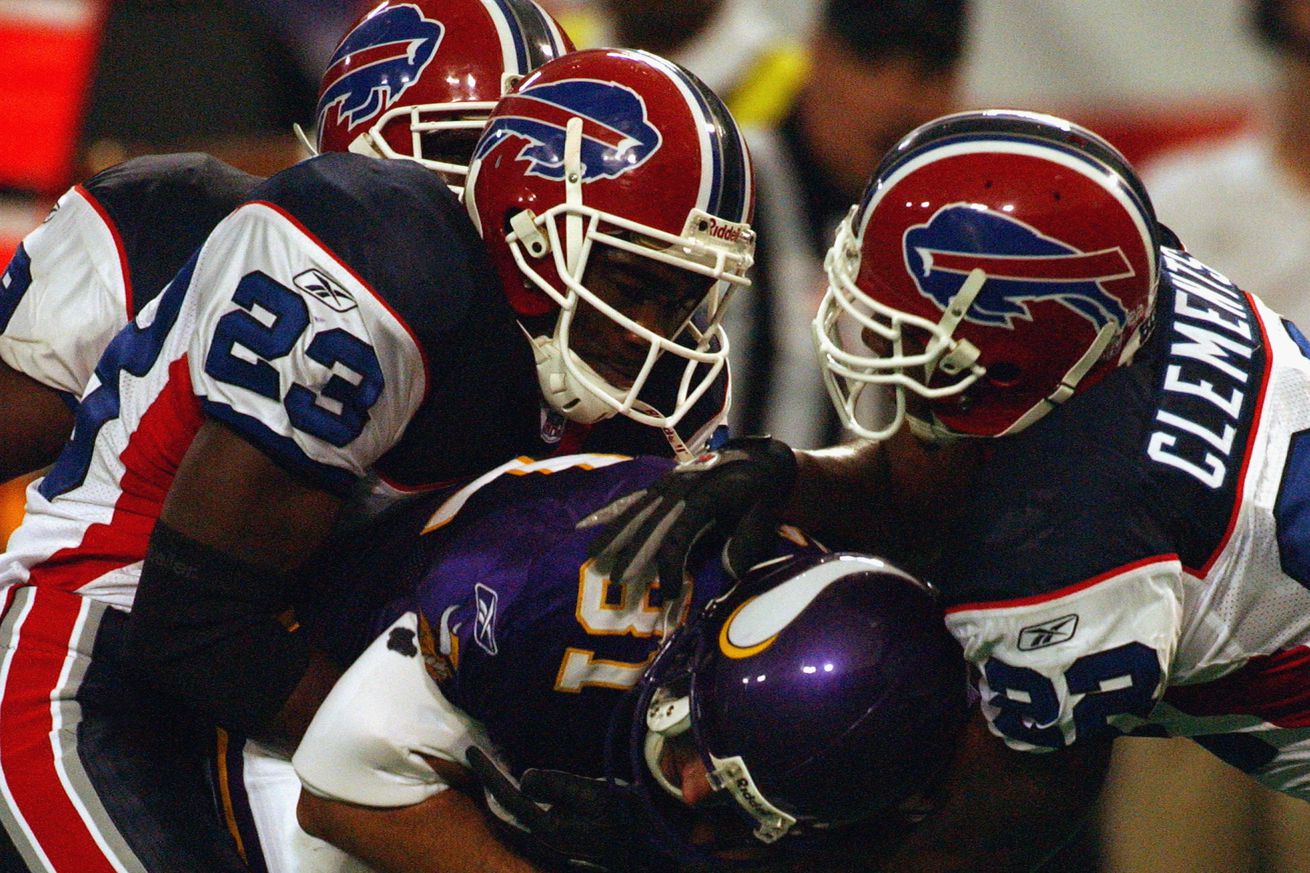 It could end up being more popular than the preseason games…

The Buffalo Bills announced that starting Friday, August 21st, they will be rebroadcasting four games they’ve labeled as “legendary.” Airing at 8:00 PM Eastern on WIVB in Buffalo and WROC in Rochester, the Bills will kick off this series with the 2002 contest versus the Minnesota Vikings. The Bills gave this description for fans who may not recall the overtime tilt:

“It’s Sept. 15, 2002, and the Bills, led by quarterback Drew Bledsoe, are neck and neck with the Vikings in enemy territory. In what quickly became a shootout for the ages, Bledsoe threw for a remarkable 463 yards and three touchdowns. A hard-fought battle on both sides, the Bills emerged victorious when Bledsoe connected with wide receiver Peerless Price on a 48-yard TD strike in overtime. During the 45-39 win, Price tallied an impressive 13 receptions for 183 yards and two touchdowns. Buffalo’s defense was also stout in the outing, sacking Vikings QB Dante Culpepper five times and forcing three fumbles.

The seemingly spur-of-the-moment announcement didn’t contain any information on which other three games would be involved in the playback or when they would be broadcast. Regardless, it’s not a bad alternative to the preseason football games we’re currently smack dab in the middle of missing.