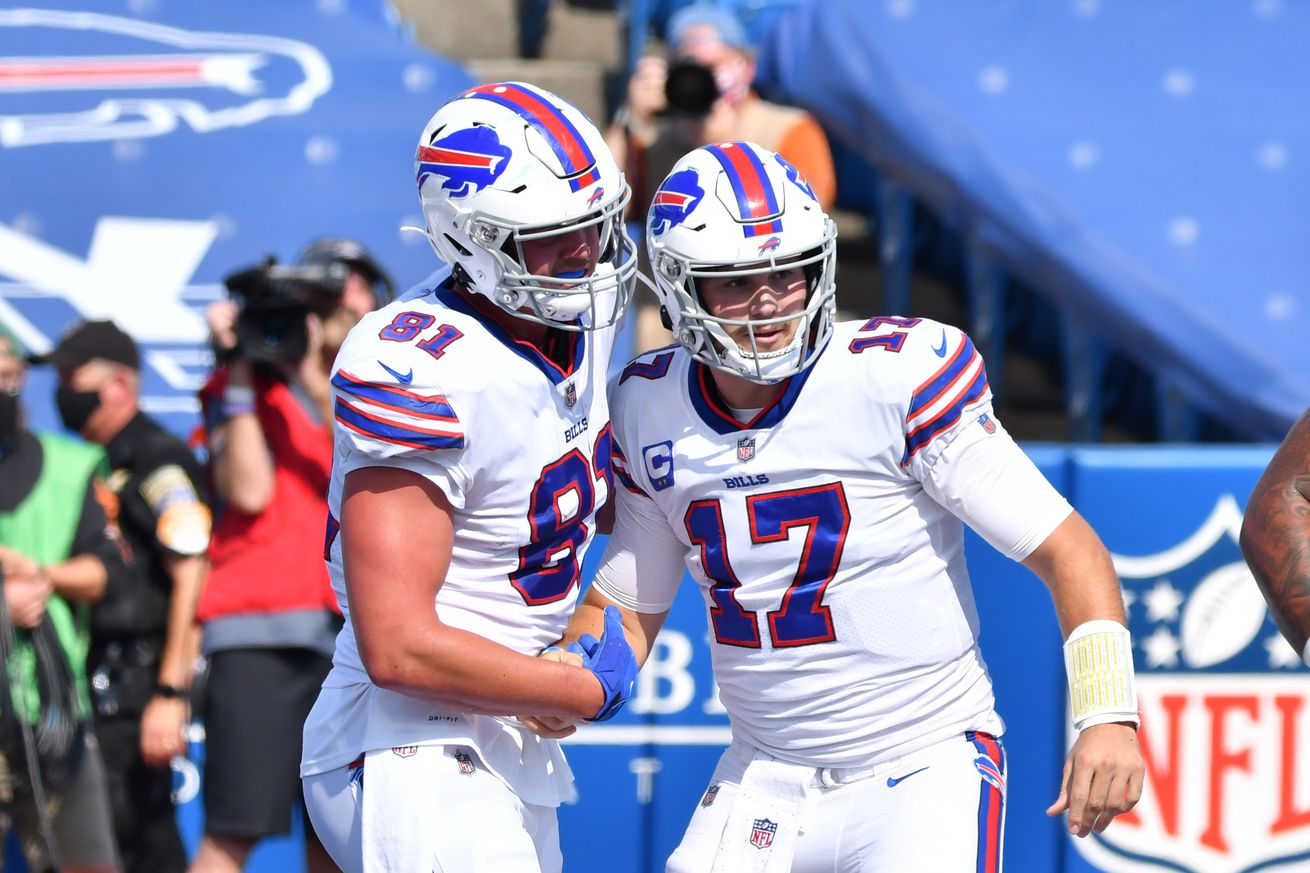 The Bills were faced with a 29-point comeback but survived to win.

Sunday’s game between the Buffalo Bills and the Los Angeles Rams was a wild maelstrom of offensive plays, dramatic comebacks, and controversial referee decisions. The Bills survived with a 35-32 win.

Early on, the Bills looked like they were running away with the victory. Buffalo’s offense was pitch-perfect, scoring three touchdowns on four first-half drives, and the defense held the Rams to a field goal kick, a missed field goal, and an interception on their first-half tries. The Bills went into the locker room with a 21-3 lead, then came out in the second half and extended their lead to 28-3 with another touchdown.

Then the Rams mounted a furious comeback, that would’ve shattered records for both franchises. They scored 29 unanswered points, as the Bills had no answer for head coach Sean McVay’s multi-threat rushing and play action offense in rhythm.

Los Angeles was aided by a stunning referee decision to call an interception on Josh Allen. Allen, in one of his “hero ball” moments, heaved up a deep pass to Tyler Kroft. Kroft had two hands on the ball, and appeared to fall to the ground with another defender clutching at the ball in his grasp. The officials ruled it an interception on the field, despite his clear possession, and did not overturn the call. What could’ve been a drive with the Bills in field goal range led to a Rams touchdown drive.

Finally, late in the fourth quarter, the Rams completed their comeback, with a touchdown setting up a 32-28 lead over the Bills. It would’ve been the largest comeback in Sean McVay’s history, and was the largest comeback the Bills had ever allowed in franchise history. But the game wasn’t over yet.

Allen, at this point being consistently harassed by Aaron Donald and the Rams’ defense, took over with four-and-a-half minutes remaining. An 18-yard pass to Cole Beasley was followed by a 12-yard sack with Allen attempting to hot potato the ball out of bounds to stop the clock. Two plays later, on 3rd-and-22, Allen hooked up again with Beasley and barely moved the chains. After a few more positive plays, Allen had the Bills with 1st-and-10 at the Rams’ 15-yard line, but somehow committed a facemask penalty while trying to avoid a sack—putting Buffalo at the 30. Allen’s second-down throw was no good, and on 3rd-and-25, Allen hit Stefon Diggs for 17 to set up 4th-and-8.

The key play, with 25 seconds left: Allen threw a seam pass to Gabriel Davis, and the rookie drew a pass interference call, giving the Bills a fresh set of downs and a stopped clock at the three-yard line. For the third time that day, Allen sifted through the bodies at the goal line, found his tight end open, and lofted a pass to Tyler Kroft to complete the comeback.

The Bills, now 3-0, scraped out of what would’ve been an all-timer of a loss. There were plenty of mistakes down the stretch, but the important part is the letter W in the box score. They’ll rest up before a 4:25 pm EDT battle with the Las Vegas Raiders next week.

John Brown left the game about midway with a calf injury. The Bills called his return questionable, and he didn’t come back in the game.

Dion Dawkins landed hard after blocking a screen pass on Buffalo’s final drive. He was helped off the field, and replaced by Ty Nsekhe.

Early in the fourth quarter, Mario Addison had trouble getting up after a play. The training staff massaged his calf, and he limped off the field. After a bit of stretching, he returned to the game.

A few minutes after that, Micah Hyde also went down on the turf with an ankle injury. Hyde limped off the field, and had his ankle taped up by trainers at the sideline. He returned to the game on the next drive.