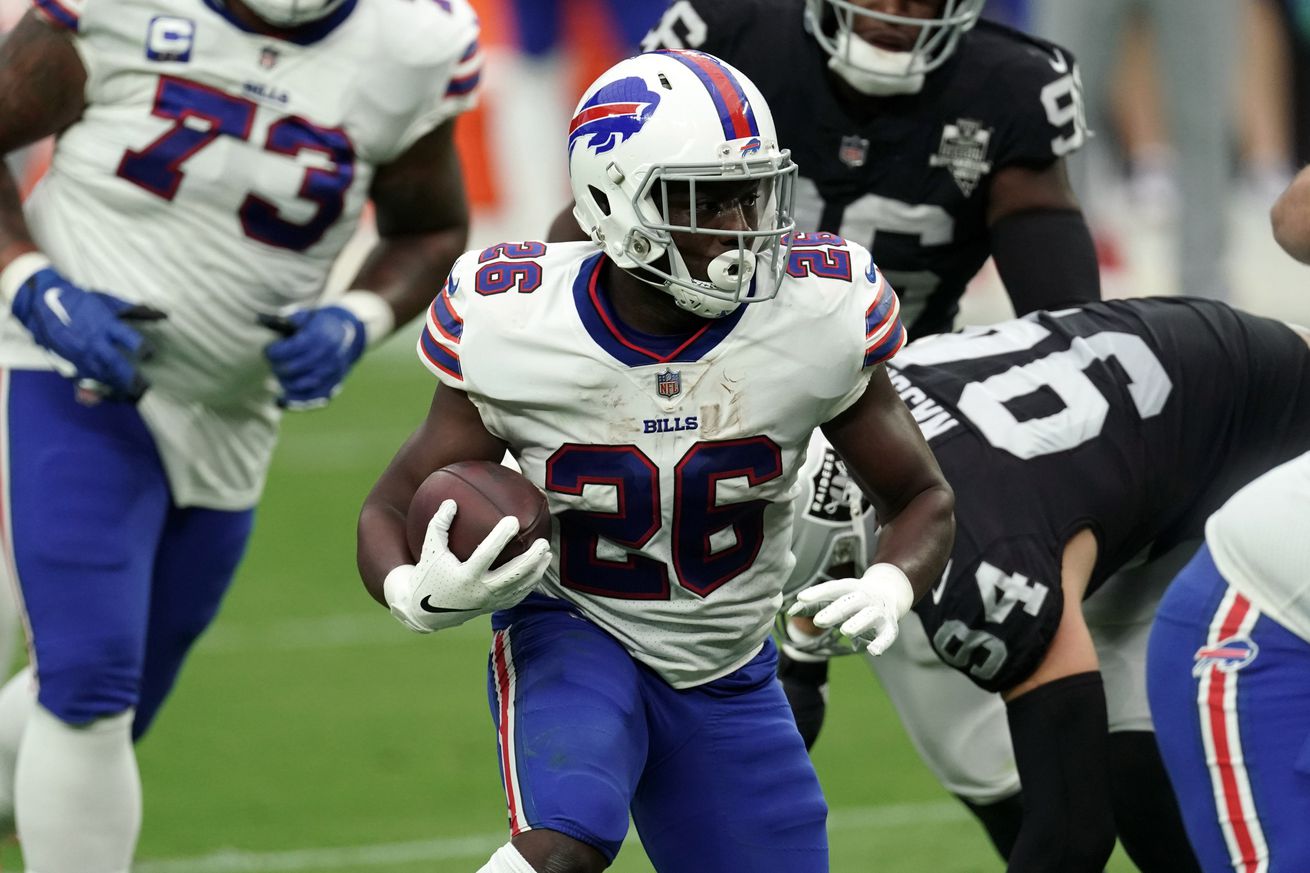 The Buffalo Bills have built a 17-13 lead over the Las Vegas Raiders with two quarters remaining to play. On the back of typically strong play from Josh Allen, the Bills are in a position to maintain a lead and win their fourth game of the year. But, as the narrative has been all season, the underwhelming defense is threatening that outcome.

The Bills have had their usual great start on offense. In three drives, Allen and the Bills have had two 75-yard touchdown drives—one ending in a Gabriel Davis catch, one ending with a Cole Beasley reception. On their third drive, the Bills made an extended trip downfield but were forced to settle for a field goal. Bills fans had a minor heart attack when Allen took a late hit on that drive, appeared to injure his left shoulder, and headed to the locker room before halftime. But he came back onto the field, helmet on head, and looks good to go for the second half.

Allen escaped injury, but a few other players weren’t so lucky. Levi Wallace suffered a left ankle injury and has already been declared out of the game. Fortunately, the Bills had Josh Norman waiting in the wings for his season debut. Cole Beasley is also questionable to return with an injury.

Defensively, the Bills still have work to do. Against a team lacking two starting receivers and two starting offensive linemen, the Bills have struggled to pressure the quarterback, and frequently been caught out of position by misdirection. The Bills were able to limit two drives to field goals, but gave up a surgical touchdown drive to the Raiders, ending with only 13 seconds left on the clock.

The Raiders are set to receive the opening kickoff of the second half, and if Buffalo’s not careful, they’ll give up the lead. Here’s hoping they keep driving to a win. Your discussion thread for the second half awaits!