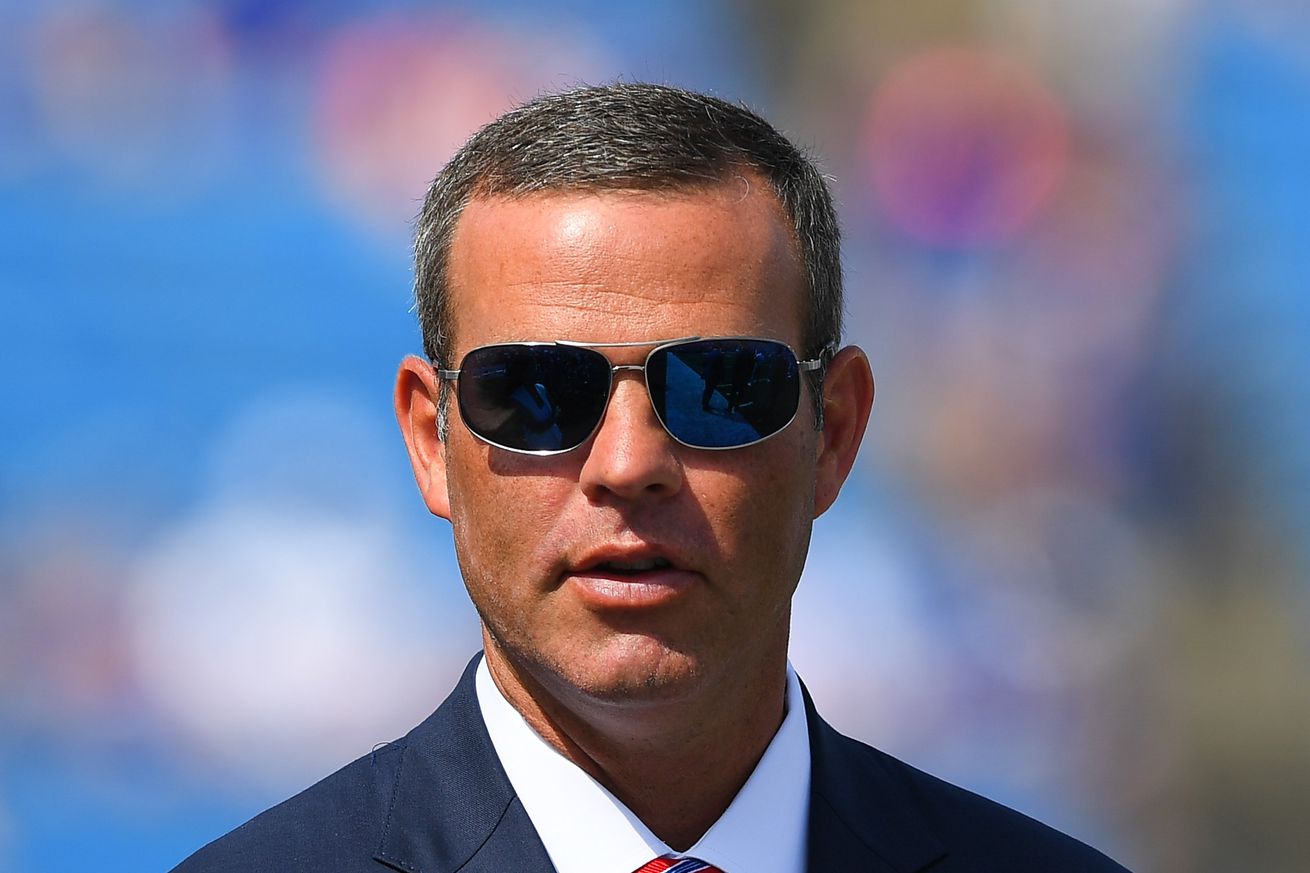 When discussing the next anticipated wave of re-signings, the Bills GM indicated that he wants to keep players but that the new cap floor makes it difficult

Following the recent agreement with left tackle Dion Dawkins on a new four-year, $58 million contract, Buffalo Bills general manager Brandon Beane’s attention immediately turns to the next wave of upcoming free-agent players. Both linebacker Matt Milano and nominal starting right guard Jon Feliciano are the two most prominent players who the team will be looking to re-sign. When asked about the potential for more re-signings coming down the road during Sunday’s press conference with reporters, Beane acknowledged his desire to bring back “those guys” but was also quick to throw some water on the fire.

“As I mentioned, it’s become harder because we’re operating off a $175 [million] salary cap, but I know the names you’re talking about and we want them here and we’ll try our best to get it done,” said Beane without giving a timeline.

The mention of the new, agreed-to salary cap floor for 2021 in this context is extremely relevant, as that change functionally represented a $20 million reduction in cap space for next year. That will make any future contract negotiations difficult, as the team no longer has much flexibility.

The news of Dion Dawkins’s new contract with the team seemingly came out of nowhere, as it was reported by ESPN’s Adam Schefter right around the time it was officially announced by the Bills. That is exactly how Brandon Beane wants things to happen, as in that same press conference he talked about his preferred method of negotiations.

“I don’t really speak on negotiations, [or] think that’s the way to do business” said Beane. “Obviously, nothing was out on Dion until it got done that’s how I like to do business and so far the agents have responded to that. We’ll see, nothing I can really give about something to be done.”

From the sounds of it, Bills fans shouldn’t expect any rumors coming out about any future contract negotiations as Beane seems to want to be in charge of a leak-proof vessel.