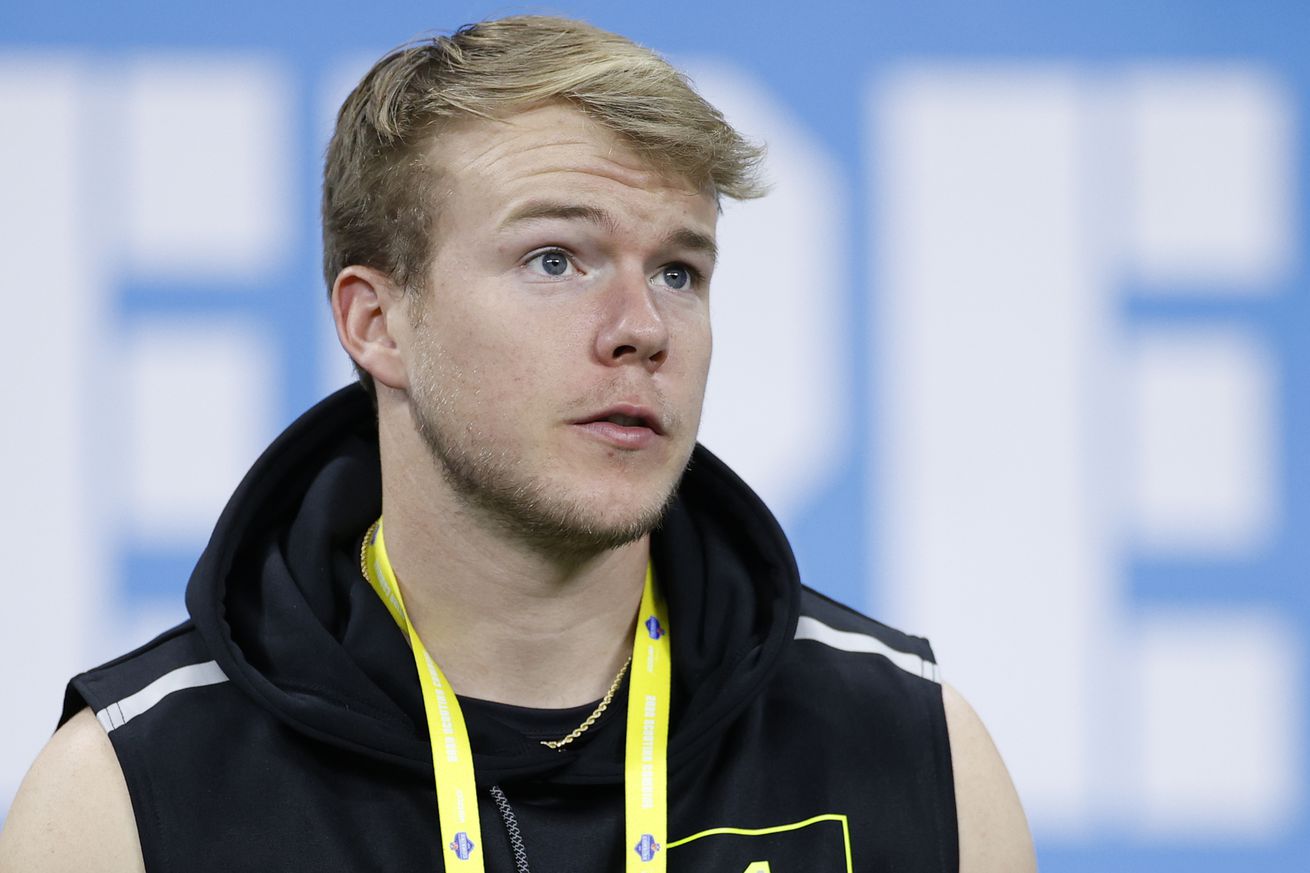 A way, way too deep dive into data to see if Bass was the way to go…

One of the more intriguing Buffalo Bills training camp battles this year took place between incumbent kicker Stephen Hauschka and rookie Tyler Bass. Prior to the battle being decided in favor of Bass, the Rumblings staff had a conversation arguing the merits between two kicker types. We pondered if the better value was a kicker who was good at routine kicks but bad at long ones versus someone who was the opposite. Naturally this led to me taking the question way too seriously and now you get to suffer through my answer.

The conversation floated around the distinction between kicks of 50+ and those 49 and under. In case it wasn’t clear we felt Hauschka was good under 50 and bad at 50+ and Bass might turn out to be the opposite.

We’re lucky enough to have three years of Stephen Hauschka data on the Bills to track tendencies. From there, I collected league information for the same span. You’ll see it better below, but we were able to compare volume and accuracy data to answer questions on a couple different ways in which a kicker can be valued.

For both ways we’ll compare 2019 Stephen Hauschka or our “Steady Eddy” kicker to a hypothetical “Boom” kicker which might turn out to be Tyler Bass’s reality. Let’s meet the kickers.

This kicker is pulled right from Stephen Hauschka’s stats of 2019. An abysmal 20% on kicks at 50+ yards is well below the three-year league average of 63%. Under 50, Eddy’s 91% accuracy actually outperformed the league average of 87%.

I took the three year averages by players and made population distributions similar to my Rule of Four. Feel free to request a longer explanation but essentially the bottom quarter of the distribution would be considered “bad” and the top quarter would be “good.” We want a bad kicker under 50 yards for our hypothetical but one who is also good at 50+. That turned out to be an 80% kicker for the shorter, and a 73% kicker for the longer ones. This turned out better than anticipated. Only 7% gap between the two distances strongly suggests a kicker who struggles with accuracy but not distance.

“More points is better” is an obvious statement but what we’re missing is the ability to quantify how much difference there might be between our two types of kickers. Here’s a table to help.

What you’re looking at is the number of kicks broken down into our two ranges. The top portion contains total league volume, which is intriguing, but we really want the bottom two lines. Those represent, on average, how often a team attempts kicks at those ranges.

This means that the average team will try about five longer kicks a year and about 26 shorter kicks in the same span. What does this mean for our kickers?

Hauschka actually attempted exactly five kicks of 50+ yards in 2019. That means, perhaps surprisingly, head coach Sean McDermott was not actually all that shy in calling them. The 20% rate though means our “Eddy” kicker only got three points in that range. The Bills only had 23 attempts at the shorter range, but extrapolating to 26 for our average season would mean 24 field goals went through for our total of 75 points.

Rounding up, our Boom kicker would make four of the five longer attempts for 12 points. At 80% on the shorter kicks, 21 kicks go through which brings us to our Boom total of…also 75 points.

For fun let’s compare to a league average kicker as it sets a nice baseline. This kicker simply follows the chart above, making three of the longer variety and 23 of the shorter.

Valuation 2: Game on the line

There’s not much time left. The Bills are down by three or less and they’re in field goal range. Which kicker is more valuable? If it’s 50+ of course you want the Boom guy and under 50 you want Steady Eddy. In making the decision though you don’t know what situation will come up in the future. So instead what I did is created a win-or-tie, end-of-game-scenario for our same three-year span to determine how often you can expect to encounter this situation.

For this we’ll be looking at kicks with 2:00 minutes or less in either the fourth quarter or overtime. We have another table that looks like the one above. The top section are the total numbers and the bottom section is how often the scenarios come up per team each season.

What the numbers suggest is that on average a team can expect about one game per year in which they are in position to kick a field goal for a win or tie at the under-50-yard range. Teams can expect to be in the same situation but needing a 50+ yard field goal once every seven or eight years. Simply stated, you are far more likely to come across the under-50-yard situation.

The easy answer is Eddy becomes more valuable because you’ll see those shorter kicks way more often. But bear with me on a thought experiment. Let’s extrapolate across eight seasons as that would typically result in at least one instance of a team needing a 50+ yarder. In that same span you’d likely have eight shorter ones for nine total game-on-the-line attempts. At the Steady Eddy accuracy rates you probably miss the longer one but make seven of the shorter ones, winning 7 out of the 9 of the times.

Using the same idea as above, you probably make the longer try but only make six of the shorter ones. In this scenario too you end up with seven wins out of nine total.

Again, this baseline comparison follows the league accuracy noted above in the second chart. The 61.5% chance of making the long one means we’ll give them the credit that they make that kick, along with seven of eight shorter ones for 8/9 total.

There’s a case to be made that it doesn’t really matter which kicker you end up keeping. Especially if you consider the question over a longer period of time. That assumes all other factors are equal which of course they aren’t. Tyler Bass is cheaper and his youth means that whatever baseline he brings to the table is likely to hold up longer. For anything beyond a season or two the Bills are right to roll the dice with Bass.

There’s a “but” though. For a team looking to be a contender and putting their eggs in the basket marked “this season” Stephen Hauschka could be argued to be the better choice. You’re seven times more likely to come across an under-50-yard kick when the game is on the line and our Steady Eddy kicker has over an 11% edge in this department. In our specific scenario too we’ve seen that Hauschka has the requisite ice in his veins—like the Houston game.

And it can’t be overstated that we don’t know if Tyler Bass will follow the Boom hypothetical. We’ll have to see the real world results to know which player was the better call.

All data courtesy of pro-football-reference.com