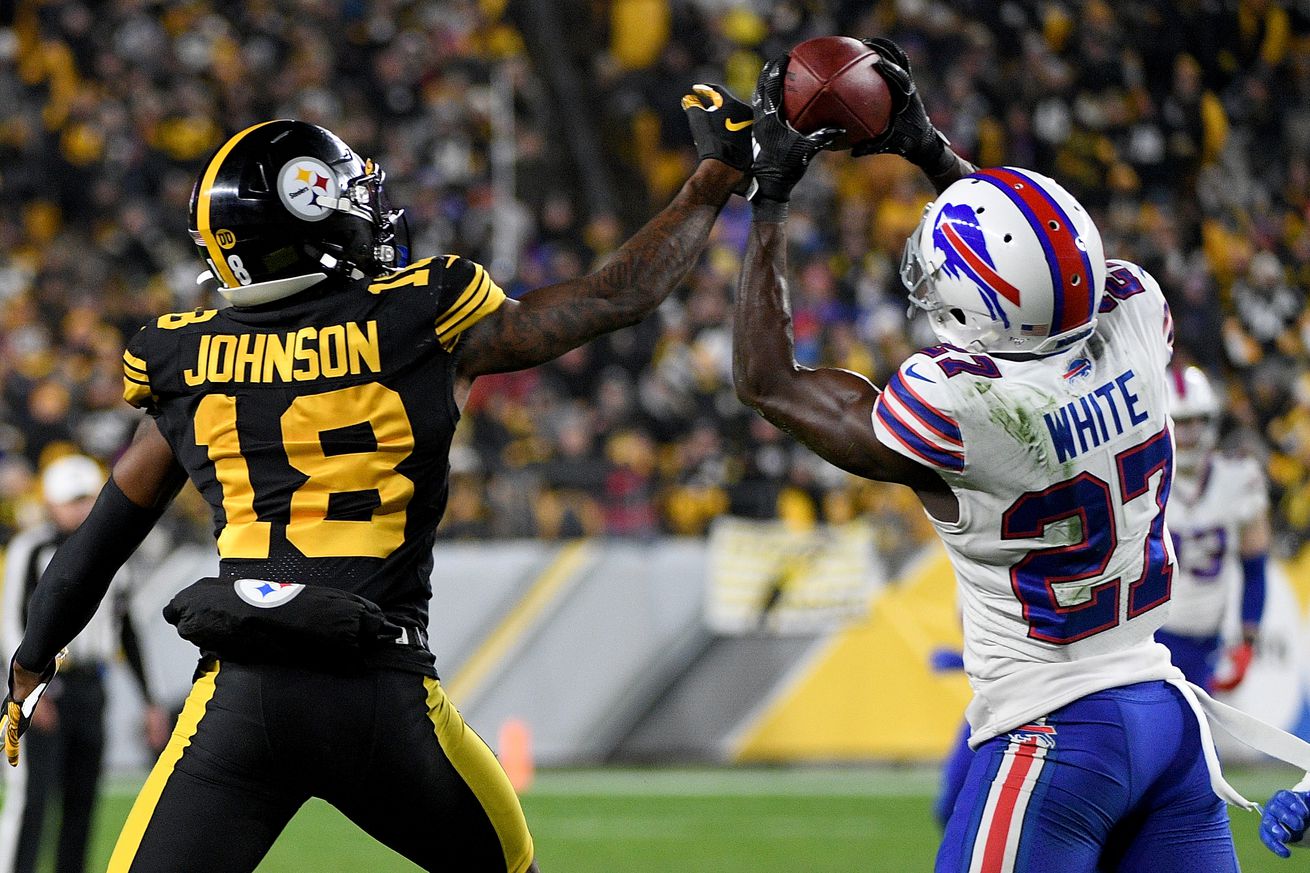 As noted in last year’s guesswork, turnover differential is one of the better statistics when it comes to wins and losses in the NFL. Buffalo Rumblings noted earlier this year that the +4 differential from 2019 was likely a contributing factor in the playoff-worthy season for the Buffalo Bills. That look at differential didn’t really give a good prediction for the upcoming season, so let’s remedy that situation.

Now that we have the latest season charted, let’s take a look at what I went on record with for my 2019 predictions. Citing stability in coaching and very little roster turnover on the defensive side of the ball, I said:

“The mid-20s is a very reasonable guess. With a projected league rate of about 21 takeaways per team, that would make for a third year over the average.”

That was a close one. At 23 takeaways, mid-20s is about right, though I admit I usually think of the mid as 4-6 range in a series. Using my own definition then, I was one off. I’ll take it.

Just like I noted last year, volatility of this metric does seem to be decreased with team stability, including both coaches and players. On the coaching side of things there’s not a lot of change to note. The biggest shakeup is the addition of Eric Washington as the defensive line coach.

On the player side, Shaq Lawson and Jordan Phillips are gone from the defensive line. Harrison Phillips should return after last year’s injury. A.J. Epenesa, Mario Addison, Quinton Jefferson and Vernon Butler should significantly change the line. A.J. Klein could shake up the linebackers, and Josh Norman and E.J. Gaines could make the secondary more interesting.

A significant flux of players could be problematic in a year with so many distractions and shortened time to get ready. That should balance out with everyone else’s offenses going through the same struggle. At least it will if we trust assistant head coach/defensive coordinator Leslie Frazier and head coach Sean McDermott—which I do.

My best guess is a slightly more disruptive line and no drop-off on the back end of the defense. I’ll be a little more firm in my guess this year and say that I think mid-20s is the floor. I don’t think a major jump is likely, but I’d be shocked with any major dip here.

Guesses on offense have the ability to be quite a bit more data based, with the quarterback the primary driver of giveaways. By the time I had made this prediction I had already modeled Josh Allen’s potential improvement from year one to two. Additionally, the 2019 guess had the ability to remove the woeful Nate Peterman and Derek Anderson turnover rates. As a result, I felt improvement was coming and even opened the door wide to drastic change with this:

“For interceptions, modest improvement is likely to occur. This would lower the giveaways by one or two over the course of a season. Based on the decade of data, it’s not unthinkable that Allen can cut his interception rate in half. That would lead to a drastic change in giveaways, possibly all the way into the teens.”

Allen’s interception rate went from 3.8% to 2.0% and as a result of that you can see that the giveaways did in fact drop “all the way into the teens.” Analytics FTW!

I think turnovers are going to go up a little bit, likely to the low 20s. That might sound weird because I’ve gone on record before that I don’t think Josh Allen’s interception rate improvement was a mirage. Allen only had two interceptions after the Week 6 bye, which included a brutal stretch of games against elite-level defenses.

On the other hand, if Allen wants to take the next step and improve his output in other areas like yards per attempt and touchdown rate he’ll need to take some more chances. I could see him sticking right around nine interceptions again, give or take a couple.

More importantly though is the fumble problem. Credited with four losses, Allen was incredibly lucky to keep the other ten that were put on the ground. Adding up all these factors I don’t see how the Bills do much better than average, which should be around 21 giveaways across a season.

If my best guesses turn out to be good ones, that puts the Bills on the positive side of the ledger again, which is almost always great news.