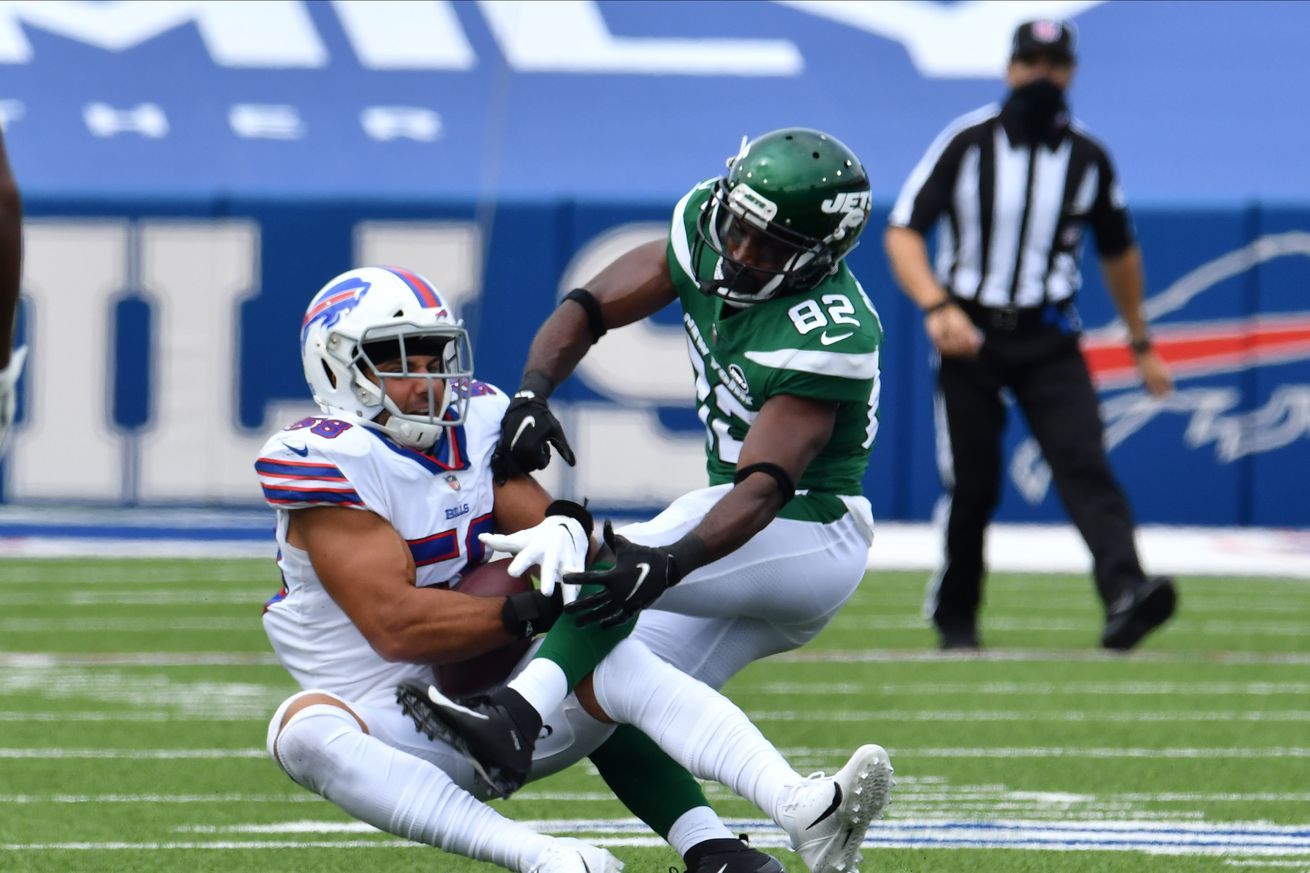 Breathe a sigh of relief.

It would seem the Buffalo Bills narrowly escaped catastrophe, after a whopping four linebackers suffered injuries during Sunday’s win against the New York Jets. Speaking with media the day after the game, head coach Sean McDermott announced that the injuries to all four players were believed to be relatively minor, of a “day-to-day” nature.

In Bills parlance, that term effectively starts each player as Questionable for the week—their practice readiness will help establish if they’re ready to play without missing any action, or if they need a week or two before they’re in playing condition.

To summarize, the following players had to exit before the game was over, leaving A.J. Klein and Tyler Matakevich as the only healthy linebackers remaining on the field:

Linebackers aside, the Bills didn’t have any other injuries of note from the game. Micah Hyde appeared to twist his ankle early on, but returned and played out the game. Tre’Davious White was taken off the field for Siran Neal later on, but that seemed to be out of caution, with the Bills leading 27-10 in the fourth quarter.