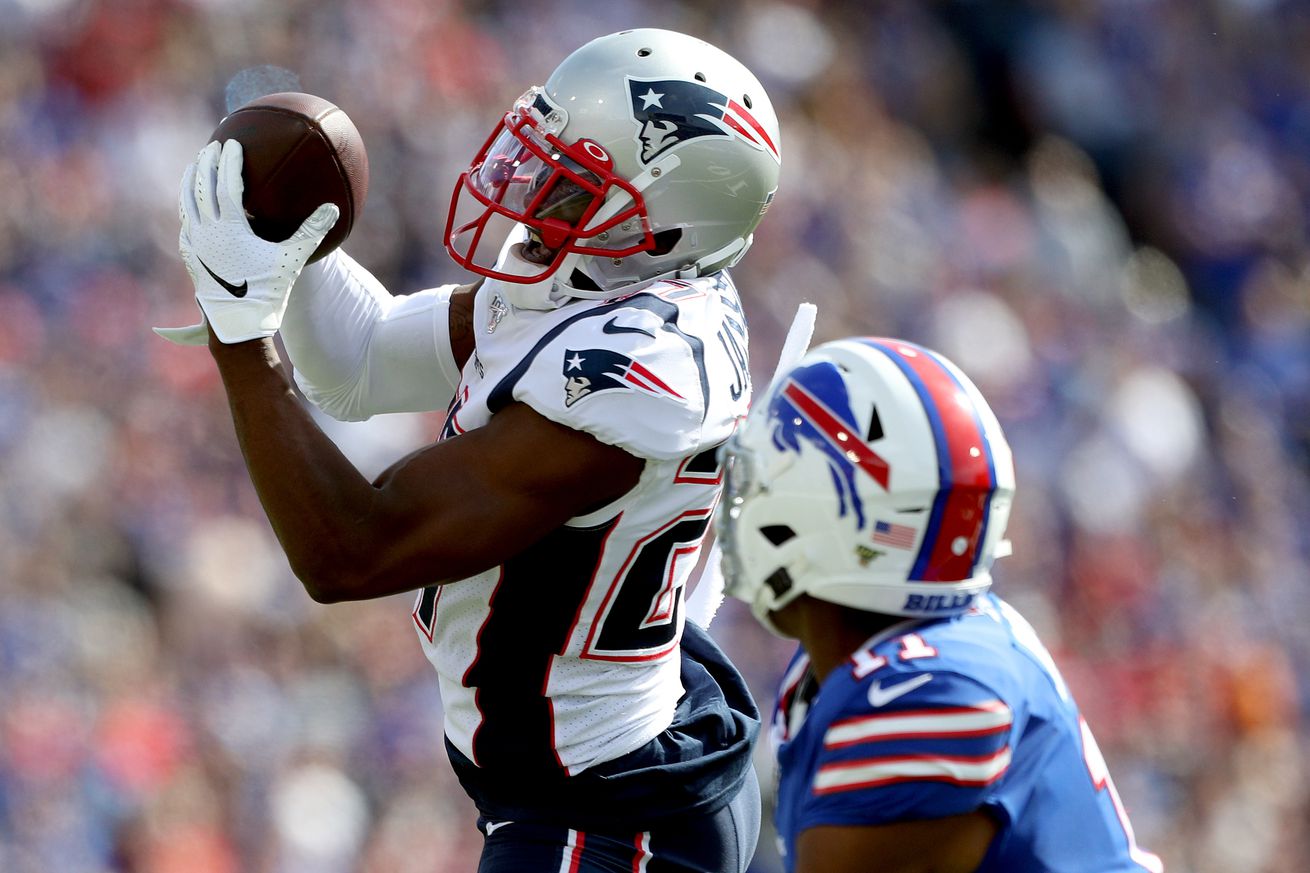 Our turnover party is nearly complete. There’s only one more stop along the way and it’s all of Josh Allen’s 2019 interceptions. Allen started off on a less-than-perfect tack but righted the ship as the year went on. What can we learn from the tape? Let’s find out.

This interception has been done to death so let’s keep that tradition going and have a whole bunch of stops in it and kill it even deader. Why? This play highlights the approach for all nine. The primary focal points are Allen’s decision making and ball placement.

For decision making, on this play you can nitpick and find two better passes on the left side. As it’s 1st-and-10 there’s a solid chance the play is specifically designed to get the chunk of five with Cole Beasley and there’s no reason they shouldn’t have succceeded. I don’t feel there’s a lot to criticize for the decision.

On the throw, it’s catchable so Beasley isn’t blameless. For Allen’s part the ball looks a little low. If you caught the triangle in the GIF you know it means I did my best to calculate speed. At approximately 48 mph it’s by no means Allen’s fastest throw but it could also stand to cool off a bit. Finally, luck plays a part here as the bounce could easily have taken it to the ground.

Another quick pass makes it hard to tell if other options might be preferable. And like the Beasley pass, this one to Zay Jones isn’t a bad decision either. Jones is open for a good chunk on second down. The ball is tipped, though, and it’s game over.

This one is pretty obvious. The mechanics of the throw go haywire as Allen is being pulled and shoved and the ball falls short and behind where it needed to go. Allen had plenty of arm to throw it away, nearly reaching the first-down marker but tried to make something happen.

This interception is the opposite of what we’ve seen so far. The rest have been overall good decision making spoiled by imperfect execution. This throw looks to be on target but Allen didn’t see the ball-hawking defensive back. It’s possible the pre-snap defensive switcheroo got him to bite.

There’s room for not only a completion but a touchdown if the ball goes over Jones. Instead poor mechanics appear to rob the throw of power and it falls into the wrong hands.

This play is officially credited as targeting Zay Jones but I’m not convinced. Josh Allen seems to be staring down Dawson Knox the entire way. Admittedly, all placement could be for either target. If going after Jones the pass is off target, but if going for Knox it’s in a good spot.

The dilemma becomes the decision making. Not knowing the play call is frustrating here. If Jones is supposed to run the route like this then Allen should have known better. If Jones ran the wrong route though, this could go down as a good throw for Allen as Jones likely clears the zone with a different pattern. I might not jump to blaming the receiver under most circumstances but Jones was on the field for precisely one snap the next Sunday and was traded the day after that.

With the play breaking down as it does it’s hard to tell the exact thought process. Allen seems to be more focused on Beasley and doesn’t see the defender crossing over with Yeldon. If that’s true it’s a bad decision in that he didn’t recognize the entire defense. If he’s trying to hit Yeldon then it’s more on the throw. You could add in a wrinkle in that case as well that Yeldon stopping was an issue.

If Allen hits this throw it’s part of a highlight reel. The ball a bit lower would have caught John Brown in stride with some possible YAC. The decision and timing are both very good. The throw is not.

Last but not least we have another bad throw on a good decision. Beasley is likely tackled immediately but after a first down.

There’s a pretty healthy mix of bad decisions and bad throws in the group. The bad decisions tend to be related to losing defenders in the shuffle or trying to make something happen when the play is over. It’s promising that the last couple were strictly bad throws despite the second half of the season being a murderer’s row of defenses. These are problems that should be expected to decrease over time as they will be tied to experience.

The bad throws may or may not be correctable. Muscle memory can be tough to overcome, and as we’ve all undoubtedly seen that sometimes it just doesn’t come together. It is encouraging that all of Allen’s interceptions can fit into one article without crashing your browser. It won’t sink the team if he doesn’t make a huge jump in this area because he doesn’t need to make a huge jump.