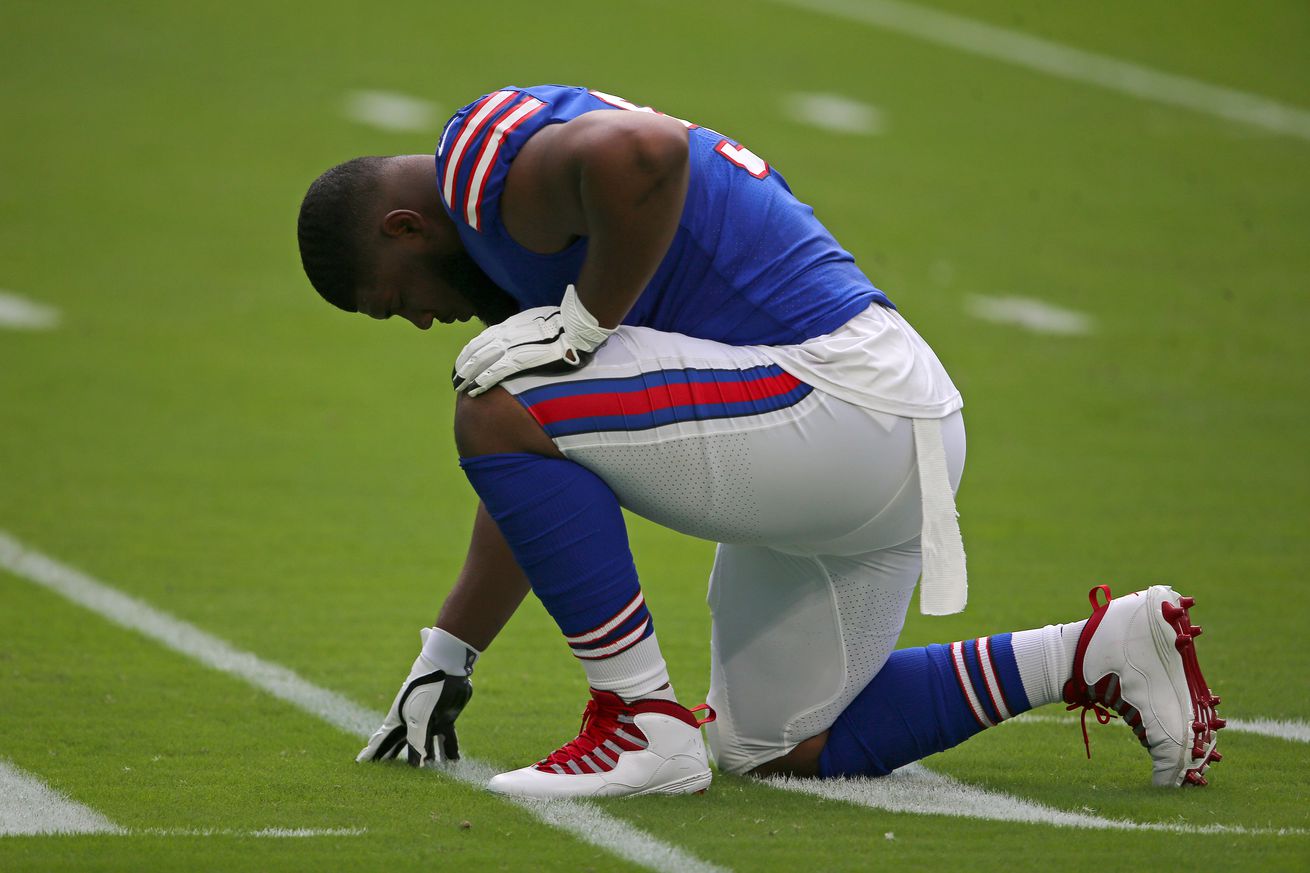 How did the second-year defensive tackle do against the Dolphins?

The Buffalo Bills beat the Miami Dolphins on the back of an amazing offensive performance and lackluster defensive one. We’re gonna take a look at the second thing and try to find a positive. Let’s see what Ed Oliver looked like trying to break through the offensive line.

Field conditions and a little rust appeared to have given Ed Oliver a bit of a slow start in the first quarter—not a bad start mind you. Even then he managed to get this sack in through sheer willpower. One of the main reasons to appreciate Oliver is his attitude. I think if he had it his way the play wouldn’t end until he said it did. Sometimes I guess that kinda happens.

He’s lined up a little further out this time and attacks more like a defensive end. This looks like he’s being asked more to contain the play and Oliver does a good job keeping clean so he can adjust to the play. Even when there’s not a major impact play, Oliver is usually doing a few things to like. Of note, a second lineman tries to engage and Oliver reflexively uses a swim rip move to make sure it doesn’t happen.

*Credit to JJ_Brice for the correction on what move was used.

All I’m gonna say on this play is that Ryan Fitzpatrick is likely thanking Trent Murphy for getting the crazy amount of push he did. Oliver has enough time to pull up and avoid a penalty but that’s not what you want to see when you look up.

Again we see him tracking the ball and play. And Again we see yet another tool in the kit. Unable to latch onto Oliver, the center can’t dictate where the block goes. Oh yeah, this is yet another spot on the line he was asked to play.

I’m just going to keep hammering this home. Oliver was all over the line and showed off a pretty incredible array of techniques for one game.

He didn’t get there quite in time but he made sure Fitzpatrick had to throw rather than tuck and run. The right hand on this play is fantastic, definitely earning the slow mo treatment. The shove toward the ground on his opponent’s arm sends him off balance and makes him easy to move around.

Just when you think I’m done showing some success with a new technique I get to pull out one more. There were several times in the game he was asked to go through his man and overall he did well.

One more for the road. Oliver was up against double teams a fair amount and held his ground well. For this play, he shows off good timing and ability to shed when needed to.

For this week I leaned a bit toward highlights for Ed Oliver. It wasn’t solely highlights but the plays above tend to skew above the average. There were a couple I’m sure he’d rather I not immortalize in GIF form and of course a larger number of reps that were fine but not as good as most of what’s above.

There’s a good reason to lean this way. Looking at the plays above, I’m betting none of them came across as anything amazing. However, they represent an incredibly diverse skill set where most of the techniques are at minimum in the “good” category. If he continues to develop as he has been, that’s excellent news for the Bills’ defense.