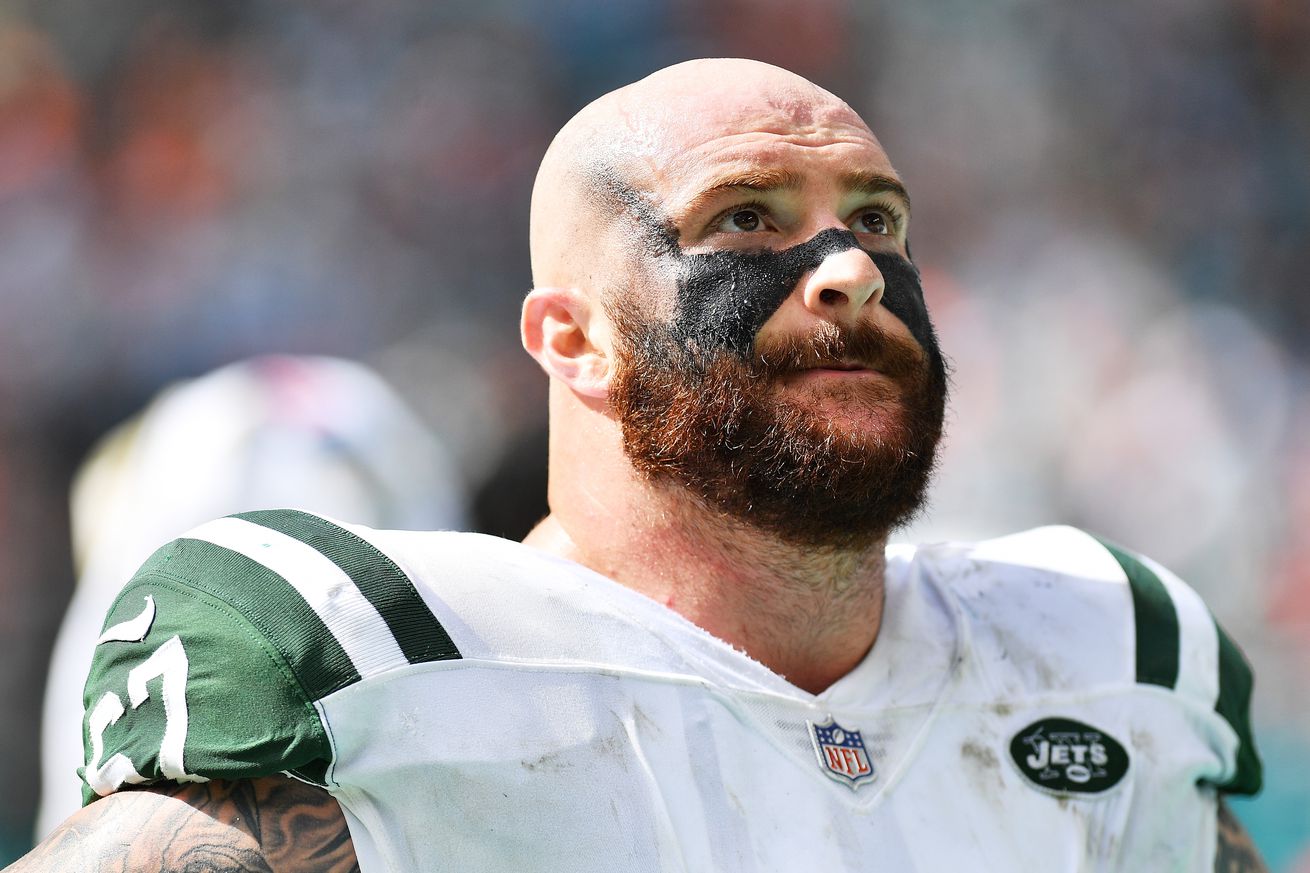 Before any real practice could get underway the Buffalo Bills already lost a starter to injury. Right guard Jon Feliciano tore his pectoral muscle and will likely be sidelined for quite a bit of time. Interestingly enough, the New York Jets cut starting right guard Brian Winters not long after. Bills general manager Brandon “Magic” Beane connected the dots and now we have a right guard to review film for.

Yeah I know. You want to know about “talent.” Or “athleticism” or “execution.” Fine. Sure. Those things are important. But so is attitude and if we have Sean McDermott pegged, he likes players that fight through the whistle. And this play isn’t an uncommon thing to see from Brian Winters. It’s also nice to see that the attitude ends with the whistle.

This play shows off a common approach used by Brian Winters. He likes to have fast hands that piston and punch rather than grab. This play shows a major benefit of the approach as the fast action allows his hands to reset to ward off the spin. If a player grabs and can’t disengage quickly enough, the spin can pull the hands out of position and throw the offensive lineman off balance.

Here’s the downside to fast hands. Because Brian Winters’ hands only briefly make contact, there’s nothing to prevent an opponent from slipping away at will. There were a number of instances in the games I reviewed where latching on would have been the preferable tactic and this tendency can lead to trouble.

It’s definitely not uncommon for a lineman to be asked to help out his teammates and Brian Winters did his fair share of it. Overall I liked his ability to scan and react and juggle quickly changing assignments.

Winters likes to one arm on blocks which helps him transition assignments by keeping his jersey clean of hands. The attack angle on Star Lotulelei here is a help when it comes to leverage, but the fact that Brian Winters can make this push with one arm means he’s got at least a decent amount of power.

He is not however a juggernaut. Ed Oliver isn’t a slouch by any means. He’s also only about 40 lbs lighter than Winters and was able to get lower on this play. Oliver wasn’t the only one able to walk him back a bit though it was hardly a routine. All this is to say that Winters likely falls in the “average power” range.

This play pulls together a lot of the positives from above. The ability to read and react to this is excellent. It’s hard to find fault with the execution either.

Finally we have Winters on the move. It’s a capable second-level block and not exceptional in one direction or the other.

After seven years on the team and 79 games started you’d expect that the Jets would be the team that best knows Brian Winters. And maybe they know something we don’t but Winters doesn’t seem like a player you’d be in a hurry to get rid of. While there’s nothing to suggest Winters will turn into a household name there’s also nothing to suggest he’s not a solid starter. On the offensive line that can’t be taken for granted. Assuming he returns to form from his injuries last season, there’s an excellent chance the Bills have a new starting right guard.