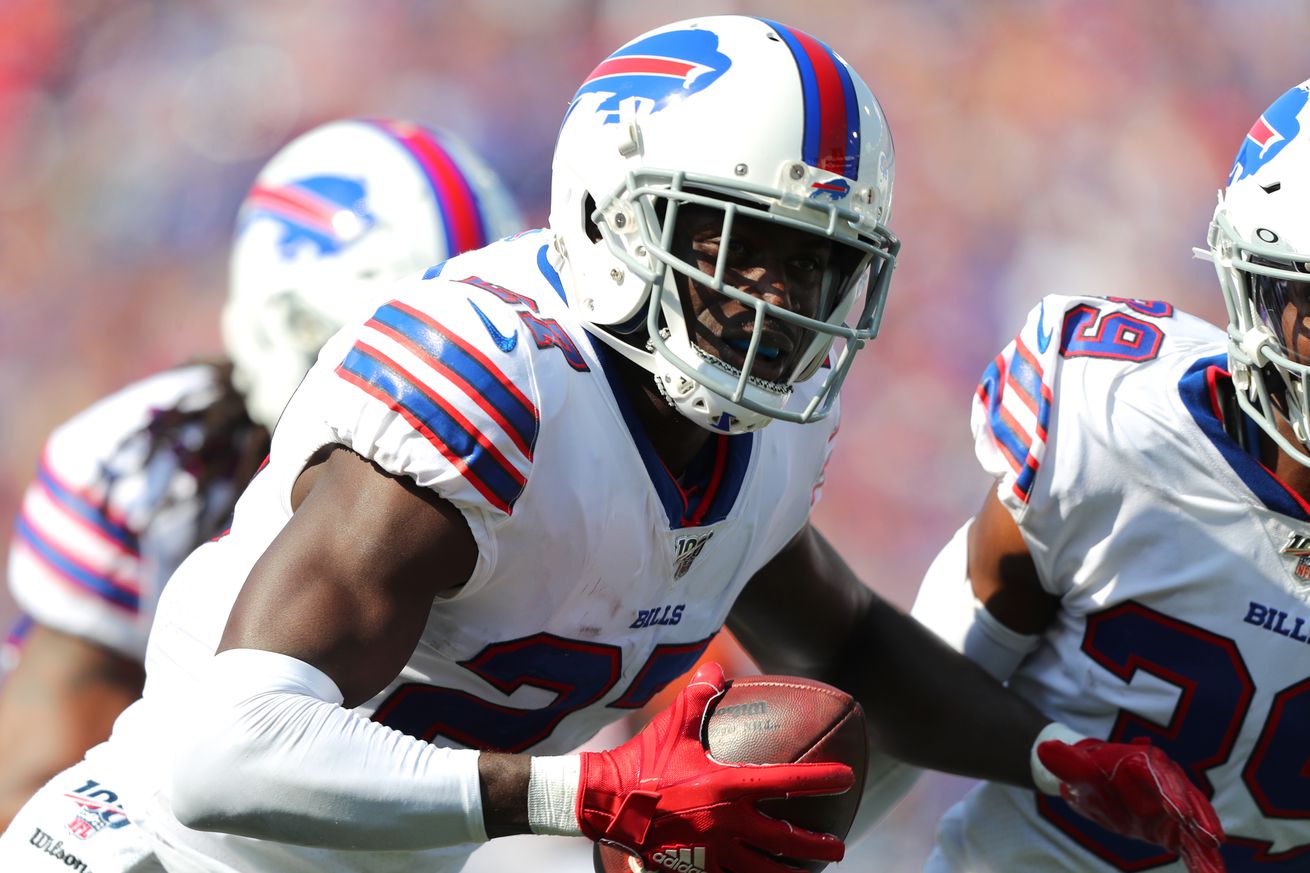 Sometimes luck is all about what you make of it.

One of the most thrilling aspects of sports is that at any moment something unexpected and awesome can happen. Like the Buffalo Bills forcing a fumble. For moments like these there’s no such thing as “too much.” Buffalo was credited with 16 forced fumbles last season but should we expect to see similar numbers moving forward? Let’s check the tape to see if there’s such a thing as “making your own luck.”

When I think of forced fumbles this is what comes to mind first. A vulnerable player and a fortunately timed collision dislodges the ball. The stunt and execution by Harrison Phillips and Lorenzo Alexander certainly aren’t luck. They earned their way to Eli Manning. But knocking the ball loose was a bit of luck here.

This one is similar. Taron Johnson times his hit well. Matt Milano and Jerry Hughes do their job and make sure there’s no room to step up for Carson Wentz. The Bills schemed a sack, but the loose ball again took a bit of luck. I was able to track down good video of 15 of the 16 forced fumbles. Of those, I’d personally consider six or seven to be the result of a hard hit at just the right time like our first two plays. Let’s take a look at the other eight and see if there’s a pattern.

At first glance with the All-22 this looked like a ball jarred by a big hit. Meshing the angles together, though, it’s clear that Micah Hyde was intentionally going for the ball.

This isn’t the first time Tre’Davious White has looked like he’s gone for a knockout punch to get the ball on the ground. It’s not the last either.

Jordan Poyer very carefully lines up to make the tackle. And while his punch wasn’t as vicious as White’s there’s no doubt about what he was trying to do.

It only took the one angle to see what Ed Oliver was up to. He saw the opportunity to swipe for the ball and took it.

I like the pull move from Trent Murphy because it’s a classic wrestling technique. But I digress, we’re talking forced fumbles and Murphy has the choice to lay the boom or go for the ball. At this point I think maybe we should consider the idea that the Bills are being asked to go for the ball.

What will Matt Milano do? Yeah, he’s throwing punches too.

This one is a little more questionable as to how intentional it was to go for the ball, but it’s a good clip and it sure looks like Shaq Lawson is swiping while tackling.

And another Jordan Poyer punch for good measure. It doesn’t even matter what angle of approach a Bills defender is taking. They’re gonna punch that dang ball out if they can.

As I mentioned, there were 16 forced fumbles credited to the Buffalo Bills and I was able to find good video of all but one. That means with eight instances where it’s pretty clear that the goal was to get the ball on the ground. 50% of the Bills’ forced fumbles were due to them making their own luck.

The pattern held true for each position group as well. From front to back, the Buffalo Bills are emphasizing punching and stripping the ball whenever possible.