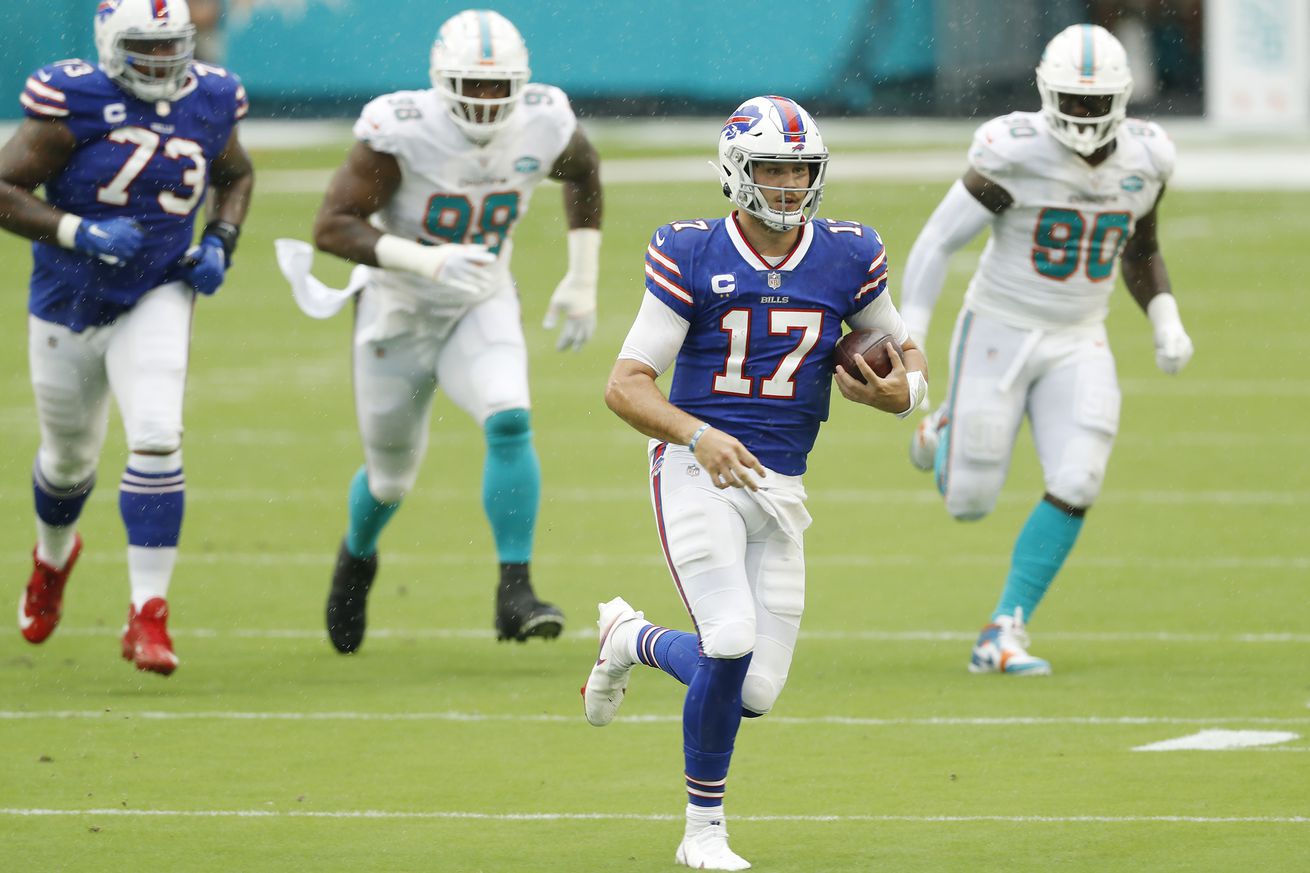 No matter what happens next week, the Buffalo Bills will still be in first place in the AFC East 13 days from now. Bills fans, understandably upset after a last-second loss to the Arizona Cardinals, are worried about the Miami Dolphins usurping them at the top of the division but it can’t happen in Week 11.

The Bills are 7-3, the Dolphins are 6-3, but Buffalo has already beaten Miami this season. Buffalo is still going to be the 3 seed a week from now and they will still be in first place in the AFC East no matter what happens on the Bills’ bye.

If Miami beats the Denver Broncos next week, they will get to 7-3 but lose the head-to-head tiebreaker with the Bills because Buffalo already beat them. The Bills also have the division record tiebreaker locked up, having gone 4-0 in their first four games in 2020. Miami is 1-2 in the division and the best they can hope for is to tie the Bills. That would then go to record in common games and Buffalo has wins over the Jets, Rams, Raiders, Jets, Patriots, and Seahawks (6-2). The Dolphins have wins over the 49ers, Jets, Rams, Cardinals, and Chargers but losses to New England and Seattle with games coming against the Chiefs, Patriots, and Raiders. At 5-2, Buffalo still has the advantage there, too.

The Dolphins have won five straight games to go from 1-3 to 6-3. Three more wins against sub-.500 teams would give them eight straight victories heading into their game against the Chiefs. That would be an amazing run, especially considering a QB change in the middle of it. It would also be a hard trajectory to maintain.

Buffalo still has a commanding lead in the AFC East and games against four teams currently under .500 in the Patriots, Broncos, Chargers, and 49ers. The Bills just need to take care of business and get to 11-4 (or better) heading into Week 17 where they play the Dolphins in Buffalo. At worst, that should be a game to decide the AFC East champs.