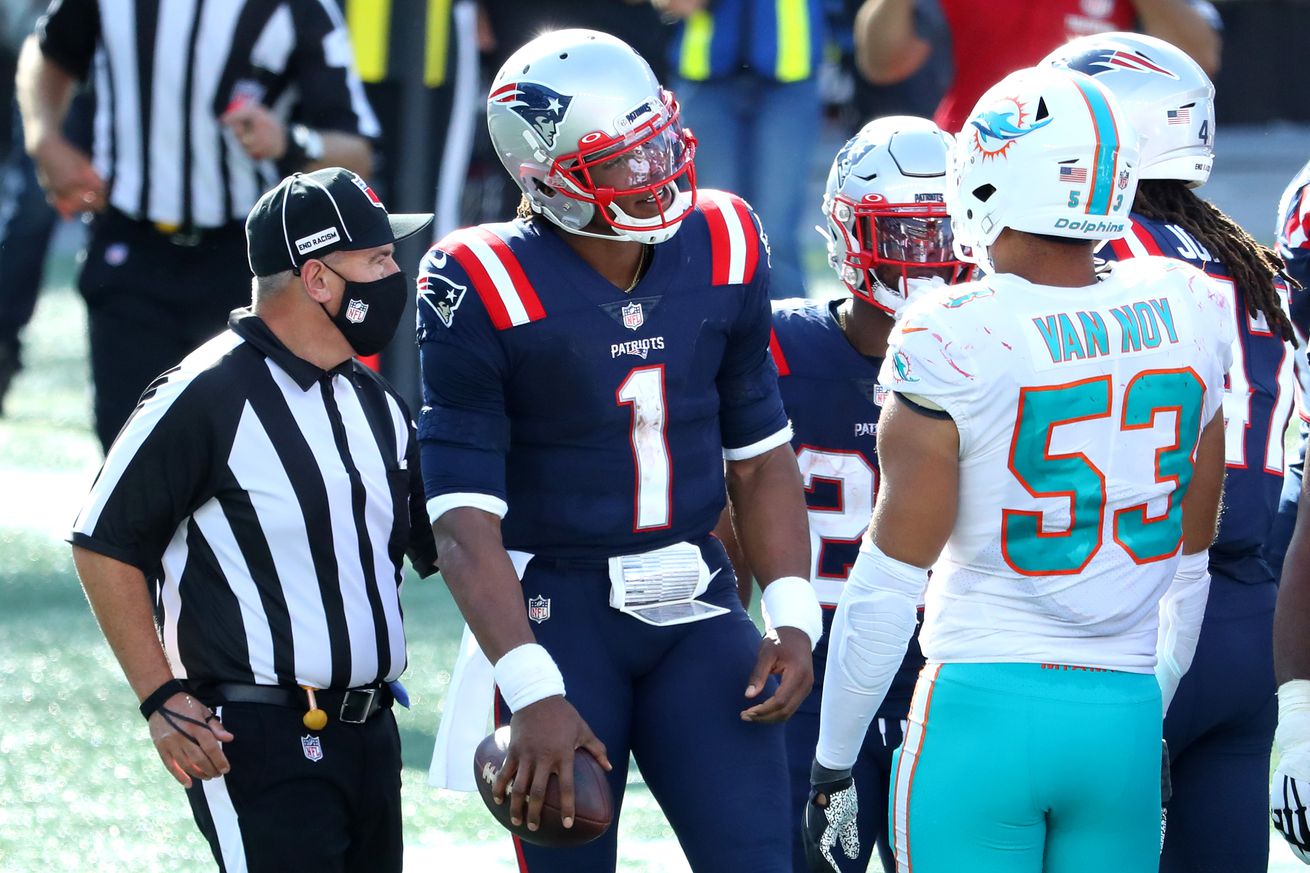 The season began with divisional games in the AFC East

At last, it was the first Sunday with NFL football in a long time. What better way to kick off the division than with two divisional games featuring the New York Jets taking on the Buffalo Bills and the Miami Dolphins taking on the New England Patriots? This week on the AFC East Roundup we recap those games and discuss the major takeaways.

This game was all Buffalo, with the team in control from start to finish aside from what the score tells. Josh Allen set a career high with over 300 passing yards on the afternoon, becoming the first Bills quarterback to do so since Tyrod Taylor, who needed overtime to accomplish the feat. However, Allen had two fumbles deep in Jets’ territory that allowed New York to stay in the game longer than they deserved.

On the opposite sideline the Jets struggled to get anything going on offense besides a screen pass to Jamison Crowder, who broke free on a 69-yard touchdown. Third-year quarterback Sam Darnold had a QBR of only 19.3 and passed for 215 yards with a a majority of those yards coming via that screen pass to Crowder.

A major talking point coming out of this game is injuries that could affect both teams going forward. For Buffalo, starting linebackers Tremaine Edmunds and Matt Milano both left the game with their status still up in the air. Meanwhile running back Le’Veon Bell ended up leaving the game with a hamstring injury that the team does not know the severity of.

The debut of Cam Newton in a Patriots uniform ended up being a successful one as the Patriots were able to control the game against Miami. Newton may have only completed 15 passes but he was efficient in the running game going for 75 yards and two touchdowns. Defense was the recipe for success last year for New England and so far they appear ready to repeat it holding Miami to only 269 total yards.

For the Dolphins, the status of number-one receiver DeVante Parker is up in the air as he left the game in the second half with an injury. Quarterback Ryan Fitzpatrick failed to pass for more than 200 yards on the afternoon and also had three interceptions. The murmurs of going to first-round pick Tua Tagovailo may begin after this performance. A defense that was one of the worst last season but in which much was invested via draft capital and money in free agency did play efficient however, holding the Patriots to only 21 points. In the end, Miami’s offense just did not have enough firepower to keep up.