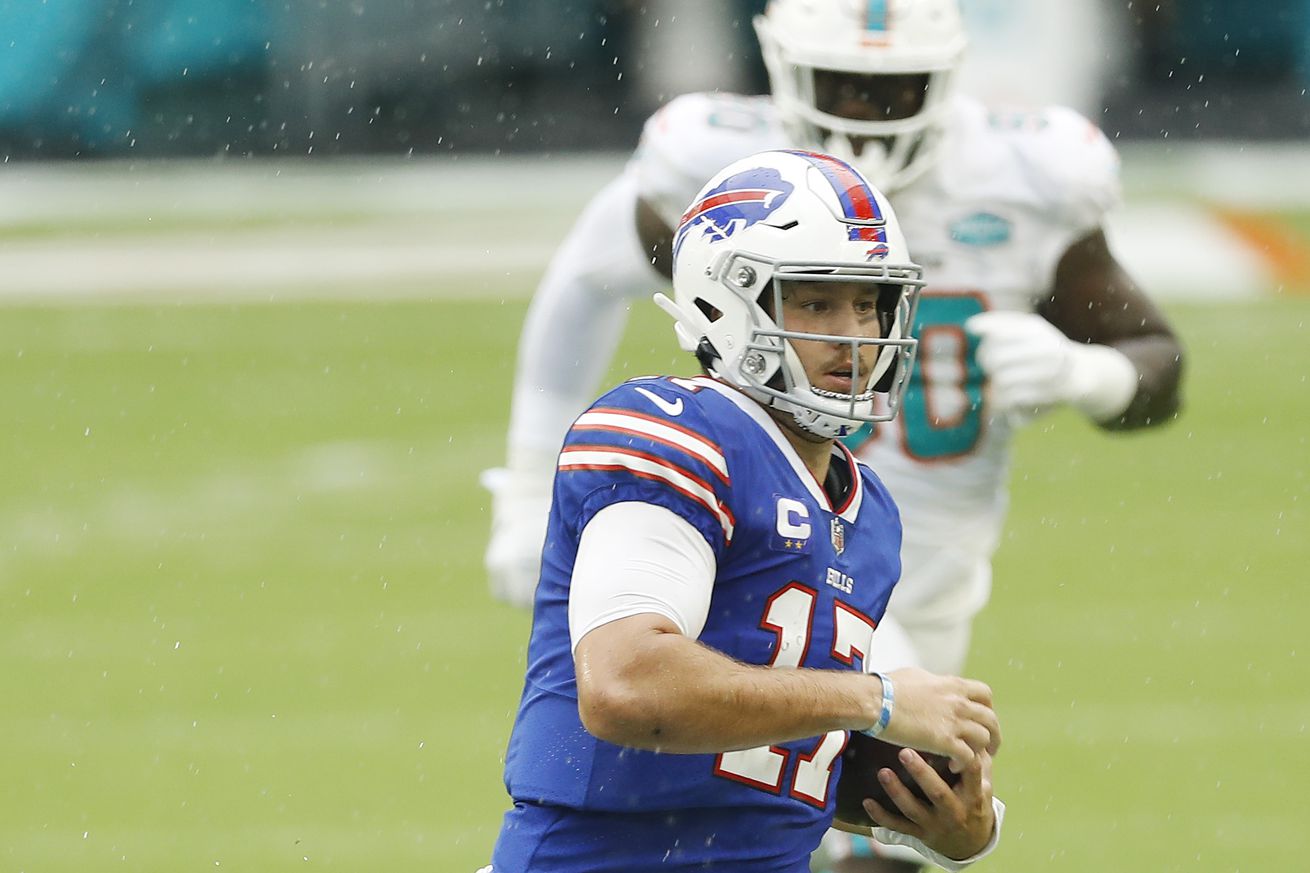 Who’s standing out after two games?

Week 2 of the NFL season is over for the teams in the AFC East and there was one divisional match-up that occurred. The Buffalo Bills were able to defeat the Miami Dolphins to move to 2-0 on the season while Miami dropped to 0-2. Meanwhile, the New York Jets lost to the San Francisco 49ers to move to 0-2 as well while the New England Patriots fell to the Seattle Seahawks to make their record 1-1. With all the teams having two games under their belt, let’s look at some early standouts for this edition of AFC East Roundup.

Fans everywhere have been hoping that quarterback Josh Allen would take another jump in his third season under center and so far he hasn’t disappointed. In Week 1 against the Jets, Allen worked the ball with a dink-and-dump mentality accumulating over 300 passing yards for the first time in his career. He followed that up against the Dolphins by carving them deep down the field passing for over 400 yards on the afternoon. Allen has the offense looking dangerous for the first time in years, putting up over 58 points in the first two games of the season. If Allen can keep trending upwards against the better teams in the league, then Buffalo could be a force in the AFC.

One player on the Dolphins who had himself a game in Week 2 was tight end Mike Gesicki. Gesicki had 130 yards receiving with a touchdown and just destroyed the Bills on defense. He had an amazing one-handed snag that had people turning their heads everywhere. The 6’6” second-round pick is showing that if given the opportunity he can be a big player in the offense the team can rely on. He is one of those players who can easily handle a linebacker by using his speed but can also body up a cornerback on the outside with his size. Watch out for him turning into one of the top young tight ends in the league.

Head coach Adam Gase may not be standing out for positives but he is definitely standing out so far in the season. It’s fair to say that the seat is getting warmer and warmer as Jets fans want their coach on the chopping block. For being hired as an offensive guru that would help the development of quarterback Sam Darnold, Gase has been unable to produce an offense that puts up points on the field. To make matters worse, the defense has not been playing up to par either. Do not be surprised if Gase is the first coach to be fired this season as things do not look good for this team.

People questioned whether or not Edelman would slow down at receiver after losing quarterback Tom Brady with whom he had an insane amount of chemistry. Well, you can forgot about that after he had an astounding game in primetime against the Seattle Sahawks, Edelman caught eight passes for a career high 179 yards. Edelman is still showing that he is one of the best receivers in the league even if people do not talk about him in the same breath as Deandre Hopkins and Michael Thomas. At the end of the day, Edelman consistently puts up big numbers and is continuing to do so with a new quarterback.