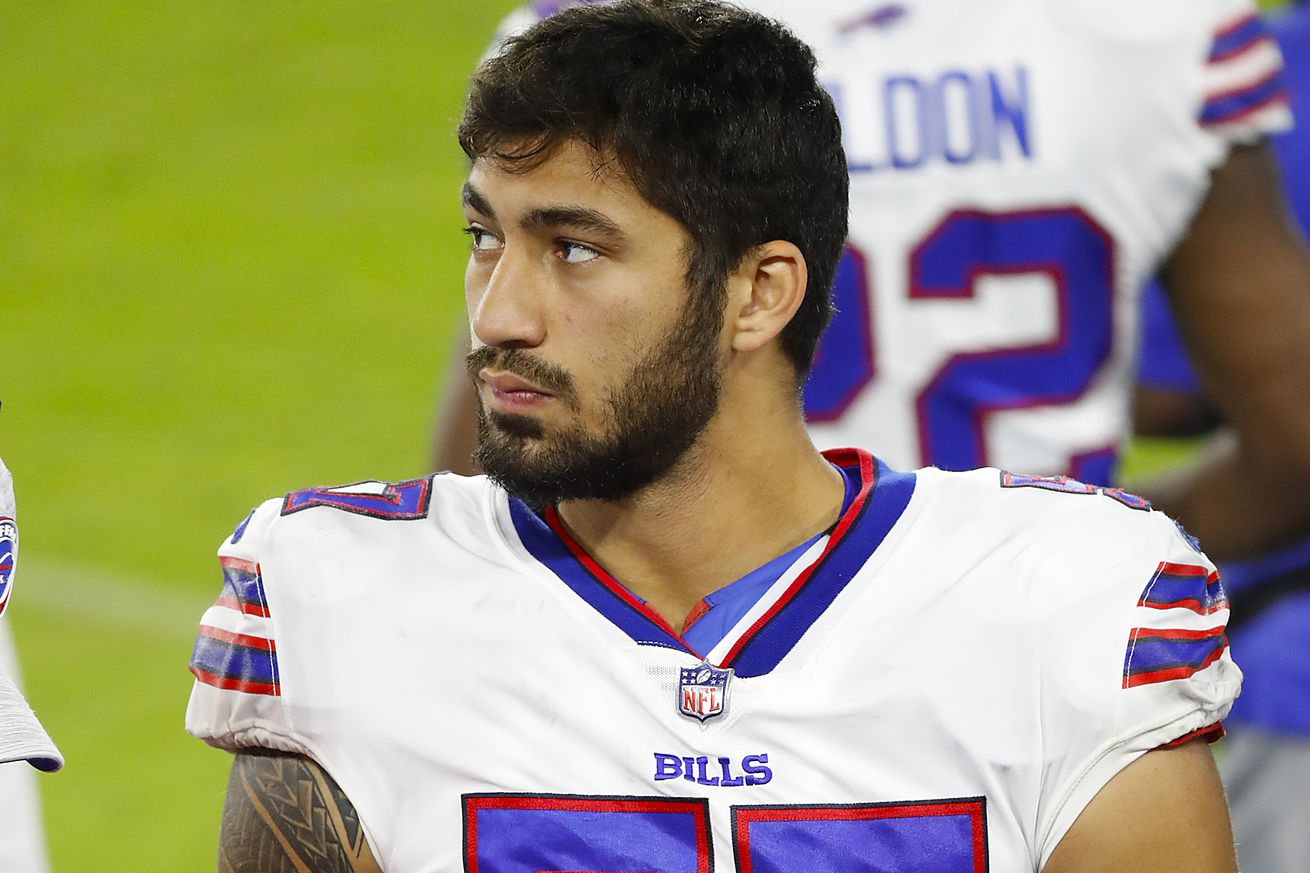 A tackle on Kyler Murray was the moment.

Buffalo Bills defensive end A.J. Epenesa left the game late in the second quarter, walking to the locker room on his own power. After halftime, the team confirmed he would not return with a head injury, after Epenesa was tested for a concussion.

With the injury, the Bills will adjust their DE rotation with Trent Murphy and Darryl Johnson likely to see more snaps in addition to Mario Addison and Jerry Hughes. The Arizona Cardinals like to run a lot of plays very quickly, so having waves of fresh players is beneficial to combat quarterback Kyler Murray. Going forward, Buffalo has Bryan Cox, Jr. on their practice squad and have called him up for game action this year.

Epenesa was injured tackling Murray on a scramble inside the 20. The Cardinals were forced to kick a field goal on the drive and the Bills drove down to score their own field goal before the end of the quarter.