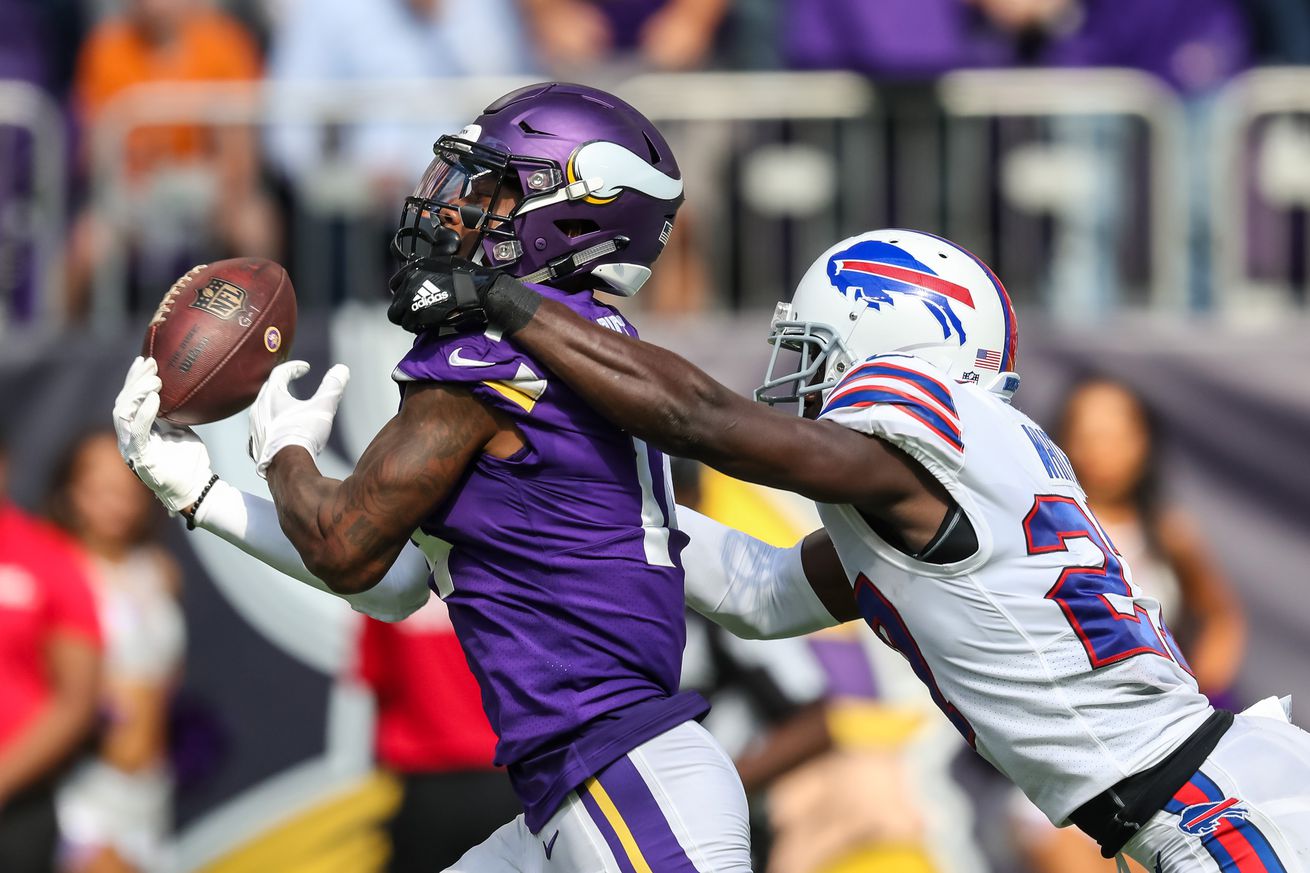 Josh Allen’s newest weapon is a true number one receiver

The Buffalo Bills have entirely remade their wide receiver group over the last two seasons. After beginning the 2018 season with one of the worst receiving corps in the NFL, the team added some new faces in 2019 to immediate success. Those wideouts helped propel second-year quarterback Josh Allen to significant improvement.

While the receiving group was better in 2019, the team still lacked a bond fide Number One, the kind of receiver who can take over a game on his own. Infamously, the team looked to add troubled wideout Antonio Brown last year, only to have the diva nix the deal because Buffalo wasn’t where he wanted to be (or the team was never that close to acquiring him, depending on who’s talking). Either way, Buffalo dodged a huge bullet by avoiding that crazy train.

This offseason, Buffalo finally acquired their top-flight receiver. In our penultimate edition of “91 players in 91 days,” we profile that wideout.

Financial situation (per Spotrac): Diggs signed a five-year extension worth $72 million with Minnesota just a year ago, so the Bills reaped the benefits of that affordable contract upon trading for him. According to Mike Garafolo, the Bills and Diggs agreed to a restructured contract as part of the trade that brought him in, moving some money up in the deal. That move wasn’t relayed until players returned to team facilities this week. With the updated contract, Diggs is the highest-paid player on Buffalo’s team for 2020, as he is set to count $14.8 million against the cap this year.

2019 Recap: Diggs actually set a career high in receiving yards last year, even though he saw fewer targets (94) and receptions (63) than he had in any season since his rookie year in 2015. He was fourth in the league in yards per reception with 17.9 yards per catch, a number that was also a career-high. Diggs had six receiving touchdowns, giving him thirty for his career, and 61 rushing yards on just five carries. He led the Vikings in all major receiving categories.

Positional outlook: Diggs is the clear top option in the passing game, joining John Brown and Cole Beasley to form a fearsome trio for Josh Allen. Rookie Gabe Davis joins veteran Andre Roberts, along with young holdovers Isaiah McKenzie, Duke Williams, and Robert Foster, to battle for space behind that top three. Nick Easley and Isaiah Hodgins round out the corps.

2020 Offseason: Diggs said he wasn’t vocal about wanting out of Minnesota, and based on semantics, he’s right—tweeting “it’s time for a new beginning” isn’t necessarily vocal, but it sure says a lot when reading it after your former team announces that its signed the quarterback to a contract extension. Diggs worked out with his new teammates at various points during the offseason.

2020 Season outlook: Buffalo hasn’t had a receiver who was in the league’s upper echelon in terms of talent since Sammy Watkins was here, and while that didn’t quite work out the way Buffalo wanted it to work out, circumstance was partly to blame. You’d have to go back to the days of Eric Moulds to find a Buffalo wideout universally thought to be an elite talent that actually planned out for the club. Last year, the Bills’ offense was much improved, but it always felt like they were one guy away from being truly elite. In theory, Diggs is that guy who makes this club elite. I say “in theory” because, in reality, there’s one player who can take this offense to the next level, and it’s not a wide receiver. Diggs should help this club be much better than it was, but if the Bills are going to be elite, it means that the subject of tomorrow’s article in the “91 players in 91 days” series realized his full potential.