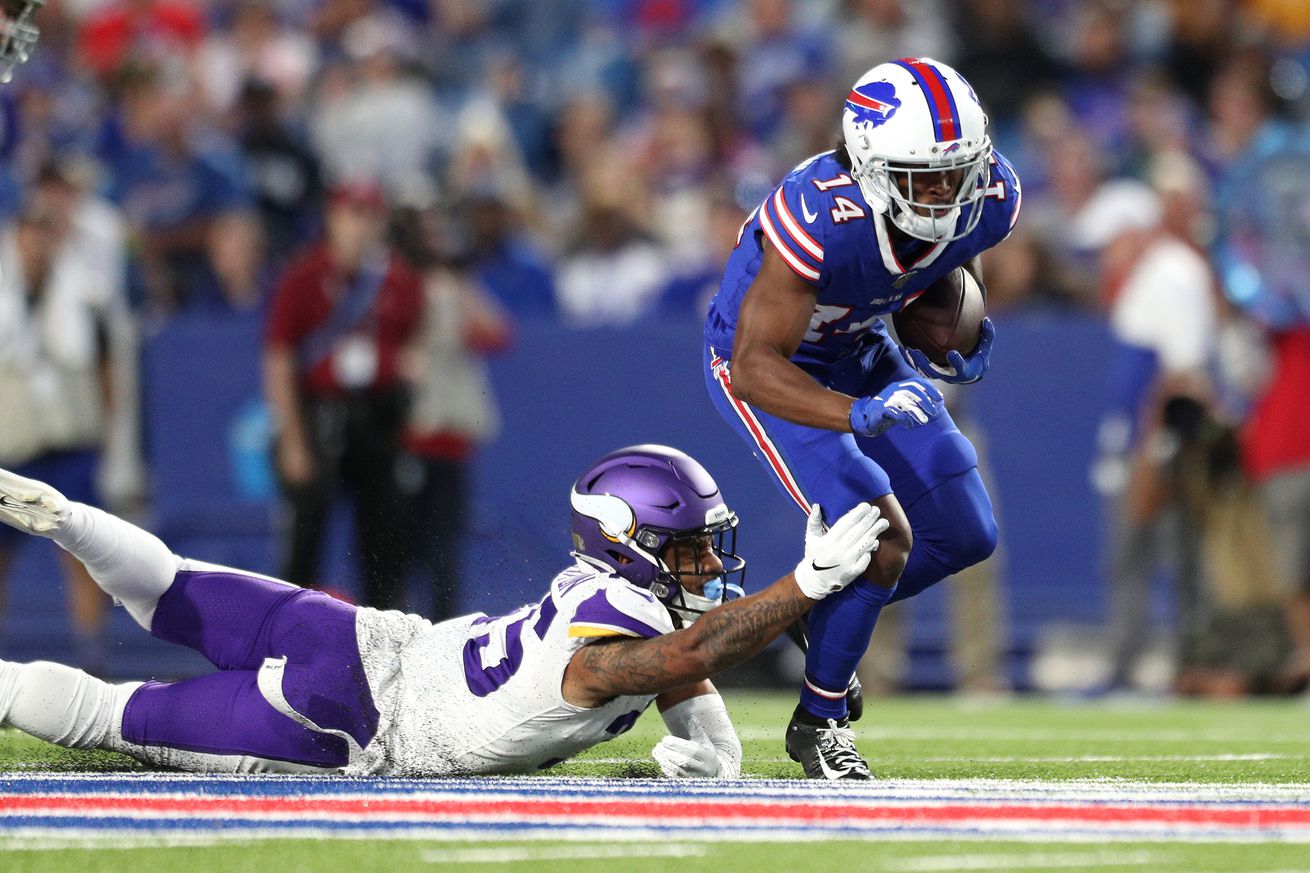 The Buffalo Bills have a stacked wide receiver group. The last time that you could really say that about Buffalo, arguably, was…2004? 1991? Whether you pledge your allegiance to Eric Moulds and Lee Evans or you stand with Andre Reed and James Lofton, one thing is clear: from top to bottom, the 2020 Bills’ receiving group has the potential to be among the top receiving corps in franchise history.

While it may be a bold statement to compare a receiving corps that has yet to play together to one that features two Hall of Fame players (as well as a fantastic third wideout in Don Beebe), Buffalo’s top three receivers for the 2020 season all have a very particular set of skills—talents that make them a nightmare for defensive backs and defensive coordinators. That bodes well for the Bills. But for the players in the positional group who are on the roster fringes, it just means fewer available spaces for them to stick with the team.

In today’s edition of “91 players in 91 days,” we profile a former Bills draft pick who was released and has returned for a second attempt at joining the squad.

Financial situation (per Spotrac): McCloud III signed a reserve/future contract with the Bills in January. That two-year pact is worth a total of $1,415,500, of which $5,500 is guaranteed. If McCloud III makes the roster, he carries a salary-cap charge of $752,750.

2019 Recap: McCloud spent the offseason, training camp, and preseason with Buffalo, and he looked pretty good throughout camp. I was lucky enough to go to camp for two days last year, and I remember being impressed with how much better McCloud looked. The coaches talked him up throughout camp, and he performed pretty well during the preseason, making nine catches for 97 yards (on 15 targets) in exhibition action. Ultimately, McCloud didn’t make the team, but he was claimed on waivers by the Carolina Panthers in an inverse of what’s become the normal way I write that sentence. McCloud exclusively served as a return man in Carolina, returning ten punts for 82 yards and eight kickoffs for 174 yards—but he managed to fumble on three of those 18 returns. He was released by the Panthers on October 15, and he signed to Buffalo’s practice squad two days later. He played a vital role in helping the team to prepare to face Lamar Jackson and the Baltimore Ravens, simulating the hyper-athletic quarterback in practice for the Bills. While Buffalo lost that game against the Ravens, they were able to contain Jackson, and when the Tennessee Titans beat Baltimore in the playoffs, they said that their game plan came from watching film of what Buffalo did earlier in the season.

Positional outlook: McCloud finds himself in an even deeper wide receiver room than the one he couldn’t rise to the top of last year, as the Bills have added Stefon Diggs, Gabriel Davis, and Isaiah Hodgins to returners John Brown, Cole Beasley, Andre Roberts, Robert Foster, Isaiah McKenzie, and Duke Williams. Nick Easley, who was cut at the end of the preseason last year along with McCloud III, rounds out the group.

2020 Season outlook: I’d be shocked if McCloud were to make the team this year, since his two roles on an NFL team (a gadget player and a return man) are occupied by stronger players who beat him out last year in McKenzie and Roberts. It’s not even certain that either of those two players will make the final roster, so unless he’s improved significantly, consider McCloud III a long-shot at best this summer.