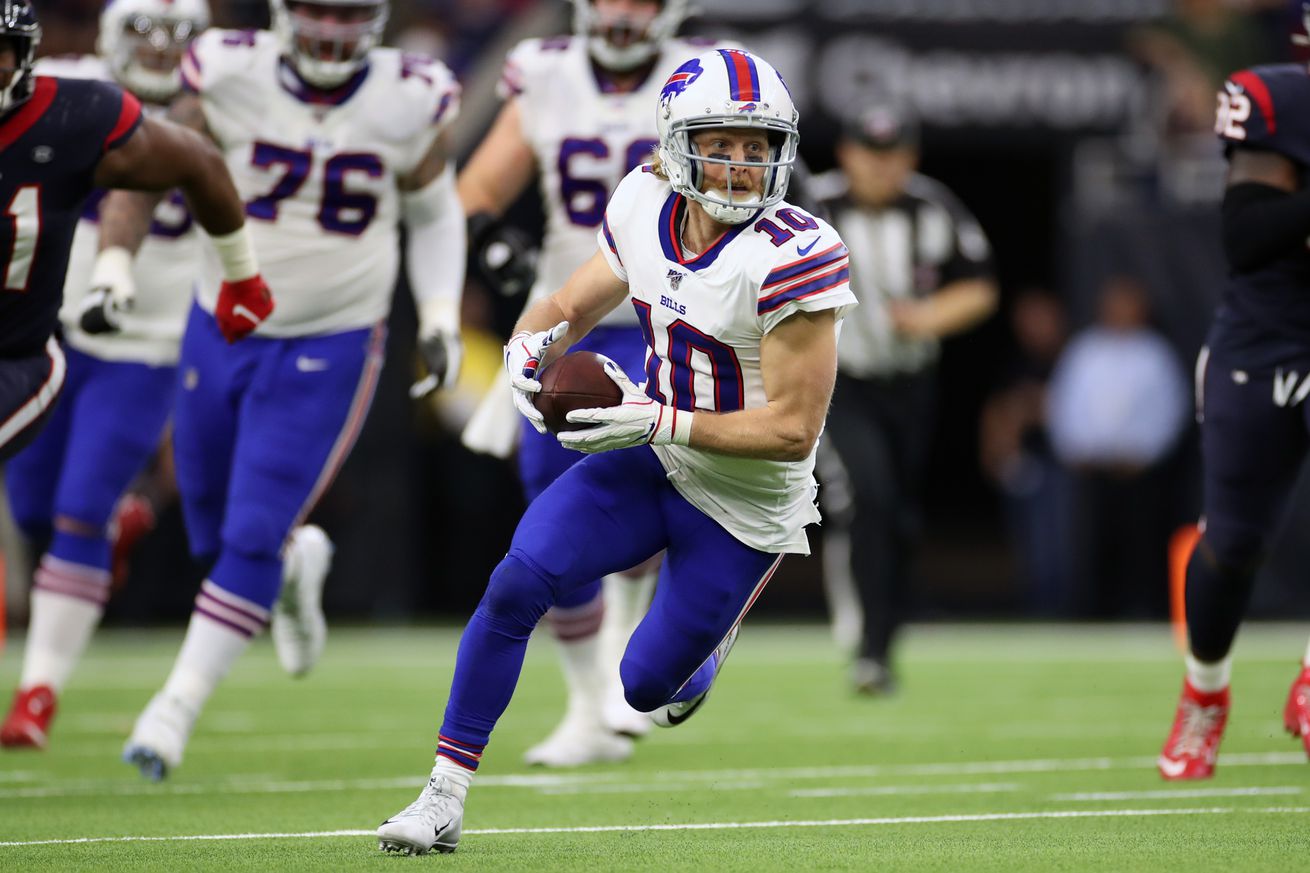 Thanks to a big addition, Buffalo’s top slot receiver should have even more room to work this year

Two years ago, the Buffalo Bills had one of the worst wide receiver groups in the league, not to mention one of the worst quarterback rooms in the league, as well. As if it wasn’t bad enough that the team had no targets, they had a quarterback depth chart that consisted of a raw rookie and a pair of former fifth-round draft choices who had combined for just five starts.

Heading into 2019, the Bills knew they had to build up the skill position group in order to help along that raw rookie-turned-promising-second-year man. They signed two solid veteran receivers to improve the receiver room, but depth still lacked.

In 2020, that’s no longer the case. Buffalo has a deep receiving corps full of players with diverse skill sets. The team added a stud via trade and two players via the draft, and while much of the focus has been on the man acquired via trade, Bills fans can’t forget about the two veterans who have a year in Buffalo under their belts already.

In today’s edition of “91 players in 91 days,” we discuss Buffalo’s top receiving option from the slot.

Financial situation (per Spotrac): Beasley enters year two of the four-year, $29 million contract he signed last March. Of that total amount, $14.4 million is guaranteed. In 2020, Beasley carries a salary-cap hit of $7,068,750. Buffalo would carry a dead-cap charge of $8.7 million if he were to be released.

2019 Recap: Beasley came in and immediately provided young quarterback Josh Allen with a security option for underneath routes that he did not have in his rookie season. Beasley was targeted a career-high 106 times in the regular season, and he also set a career-high in touchdown catches with six and in yards per reception at 11.6. That touchdown reception total tied with John Brown for the team lead. Beasley was second to Brown in targets, receptions, and receiving yards, as he was the clear second option in Buffalo’s improved offensive attack. On the year, Beasley made 67 catches for 778 yards and those six touchdowns. He dropped six passes, which was second to tight end Dawson Knox on Buffalo’s roster. In Buffalo’s playoff loss to the Houston Texans, Beasley caught four passes for 44 yards.

Positional outlook: Beasley is a lock to be one of Buffalo’s top three receivers, though he slides down from option two to option three this year. Stefon Diggs is the clear top dog, with Brown making a nice complement as a second wideout. Gabriel Davis, Andre Roberts, Isaiah McKenzie, Robert Foster, Duke Williams, Isaiah Hodgins, and Nick Easley are the other wideouts on the roster.

2020 Offseason: Beasley, a rapper when not playing football, released a new track this offseason, pledging to donate the proceeds made from the track to 9inety-ten, a non-profit that introduces underprivileged children to exercise and wellness. On July 29, Buffalo added him to the Active/Non-Football Injury (NFI) list due to an upper back injury.

2020 Season outlook: Beasley may move down to a clear No. 3 in Buffalo’s passing game, which should lead to fewer targets, but a match-up with lesser coverage players should give him more space to operate more efficiently than he did in 2019. Beasley was often covered by bracket zones and/or a team’s second corner (if that player was able to move to the slot), but with the addition of Diggs, teams won’t be able to commit to taking Beasley out of a passing game this year. By allocating too many resources to the short-to-intermediate-middle portion of the field, they’ll open themselves up to allowing huge gains outside for Diggs and Brown. Beasley is a perfect fit in the offense Buffalo is trying to build—one that can consistently gash you on the ground and through the air. He was a big help to Allen last season, and with another year together, they should only continue to grow in effectiveness. The Bills are lucky to have a slot option of Beasley’s caliber on their roster.