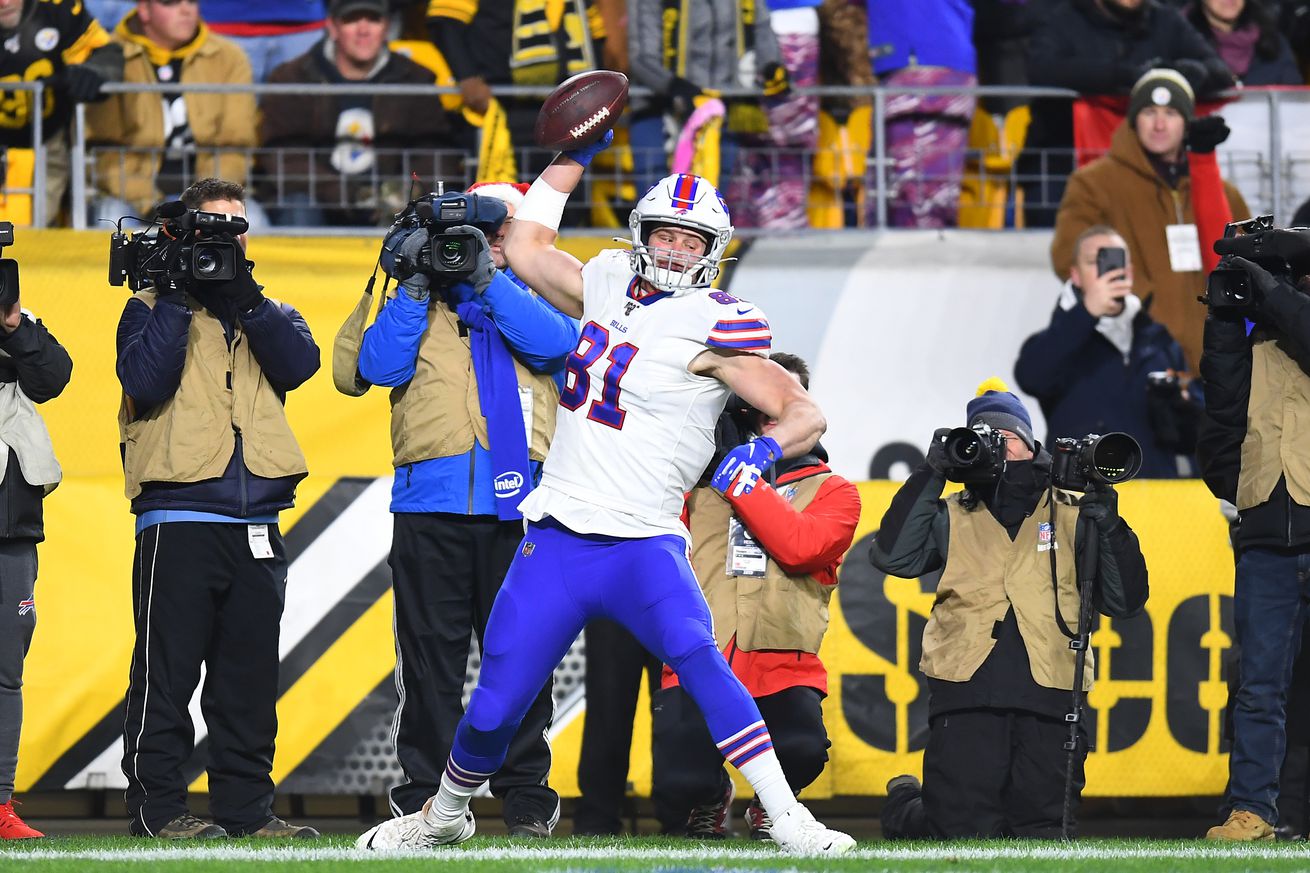 Now in the final year of his contract, the veteran tight end will try to put together a full season for the first time since 2017

Heading into the 2019 season, the Buffalo Bills revamped their tight end group. They signed a free agent whom they saw as the starting tight end and a veteran whom they saw as a blocking specialist. Then, the team drafted two tight ends to serve as developmental and/or rotational players.

We all know how that turned out, of course. The free agent was injured, the blocking specialist did what he was asked to do, and one of those rookies went from developmental project to Rambo in the course of a month. Suddenly, the entire intended depth chart was in flux.

In today’s installment of “91 players in 91 days,” we profile the Bills’ top 2019 tight end free agent signing—a player who finds himself in a completely different scenario than he was in last year even though he’s in the exact same room.

Financial situation (per Spotrac): Kroft initially signed a three-year contract worth nearly $19 million in March 2019, but he restructured that contract this offseason. That restructure eliminated the contract’s third year, but it accelerated his guarantees to be paid out in 2020. Essentially, Kroft traded the lure of a third year for the guaranteed cash on his contract this year. For 2020, Kroft carries a cap hit of $5,412,500, which is the fifth-highest total on the offense. If Kroft is released or traded, the Bills would be on the hook for a $5 million dead-cap charge. That charge could be spread out over two years since it’s after June 1.

2019 Recap: Kroft was fully recovered from foot surgery after breaking it during Week 5 of the 2018 season, and he participated in Buffalo’s first OTA on May 20, 2019. Unfortunately, Kroft broke the same foot he had broken before, and the subsequent surgery caused him to miss Buffalo’s first five games. He returned to the club for Buffalo’s Week 7 game against the Miami Dolphins, and he slotted in as the second tight end for the majority of the season from that point. He was targeted just 14 times in the passing game, catching six passes for 71 yards and a touchdown. That touchdown wound up being the game-winner against the Pittsburgh Steelers to clinch Buffalo’s second playoff berth in three seasons.

Positional outlook: The tight end group has not changed much since last May, as the Bills still have Lee Smith, Dawson Knox, Tommy Sweeney, Jason Croom, and Nate Becker on hand to compete with Kroft for three or four total roster spots.

2020 Offseason: Nothing new to report here.

2020 Season outlook: It’s a near certainty that Kroft will be on the roster, slotting in as the backup tight end to Knox, who acquitted himself well in his first professional season. If Kroft can stay healthy, he offers the Bills a great red zone option—in his last healthy season, 2017, Kroft caught seven touchdown passes on 62 targets in 13 games—as his large frame is something that the Bills don’t have in their projected top receiving corps. Staying healthy has been a challenge for Kroft, as he’s only been able to suit up for 16 games once, in his rookie season back in 2015. There is a slim chance that Buffalo releases him, but I’d file that under the “I’m only mentioning it because nothing is technically impossible” header. If all goes well, Kroft will be healthy enough to play 35% of the offensive snaps as the team’s second tight end, catching five or so touchdown passes in the red zone in the process. And if it doesn’t go well, it’s comforting to know that the Bills have more than enough depth to absorb Kroft’s absence.