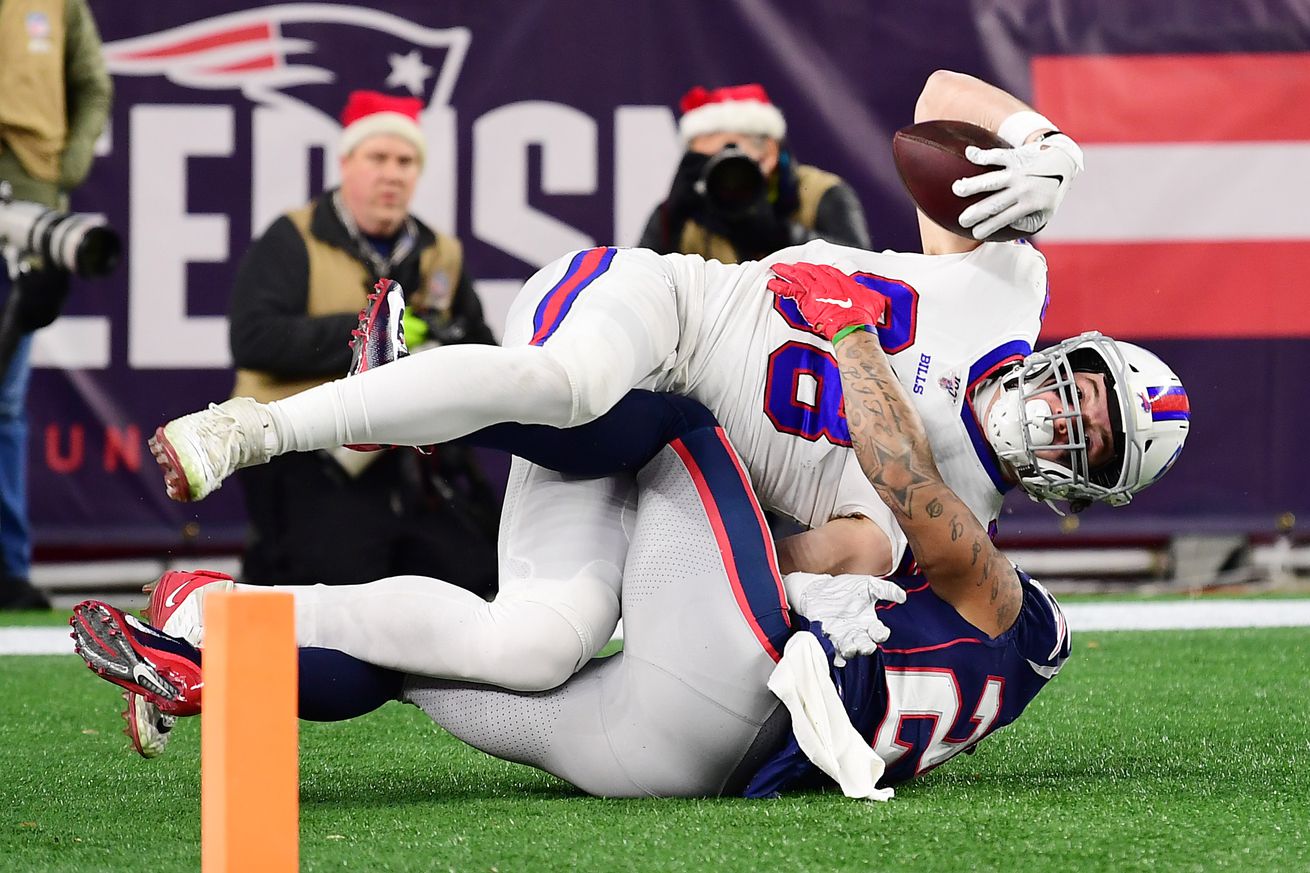 The rookie tight end showed great promise in 2019, but he needs to be better in his second year

It seems that the Buffalo Bills have never valued the tight end position in the same way as other teams around the league. Sure, the Bills have had some very good ones at points in their history (Paul Costa comes to mind as the closest thing the team has had to an “elite” tight end, with Pete Metzelaars being the other true big-time performer), but especially in the modern era, the team has consistently failed to bring in game changers at the position.

That may be changing with the team’s current roster, as they added four new tight ends in 2019—two via the draft and two via free agency—in hopes of revamping that position. While it didn’t exactly pan out as they initially expected, the early returns on the rookies they added are quite solid.

2019 Recap: Knox was expected to line up as the team’s second tight end, but an early injury to projected starter Tyler Kroft meant that the rookie took first-team reps early and often in training camp. He acclimated quickly to the pro game, earning the starting gig over veteran blocking specialist Lee Smith. Knox caught his first pass in the season-opener against the New York Jets, and he caught his first touchdown pass in Week 3 against the Cincinnati Bengals. That was his first touchdown since high school, as he never caught a touchdown pass while in college. In that match-up with Cincinnati, Knox’s momentum-shifting catch and run set the Bills up for the game-winning touchdown in the fourth quarter. That run earned Knox the nickname “Rambo,” and it was also voted the Angriest Run of the Year by Good Morning Football. Knox finished the year with 28 catches on 50 targets for 388 yards and two touchdowns, adding one rushing attempt for nine yards. On the negative side, Knox dropped ten passes—an inexcusable amount on any number of targets, but it’s especially concerning on such a low number of targets. Knox’s rookie season ranked 35th in franchise history for tight ends in total receptions and 28th for tight ends in terms of receiving yards, so as average as it was statistically, it was still a top-half performance in franchise history for the position group.

Positional outlook: Knox has essentially the same positional group as he did last year, with Tyler Kroft, Lee Smith, Tommy Sweeney, Jason Croom, and Nate Becker all returning to the squad this offseason.

2020 Season outlook: If Knox can control the “dropsies” he showed last year, he has the athleticism to be an elite match-up nightmare in what should be a far more wide-open Buffalo offense. Having Stefon Diggs and John Brown to contend with on the outside, defenses are going to be forced to make a decision on what area of the field they’re going to shut down. Will they choose the outside and deep game with the speedsters? Or will they clamp down on Knox and slot receiver Cole Beasley? With Buffalo expected to run “11” personnel often, Knox gives the team a phenomenal athlete who can split wide, line up in the slot, or put his hand in the dirt as an in-line tight end. He has the size to abuse defensive backs and the speed to burn linebackers. Becoming more consistent when the ball hits his hands is a must, but if Knox can put it together, we could be talking about the first elite performer the Bills have had at the position in over 50 years.