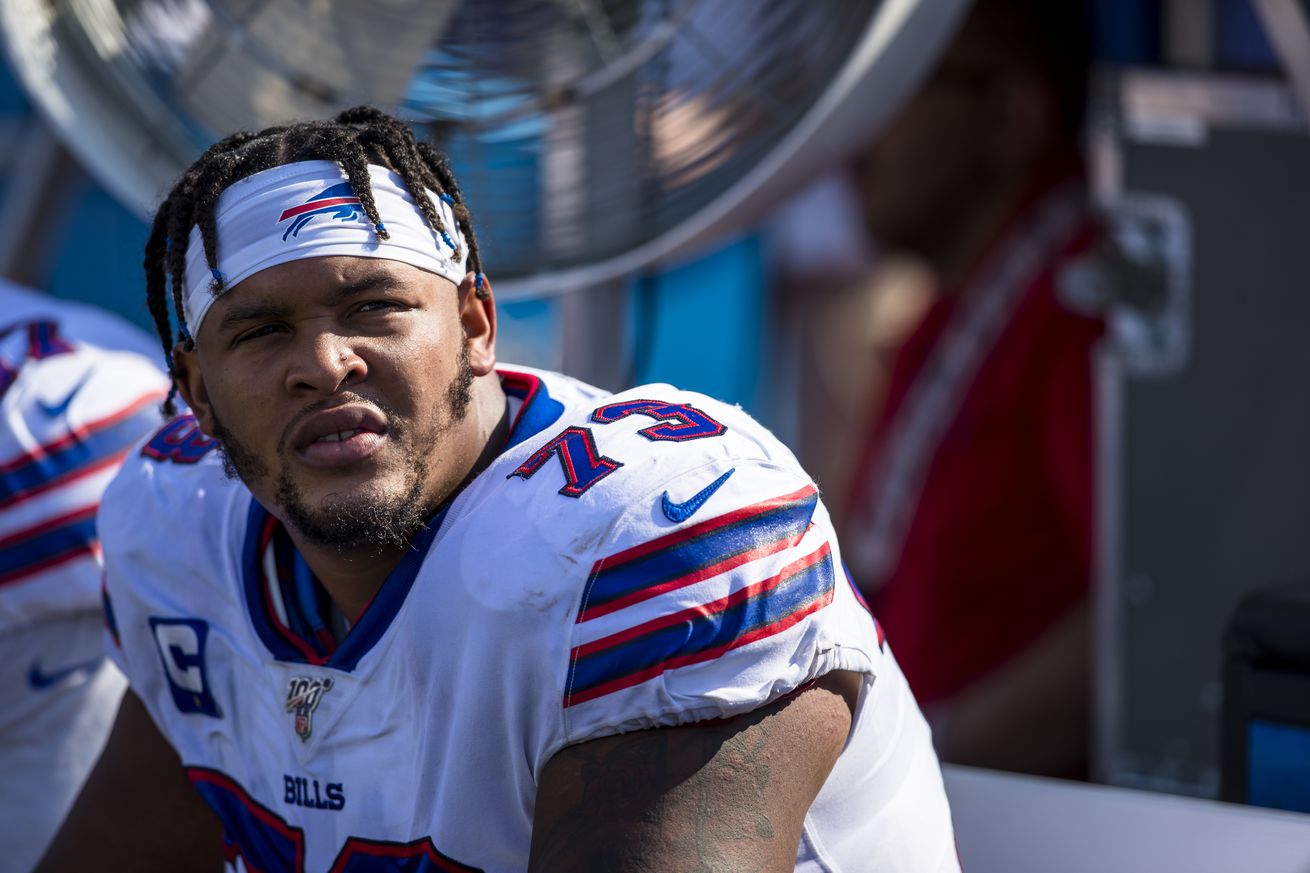 We already schnow that he’ll start—will he be signed to a contract extension as well?

While one position (right tackle) may be a “battleground” by the standards of this roster, the other four offensive line spots are completely set. Left tackle, especially, is a position where the team knows exactly what will happen, as the same player who has started 42 straight games at left tackle (including playoff games) will remain in place for this season.

In our 80th installment of “91 players in 91 days,” we profile Buffalo’s starting left tackle.

Financial situation (per Spotrac): Dawkins enters the final year of his four-year rookie contract, and thanks to free agency (Ty Nsekhe) and draft position (Cody Ford was taken No. 37 overall), Dawkins is actually the third-highest paid offensive tackle on the roster right now. For the 2020 season, Dawkins carries a cap hit of $1,331,030.

2019 Recap: Dawkins made 16 starts at left tackle during the regular season and he started Buffalo’s playoff game, continuing his games played streak for his career at a perfect 50/50 counting playoffs. Dawkins actually played in fewer snaps in 2019 than he did in 2018, but that was intentional, as he really only sat in the season finale when Buffalo had already sewn up their playoff seeding (otherwise, he missed one snap in Week 4 against the New England Patriots). Dawkins committed eight penalties, two fewer than his 2018 total. He allowed 3.5 sacks on the season, well down from the eight he allowed the year prior. Dawkins also caught his second career touchdown pass, this one a one-yard snag against the Patriots in Week 16.

2020 Season outlook: Dawkins has been durable for the Bills, but his play has not been as consistent as his ability to show up on game day. After a very strong rookie year, Dawkins took a step back in 2018, only to rebound slightly last season. In a contract year, it will be essential for him to show that he’s worthy of a “franchise left tackle” payday. Given the lack of overall talent at the position in the league, someone is going to pay him big money to play left tackle. The question is whether or not it will be Buffalo that does so. Dawkins is one of three key contributors from his draft class (along with Matt Milano and Tre’Davious White) due for extensions this year, so it will be interesting to see what general manager Brandon Beane decides in terms of maintaining the young core he’s built. For 2020, at least, we’ll continue to watch Dawkins stir that Mac ‘n’ Cheese until it’s nice and juicy.