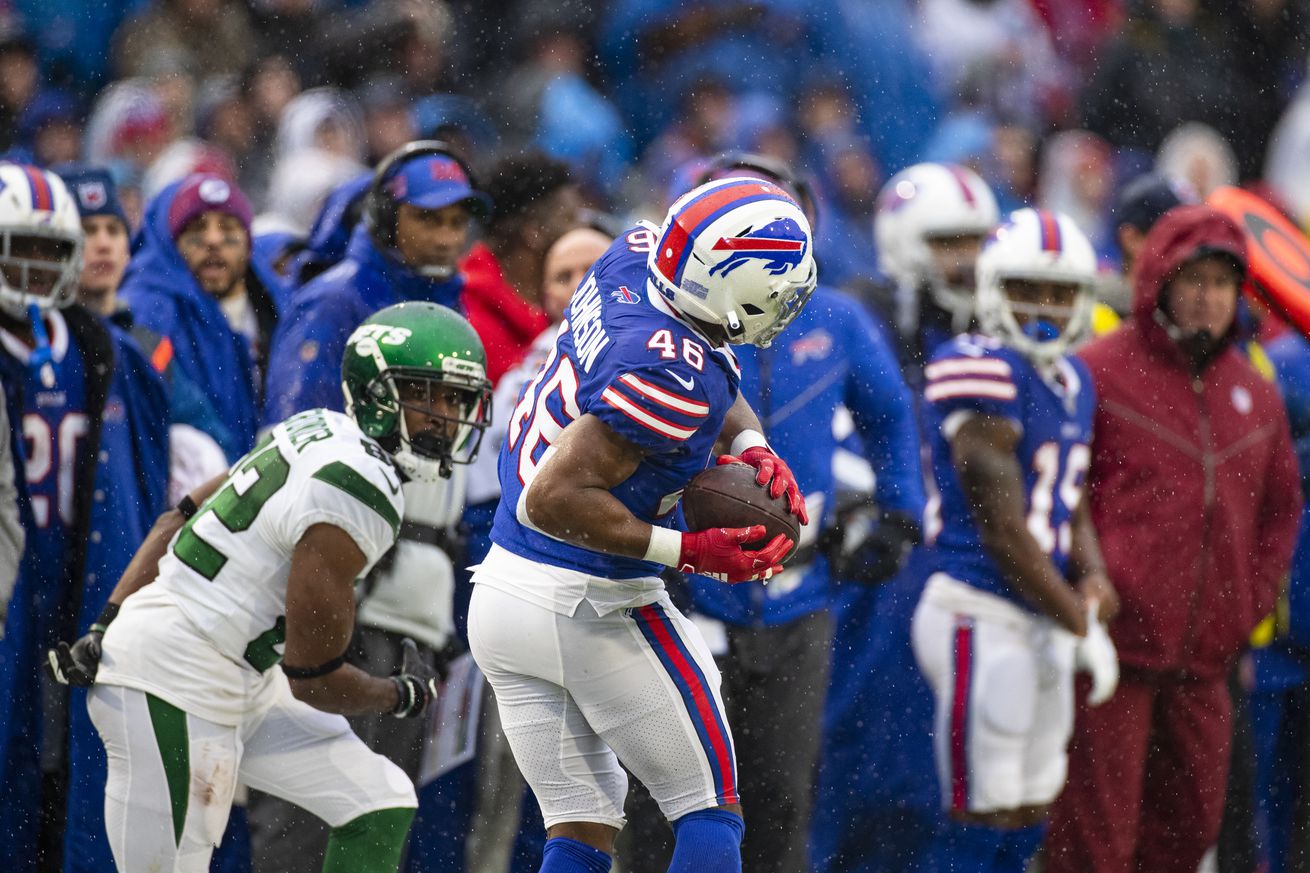 The Buffalo Bills have done a nice job collecting depth in the defensive secondary over the last two years. While they have a fairly well-defined starting group (three out of four spots are locked down), Buffalo has managed to add quality depth behind those starting players to bolster the team’s special teams unit and provide insurance if a starter were to suffer an injury.

In today’s edition of “91 players in 91 days,” we profile one of Buffalo’s backup safeties, a special teams mainstay in 2019 who only saw action on defense in one game as a rookie.

2019 Recap: Johnson made a great impression during the preseason, as the rookie was all over the field in his first NFL action. Johnson had more tackles (25) than all but two players during the exhibition season—only Ty Summers of the Green Bay Packers and Justin Phillips of the Oakland (Las Vegas) Raiders had more—while appearing both as a safety and as a special teams player for the Bills. Johnson had three pass breakups, one forced fumble, and one fumble recovery in a performance that was strong enough to warrant his making the team. Johnson was used solely on special teams for the first 15 games, and he played 181 total special teams snaps on the year. He played 53 defensive snaps in the regular-season finale, making three tackles in the game. He had eight tackles overall in the regular season, and he would have had his first career interception had Kurt Coleman not been called for unnecessary roughness on the play.

Positional outlook: Johnson is looking at roughly the same positional group this year as he did last year, as Dean Marlowe, Siran Neal, Micah Hyde, and Jordan Poyer all return. Undrafted rookie Josh Thomas and Garrett Taylor round out the positional group.

2020 Season outlook: It’s very likely that Johnson will not only make the roster again this year, but he may even find himself earning a few backup reps in place of Hyde and Poyer if he can beat out Marlowe as the team’s third safety. Given that one of the team’s top five safeties (Neal) is really a slot corner in head coach Sean McDermott and assistant head coach/defensive coordinator Leslie Frazier’s defense, the Bills are very likely to keep five safeties once again. Johnson showed promise last year in limited opportunities, and he should have the chance to earn even more chances this year.