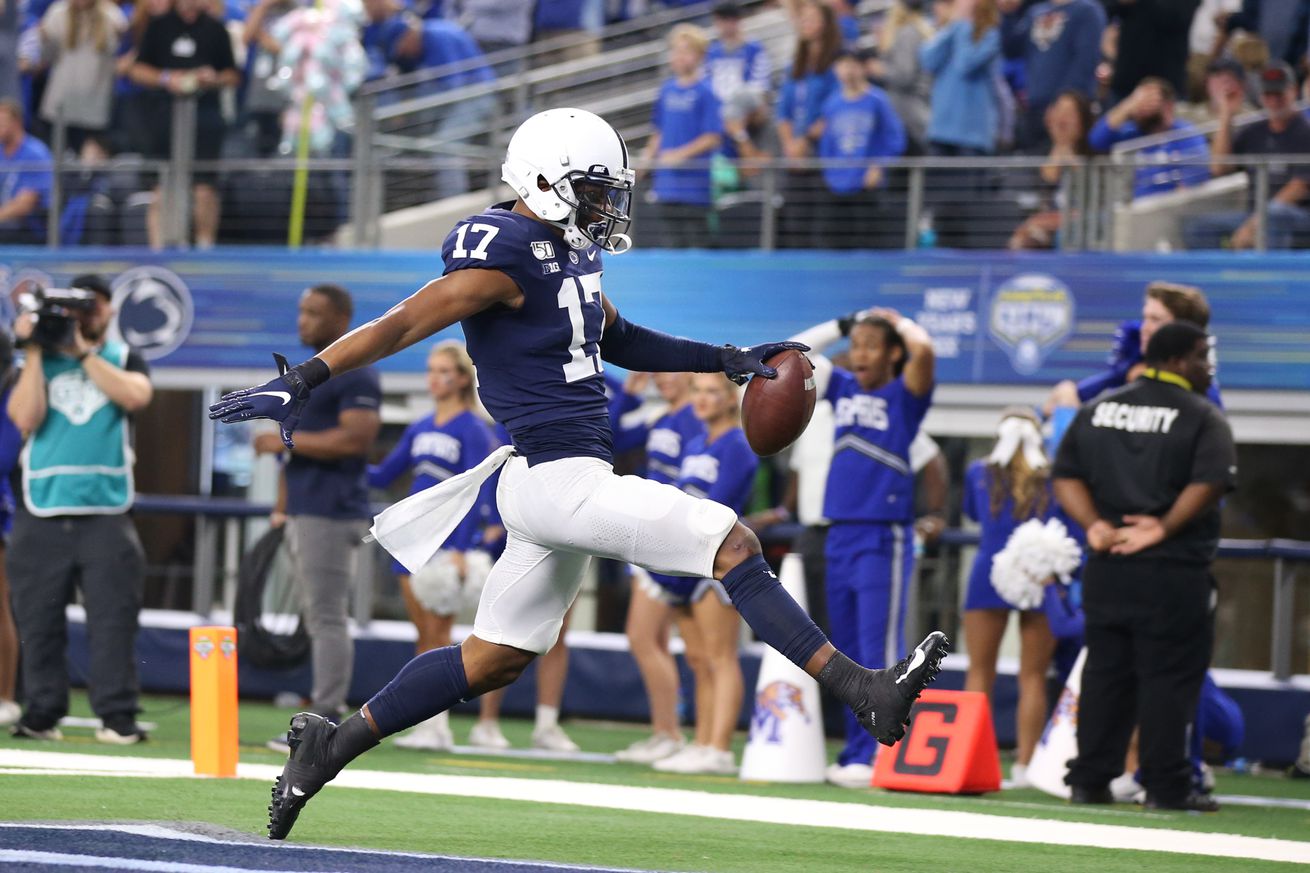 One of two UDFAs hoping to impress at camp, Taylor is an interesting prospect

With a positional group as deep as safety is for the Buffalo Bills, there is little room for “outsiders” to make the roster. This isn’t meant to disparage any of the players vying for space; it’s merely meant to illustrate the reality of trying to make an NFL roster. Sometimes, younger players have a better chance at stealing a spot thanks to a lack of depth at that particular position, while other times the opposite is true.

In today’s edition of “91 players in 91 days,” we profile an undrafted rookie safety—one of two players who fit that description.

2019 Recap: Taylor actually graduated with his bachelor’s degree in advertising and public relations in December 2018, so he spent last season playing as a graduate student working towards a second degree, this one in telecommunications. He earned that degree in December 2019. Taylor started 13 games for the Nittany Lions, totaling 84 tackles, 4.5 tackles for a loss, one forced fumble, two pass breakups, one sack, and one interception (which he returned for a touchdown in Penn State’s 53-39 victory over Memphis in the Cotton Bowl). He was named All-Big Ten Honorable Mention by both the coaches and the media, and he was selected to the All-Academic team for the Big Ten, as well. Taylor won three separate awards at Penn State’s team banquet after the season concluded (the Ridge Riley Memorial Award, for sportsmanship, scholarship, leadership and friendship, the Iron Lion Award for strength and conditioning, and the Captain’s Award).

Positional outlook: Taylor finds himself as one of seven safeties on the current roster, five of whom were on the 2019 roster. Starters Micah Hyde and Jordan Poyer top the depth chart, with Dean Marlowe, Jaquan Johnson, and Siran Neal ready to serve as backups (at this point, Neal is essentially a safety in name only, as he plays nickel corner exclusively on defense). Josh Thomas, another undrafted rookie, is the final safety on the roster.

2020 Offseason: Taylor’s Penn State Pro Day was canceled, but that didn’t stop him from showing off his bench press via twitter. He also took up photography as a hobby this spring.

2020 Season outlook: What an interesting person Taylor seems to be. He’s extremely intelligent and a solid athlete, and he fits right in with Buffalo’s other safeties in terms of his size and athletic makeup. It seems that Taylor performs best as an “in the box” safety, as most of his impact plays come within ten yards of the line of scrimmage. I wonder if Buffalo views him as a potential big nickel understudy to Neal, as the two are nearly identical from a height/weight perspective and a speed/strength perspective (Neal ran a 4.56 in the 40-yard dash and benched 225 lbs 17 times; Taylor was clocked at 4.59 in the 40 and put up 21 bench reps). It’s hard to envision Taylor beating out Neal, Marlowe, and Johnson, but it’s entirely possible that Taylor will be a high-priority signing for Buffalo’s practice squad. If he can pick up the defense quickly, which I imagine will be no sweat given his intelligence, the old Dean Marlowe “Batphone” (thanks for that one, Bruce and NickBat!) could quickly become the Garrett Taylor Batphone for safety injuries.