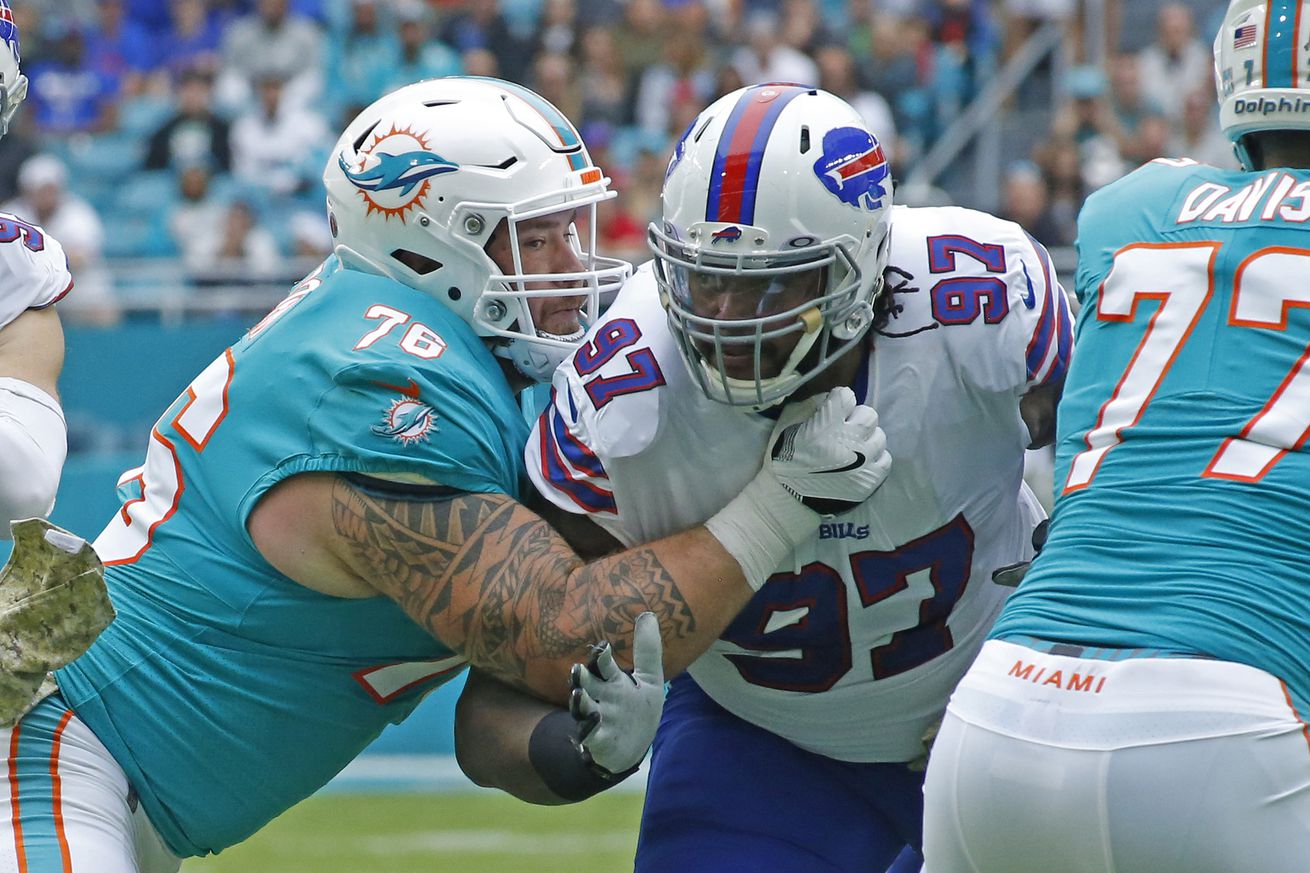 The Bills’ latest versatile offensive lineman could be an interior reserve, and he could be trade bait

The Buffalo Bills love versatile offensive linemen. General manager Brandon Beane has made it a priority to acquire players who can fill in at multiple positions along the offensive line throughout his tenure in Orchard Park. That versatility and level of depth has allowed the Bills to rebuild the trenches and gain draft capital in the process.

In today’s edition of “91 players in 91 days,” we profile one of Buffalo’s newest additions along the offensive line—a player with plenty of experience at multiple positions.

Financial situation (per Spotrac): Boehm signed a one-year deal with the Bills worth a total of $1.035 million. $25,000 of his salary is guaranteed. Boehm’s cap hit for the year is only $875,000 thanks to the veteran’s minimum exception.

2019 Recap: Boehm played in 13 games for the Miami Dolphins, making eight starts (three at center and five at right guard). Boehm was called for four penalties last year, which tied a career high from his second year in the league. His eight starts was also tied for a career high.

Positional outlook: Boehm is one of many versatile players looking to stick in a reserve role behind Buffalo’s starting interior offensive line group of Quinton Spain, Mitch Morse, and Jon Feliciano. Boehm’s positional versatility directly mirrors that of Spencer Long, who was Buffalo’s primary interior reserve last year. The team also has Ike Boettger returning, along with Ryan Bates, who has experience playing all five positions along the line. Marquel Harrell, Daryl Williams, and Garrett McGhin are the other interior linemen on the current roster.

2020 Offseason: Nothing new to report, but if you were curious about how to pronounce his name (it rhymes with…well…name), check out this video from Boehm’s days with Arizona (featuring current Bills wideout John Brown as well).

2020 Season outlook: If Buffalo’s starting linemen are considered locks, then it will be interesting to see what the team does with the reserves. Carrying Boehm and Long is a bit redundant, as both men fill the same need, and Boehm does so at a fraction of the cost Long does. This would lead me to believe that Boehm is more likely to stick on the roster; however, Boehm’s small contract may also make him the more attractive trade candidate. If Beane continues the trend of converting depth offensive linemen into draft capital, then Boehm’s name (ha) is definitely one to listen for this offseason.