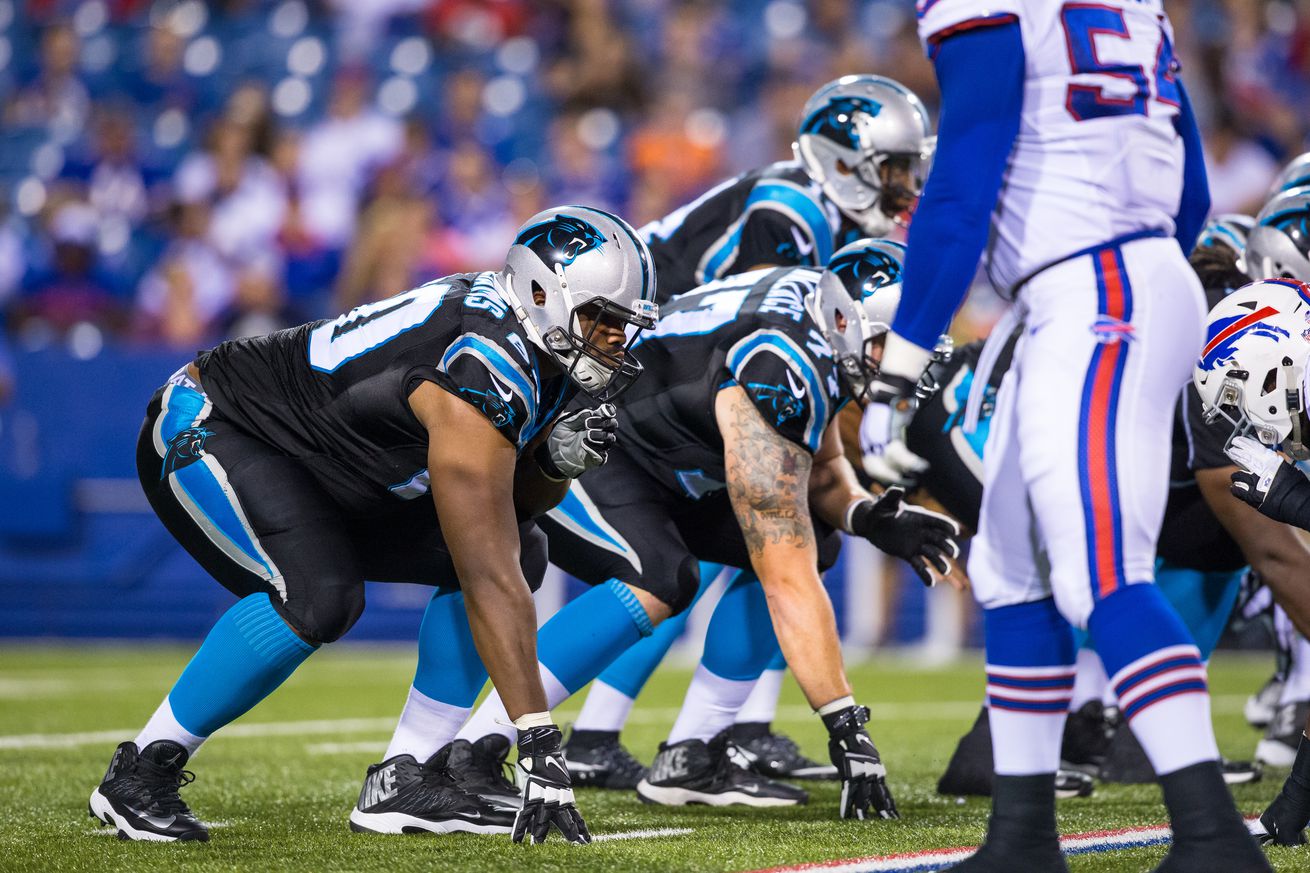 The Buffalo Bills have collected a group of versatile offensive linemen over the past few years. While it’s not uncommon for an offensive lineman to be able to play one other position along the line, Buffalo has the luxury of rostering multiple players who can play more than two positions.

Why does that matter? When it comes to making a 53-man roster, it gives the Bills flexibility. When it comes to naming an active roster for games, if the team has offensive linemen who can slot in at, say, right tackle, right guard, and left guard, that means they can essentially condense two active reserve spots into one player. This allows the team to keep more people at other positions of need.

In today’s edition of “91 players in 91 days,” we profile one of Buffalo’s veteran additions along the offensive line—a starter for his old team looking to hang on as a reserve in Buffalo.

Financial situation (per Spotrac): Williams signed a one-year deal worth $2.5 million this offseason. That number represents his cap hit if he makes the club, and if the Bills trade or release him, they’ll owe a dead-cap charge of $250,000, which is the total guaranteed money on his contract.

2019 Recap: Williams recovered from a knee injury that caused him to miss all but one half of the season opener in 2018, to play in all 16 games in 2019. He made 12 starts—four at left tackle, three at right guard, and five at left guard—during the season, proving his versatility. He was only called for two penalties on 905 snaps (839 offensive snaps and 66 special teams snaps), one of which was either declined or part of an offsetting penalty.

Positional outlook: Williams is one of four players the Bills list as an “offensive lineman,” with the others being Evan Boehm, Garrett McGhin, and Ryan Bates. Williams and Bates are the only ones who have played both guard and tackle in NFL action, though McGhin has shown the versatility to play both in practice settings. Boehm is more a center/guard reserve. Given Williams’s versatility, it’s hard to pin down exactly which positional group he belongs to, since he’s played everywhere but center in his career. With Dion Dawkins, Quinton Spain, Jon Feliciano, and Cody Ford returning as starters, the team also has Ty Nsekhe, Marquel Harrell, Spencer Long, Victor Salako, Brandon Walton, Trey Adams, and Ike Boettger competing for the same spots as Williams.

2020 Season outlook: Williams played his best football as a right tackle in 2017, earning Second-Team All-Pro honors for his work. That would imply that he’s battling Nsekhe for the right to be the veteran swing tackle reserve, or perhaps the second man in a platoon with Ford as the team did for much of last season. However, given Williams’s ability to play guard, the team may also view him as more of an interior reserve, so perhaps he’s actually battling Long and/or Boehm (with Boettger another possibility to be released or traded) for space on the inside. Either way, general manager Brandon Beane has structured Williams’s contract so that the Bills can see if he fits, and if he doesn’t, they can move on without him. The Bills could also use Williams as trade bait at the end of the preseason. With a glut of veterans on short-term contracts who slot in as reserve offensive linemen, the Bills will have a delicate balance between making the best roster for 2020 while keeping players who could develop to help the club in 2021 and beyond. Williams is probably going to make the roster, but there are of course no guarantees.