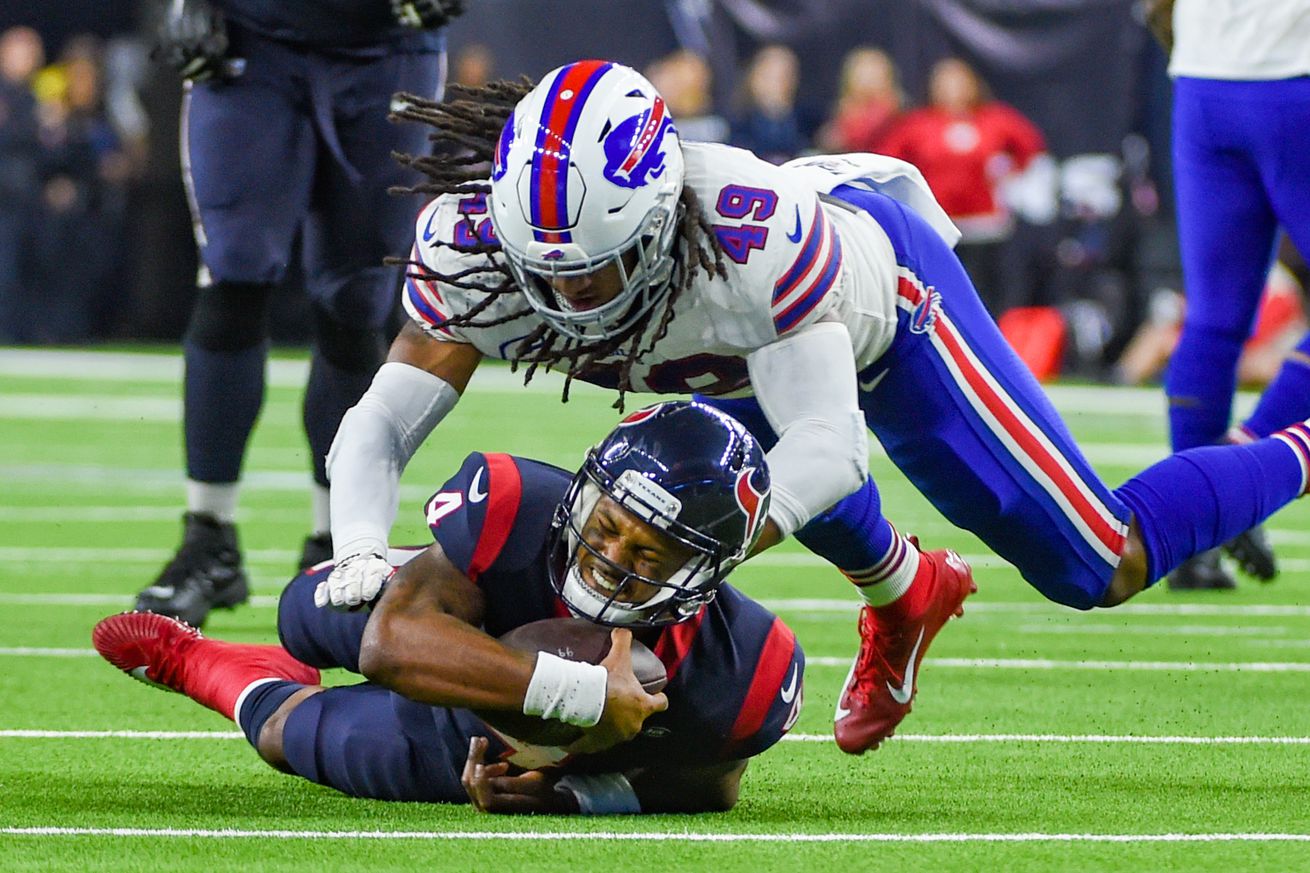 The Buffalo Bills defense has been one of the NFL’s best under head coach Sean McDermott and defensive coordinator Leslie Frazier for the better part of the last two years. With an outstanding secondary, Buffalo has been one of the league’s best passing defenses, as well.

One underrated reason for Buffalo’s success against the pass is the athletic ability of its young linebackers. When a team has not one, but two linebackers who can play all three downs, it makes the defense much less predictable and much more well-rounded. When both of those linebackers are playing on their rookie contracts, it makes the general manager’s job easier, as well, as he has more money available to add talent at other positions of need.

In today’s edition of “91 players in 91 days,” we profile Buffalo’s defensive quarterback, a middle linebacker who almost never comes off the field.

Financial situation (per Spotrac): Edmunds enters year three of his rookie contract, a fully guaranteed deal worth a total of $12,659,544. For the 2020 season, Edmunds carries a salary cap hit of $3,452,603, making him the team’s second-highest paid linebacker.

2019 Recap: Edmunds was vastly improved in his second year, making better reads on his keys against the run and staying very good against the pass throughout. Calling the defense and playing on 95% of a team’s defensive snaps is challenging for any player, but for Edmunds to have started doing it as a 20-year old rookie in 2018 makes the success he’s had all the more impressive. Edmunds led the Bills in tackles for the second consecutive year, notching 115 tackles and ten tackles for a loss last year. He added 1.5 sacks, nine pass breakups, one interception, one safety, and four quarterback hits. In Buffalo’s playoff loss to the Houston Texans, Edmunds tied teammate Matt Milano for a game-high 12 tackles, adding two quarterback hits, a sack, a tackle for loss, and a fumble recovery.

Positional outlook: Edmunds is the starting middle linebacker, with veteran Tyler Matakevich and second-year man Tyrel Dodson the primary contenders vying for the right to be his backup. Veteran A.J. Klein has also played the middle in McDermott’s defense, though he is almost certainly the starter at strongside linebacker. Milano will start on the weakside, with Vosean Joseph, Mike Bell, Del’Shawn Phillips, and Corey Thompson the other players battling for reserve and special teams roles.

2020 Season outlook: Edmunds, entering his third NFL season, is just four months older than A.J. Epenesa, Buffalo’s second-round pick in this year’s NFL Draft. It’s incredible that a player so young has been able to play so well with all that the coaches have trusted him to do over the past two years. The team drafted Edmunds in the same draft as quarterback Josh Allen, and when they did, the decision-makers all said that they wanted to ensure that they had a quarterback for their offense and a quarterback for their defense for years to come. Edmunds continues to develop into one of the league’s top linebackers, and while he may still miss some keys or find himself washed out by solid blocks at times, no one is perfect. As he continues to mature both mentally and physically, he will only continue to improve.