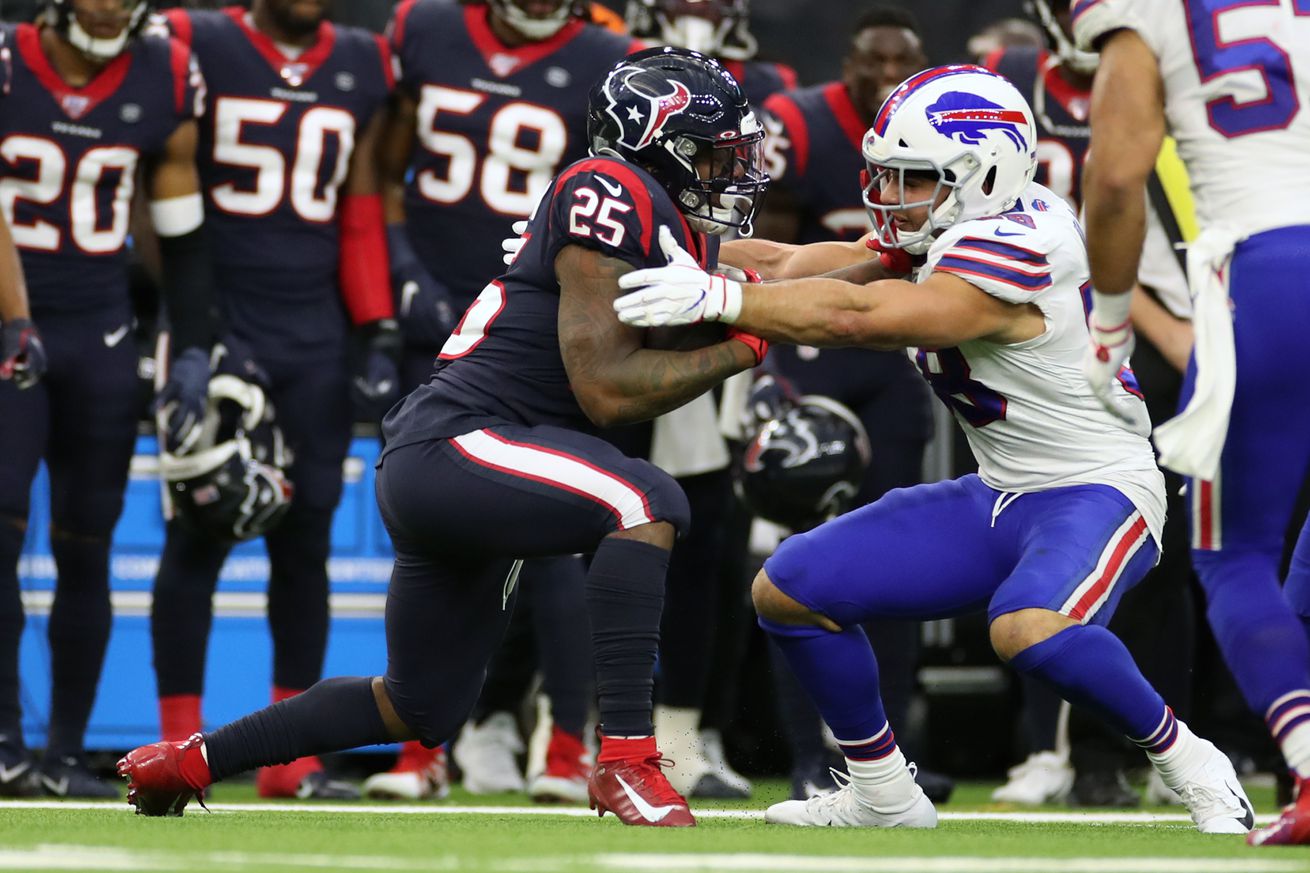 Buffalo’s No. 2 linebacker is in line for a big contract extension

The Buffalo Bills defense has been an elite pass coverage unit over the last two years. While most of the credit deservedly goes to the team’s secondary, there is a reason the Bills have been so good against the pass that isn’t discussed nearly as often.

The Bills have two outstanding athletes at linebacker who are good enough to play man coverage against running backs and tight ends while also being good enough to take on slot receivers in short zone coverage. Having one linebacker who can play all three downs, serve as a stout run defender, solid blitzer, and strong pass defender is a luxury. Having two is a blessing.

In today’s installment of “91 players in 91 days,” we profile one of Buffalo’s top linebackers—a player in line for a huge payday.

2019 Recap: Milano continued his steady career improvement, last year, having arguably his best professional season in the process. He started all 15 games in which he appeared, and he finished third on the team in tackles with 101. He also had 1.5 sacks, nine pass breakups, seven tackles for a loss, seven quarterback hits, one forced fumble, and one fumble recovery. He missed a team-high 16 tackles, however, and while he racked up outstanding numbers in Buffalo’s playoff loss to the Houston Texans (12 tackles and a quarterback hit), it’s the tackle he didn’t make that sticks out. That’s because he was one of two players (along with Siran Neal) to hit Texans quarterback Deshaun Watson on his big overtime completion to Taiwan Jones that set up the game-winning field goal. While that play was more bad luck than anyone’s fault, it is the lasting image of that game for most fans. Milano played on 86% of Buffalo’s defensive snaps, which was a career high.

Positional outlook: Milano is the starting weakside linebacker this year, and he will play all three downs along with middle linebacker Tremaine Edmunds more often than not. A.J. Klein, Vosean Joseph, Tyrel Dodson, Tyler Matakevich, Corey Thompson, Del’Shawn Phillips, and Mike Bell are Buffalo’s other linebackers.

2020 Season outlook: Milano has developed into one of the league’s better all-around linebackers, as he is a plus-pass defender, a solid run defender, and a good pass rusher. While a bit undersized, he plays 100 mph at all times. He is one of the most important pieces of the Bills’ defense, as his ability in coverage allows for so many variations within the cover scheme. It’s very noticeable when Milano is off the field, as teams tend to beat the Bills by targeting the running back repeatedly when Milano is resting or out. We’ve discussed a contract extension for Milano ad nauseam this offseason, whether via podcast, via contract projection, or via power ranking which players need to be re-signed. I’ll state it as plainly as possible: Milano is going to see a big payday, and while the COVID-19 pandemic may put a damper on NFL salary-cap growth, thereby lessening Milano’s total earnings, it’s still going to be a substantial contract. He’s worth it.