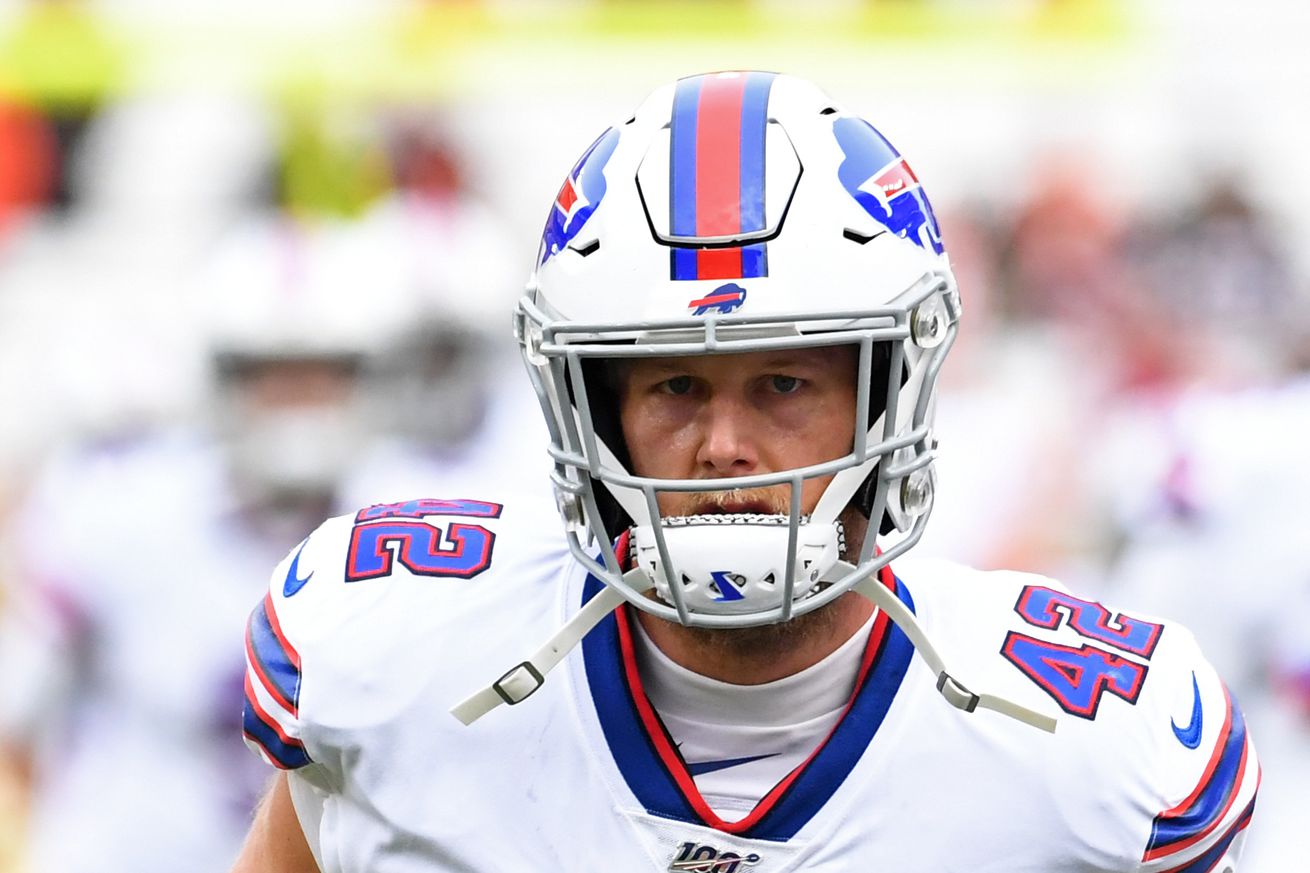 In the face of dwindling snaps, will the Bills retain their former special teams captain?

The Buffalo Bills under head coach Sean McDermott and general manager Brandon Beane have employed a methodical approach to roster building. They have built a squad that has plenty of versatile players, yet there are a few places on the roster where niche players have carved out their roles.

A blocking tight end is one of those specific niches, but another is the traditional, old-school fullback. A dying breed in the modern NFL, the fullback is still deployed in Buffalo, though not with much frequency over the last two seasons. Will the Bills move forward with the veteran at the position? Will they keep a younger player instead? Or will they forgo the fullback entirely?

In today’s installment of “91 players in 91 days,” we explore those questions.

Financial situation (per Spotrac): DiMarco enters the final year of the four-year contract he signed with Buffalo in 2017. The total worth of that contract is $8.4 million, of which $4.8 million was guaranteed. For the 2020 season, DiMarco carries a salary cap hit of $1.9 million—that’s the fourth-highest total for an NFL fullback—and the Bills could roll over $1.4 million to next year’s cap if they release him prior to Week 1.

2019 Recap: DiMarco set a career high in rushing attempts last year, as he carried the ball a total of three times for seven yards. Obviously, his role in the league isn’t to run the ball, as he spends his time clearing rushing lanes instead. DiMarco caught five passes on seven targets for 41 yards. For the sixth consecutive year, he was able to appear in all 16 games, though he played less than he has in any year since his rookie season. DiMarco played on just 166 offensive snaps, or 16% of Buffalo’s total. That number was nearly identical to his 2018 offensive snap total (168; 16%), but where his playing time really fell off was on special teams. In 2018, DiMarco appeared on 233 special teams snaps (53%), which was the fourth-highest total on the team. In 2019, that number fell all the way to 156 special teams snaps (37.7%), which was just the 11th-highest number on the squad.

Positional outlook: DiMarco does have a training camp challenger this offseason, as the Bills have signed undrafted rookie Reggie Gilliam out of Toledo. Gilliam is similar to DiMarco in that he is a block-first player whose greatest worth is probably on special teams, though the rookie does have tight end experience that makes him more versatile than DiMarco on offense.

2020 Season outlook: In a full offseason, I’d view Gilliam as a greater challenger for DiMarco’s roster spot than I do in our pandemic-shortened reality. DiMarco, much like tight end Lee Smith, seems to be held in higher regard by the coaching staff than the fan base. While DiMarco’s role has dwindled considerably over the course of his three years with the team, both on offense and on special teams, I think it’s unlikely that he’s replaced this year. Now, if Gilliam comes in and shows the dynamic special teams ability he did while in college during a limited training camp, then all bets are off; however, with limited opportunity, I think it’s more likely that the Bills allow DiMarco to finish out his contract this season.