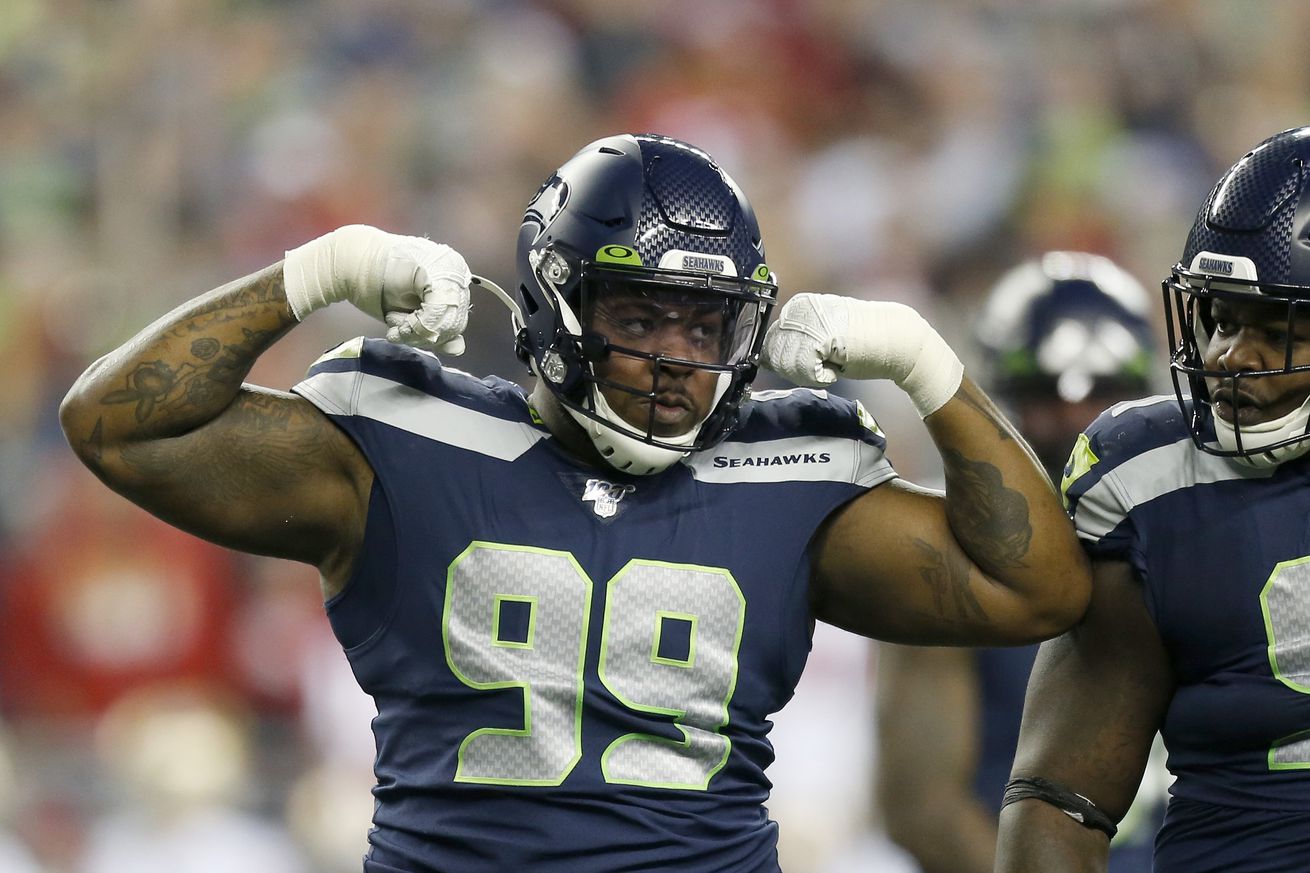 The Buffalo Bills love versatility. This has been a defining trait of the club’s roster since general manager Brandon Beane and head coach Sean McDermott began working together in May 2017. The Bills like to employ players who can play multiple spots, especially along the offensive and defensive lines.

In today’s installment of our “91 players in 91 days” series, we profile one of the defensive linemen who could move all over the line this year depending on the situation.

Financial situation (per Spotrac): Jefferson inked a two-year contract with Buffalo this offseason, a pact that totals $13.5 million with $6.25 million guaranteed. Nearly $5 million of those guarantees are set to be paid out in the first year of the deal. For the 2020 season, Jefferson carries a cap hit of $6,906,250, which is the 11th-highest total on the roster and the seventh-highest total on the defense.

2019 Recap: Jefferson equaled his career high in starts, making 12 starts for the second straight year in Seattle. He played in 14 games for the Seahawks, setting career highs in sacks (3.5; second on the Seahawks’ roster), tackles (26), and pass breakups (3). He also recovered a fumble and returned it for 20 yards, had four tackles for a loss, and made ten quarterback hits while playing on 55% of Seattle’s defensive snaps. Where along the line did he play? Good question. Pro Football Reference lists Jefferson as Seattle’s left outside linebacker on their team roster, as a defensive end on the starting lineups page, and as a defensive tackle on the snap counts page. Eliminating the obvious mistake in listing him as a LOLB, Jefferson made ten starts at defensive end and two at defensive tackle, and he rotated at both spots frequently last year.

Positional outlook: Jefferson is the only one of Buffalo’s defensive linemen listed as a “DL” rather than as a “DE” or a “DT,” so I’d expect him to do a fair amount of rotating once again between the two spots. At defensive end, he has Trent Murphy, Jerry Hughes, Mario Addison, Darryl Johnson, Mike Love, A.J. Epenesa, Bryan Cox Jr., and Jonathan Woodard to contend with for playing time. At defensive tackle, it’s Star Lotulelei, Ed Oliver, Vernon Butler, Harrison Phillips, and Vincent Taylor.

2020 Season outlook: Based on Jefferson’s build, he seems to fit best as a three-tech defensive tackle in Buffalo’s scheme. However, one of the traits of the McDermott defense when he came over from the Carolina Panthers was that he liked to deploy larger defensive ends (Charles Johnson is 6’2” and 270 lbs, Wes Horton is 6’5” and 265 lbs, Jared Allen is 6’6” and 270 lbs, and Kony Ealy is 6’4” and 275 lbs). Even Mario Addison, who signed with Buffalo this spring after playing in Carolina, is 6’3” and 260 lbs. So Jefferson may seem a little large to fit at 4-3 defensive end, but he profiles as someone who could see some time at left end, especially on obvious run downs. I imagine that Jefferson is going to be a vital part of Buffalo’s defensive line, as his versatility will allow the team to mix and match based on down and distance all year long. This was a shrewd signing by Beane and company.