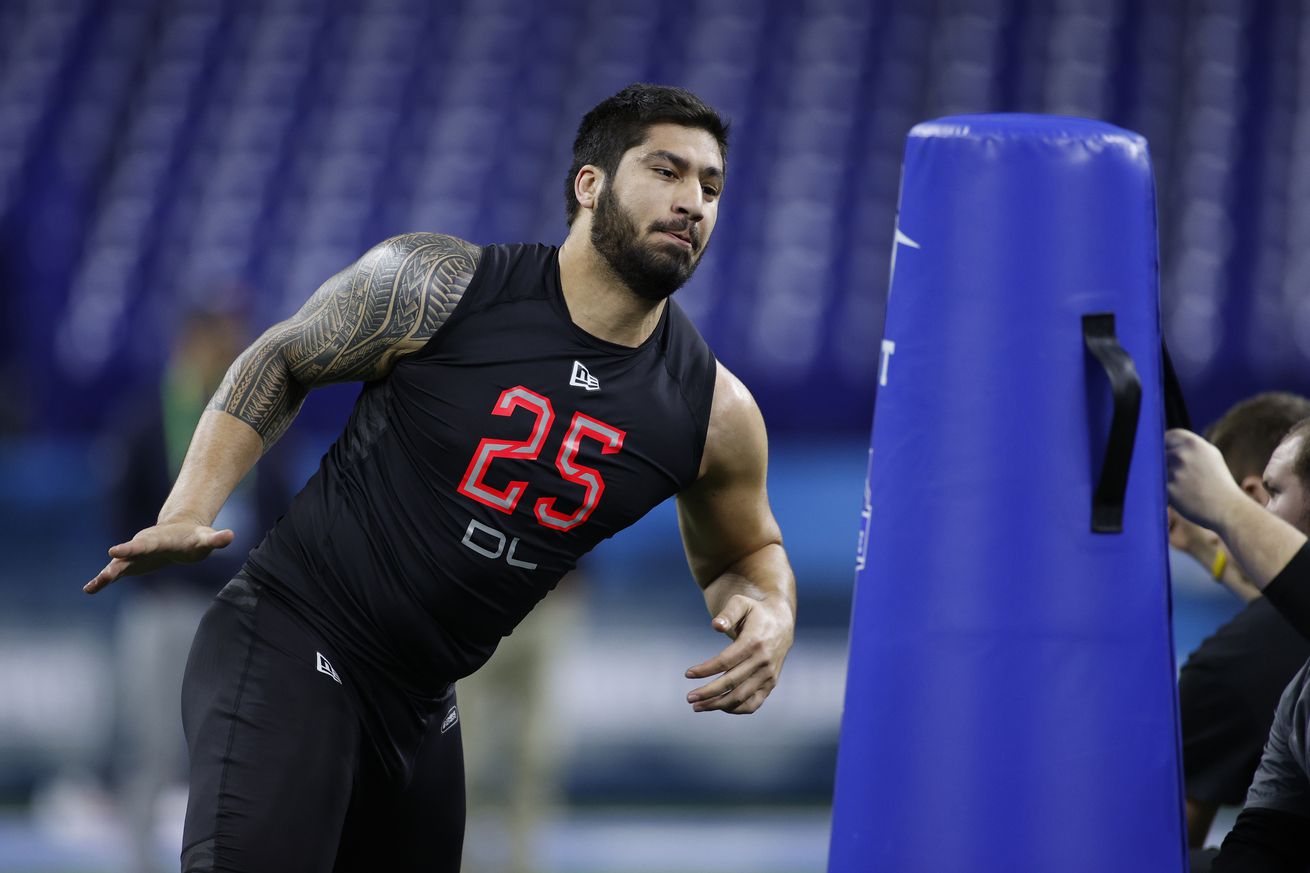 Not only did Buffalo spend “beaucoup bucks” (hat tip to Mr. Musico for that phrasing) on their defensive line, but they also have invested premium draft choices along the line since head coach Sean McDermott arrived in 2017. The Bills have selected two defensive linemen with early picks in McDermott’s three drafts.

In today’s installment of “91 players in 91 days,” we profile Buffalo’s top draft choice in 2020—a second-round pick looking to break into the Bills’ defensive line rotation immediately.

2019 Recap: Epenesa had a strong junior campaign, building on what was a stellar sophomore season the year prior. In 2019, Epenesa tallied 49 tackles, including an absurd 14 tackles in one November game against Nebraska, and he also managed 11.5 sacks on the year. Epenesa forced four fumbles, made 14 tackles for a loss, and knocked down three passes at the line. For his efforts, The Athletic named him First-Team All-America, and the Associated Press named him Second-Team All-America. Epenesa declared early for the draft, and most mock drafts had him going in the first round. After testing poorly at the NFL Scouting Combine, his stock plummeted, and Buffalo was able to scoop him up at No. 54 overall.

Positional outlook: The Bills are loaded at defensive end, as they return Jerry Hughes and Trent Murphy, the team’s top two from 2019 in terms of playing time at the position. They added Mario Addison to replace the departed Shaq Lawson. Darryl Johnson Jr. and Mike Love also return. Buffalo’s other defensive ends are Jonathan Woodard, Bryan Cox Jr., and Quinton Jefferson, who is primarily a defensive tackle but is listed as the more generic “defensive lineman” on the team’s official roster.

2020 Season outlook: Epenesa will probably wind up as either the team’s third or fourth defensive end this year. With Hughes and Addison essentially guaranteed to make the roster, it really comes down to whether the team wants to keep Trent Murphy or release him and roll over nearly $8 million to the 2021 salary cap. If Buffalo keeps Murphy, that will limit Epenesa’s playing time. If they release the veteran, then that clears the way for Epenesa to slot in as the team’s third defensive end. Sean McDermott has said that Epenesa can slide inside to play defensive tackle on obvious passing downs, as well, which is another way that the rookie can earn more playing time. With a limited offseason, though, it will be tough to ask him to learn multiple positions in his first year in the league. This much is clear: Epenesa stands to make an immediate impact with the Bills as a rookie.