For the second-straight week, the Buffalo Bills had a final score line that was not indicative of how close the game really was. The Bills topped the Miami Dolphins (0-2) 31-28 to start their season 2-0.

Miami had a late touchdown drive that cut into Buffalo’s lead, but it was never really in doubt. Buffalo cruised against an AFC East opponent again.

Here are five takeaways from the Bills’ win over the Dolphins: 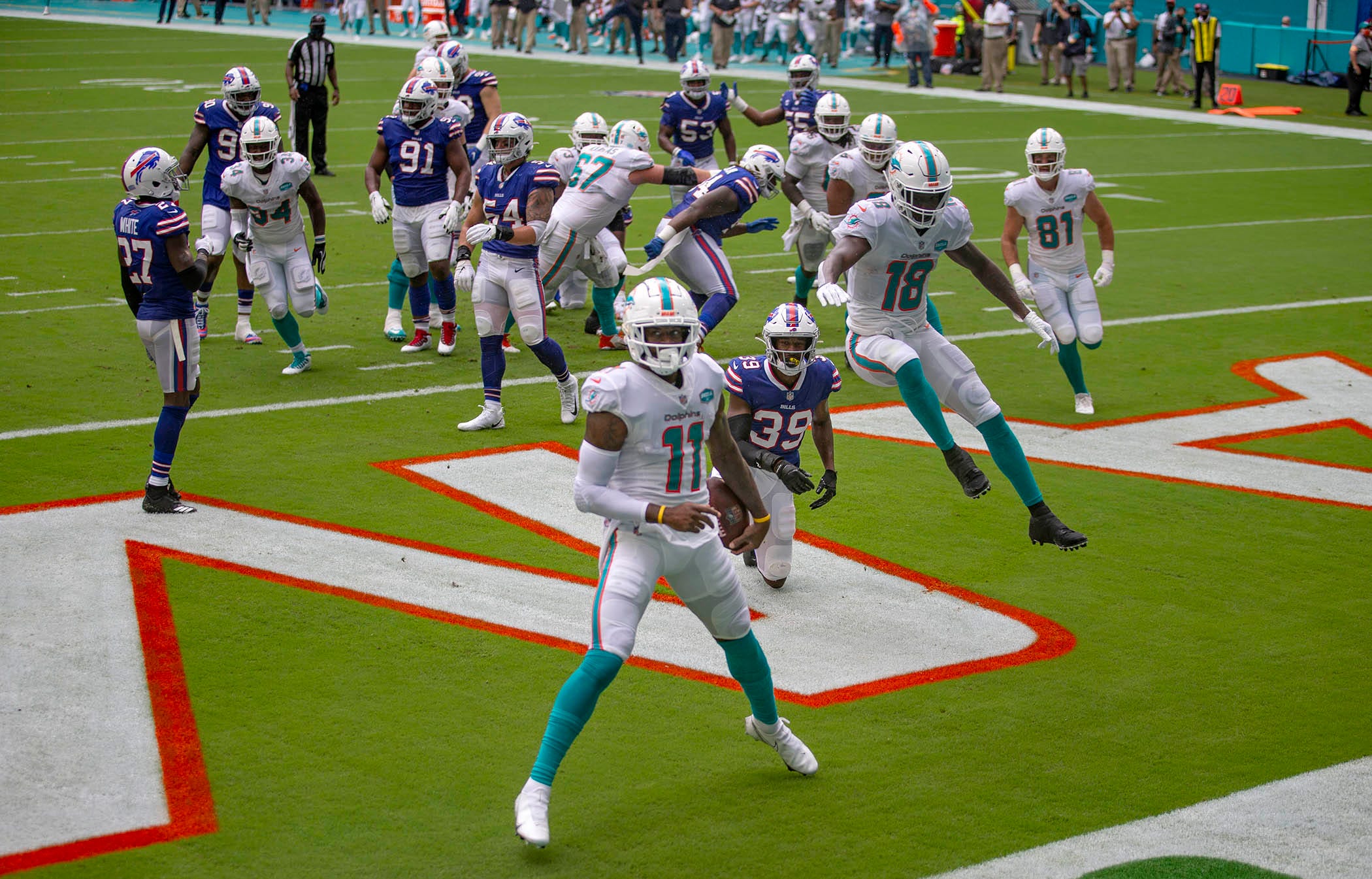 Heading into Week 2, everyone in western New York knew the Bills would miss the services of their starting linebackers. Both Tremaine Edmunds (shoulder) and Matt Milano (hamstring) missed the contest. Thus far, neither is on injured reserve and the Bills will hope they’re both back in Week 3 because Buffalo needs them. The Dolphins put up a perfect game plan against the Bills defense to take advantage of these misses.

In the middle of the field, tight end Mike Gesicki and slot receiver DeVante Parker took advantage of Buffalo’s holes. There’s a big drop off from Edmunds and Milano to former UDFA Tyrel Dodson and veteran AJ Klein. In addition, big defensive back Siran Neal tried to cover  Gesicki, but he was way too much to handle, including his ridiculous one-handed grab.

Gesicki led the Dolphins with eight catches, 130 receiving yards and a touchdown on 11 targets. Parker had his own five catches and 53 yards with a touchdown of his own.

#Dolphins TE Mike Gesicki is taking advantage of no Matt Milano for the #Bills… pic.twitter.com/baAHxQ6rrf