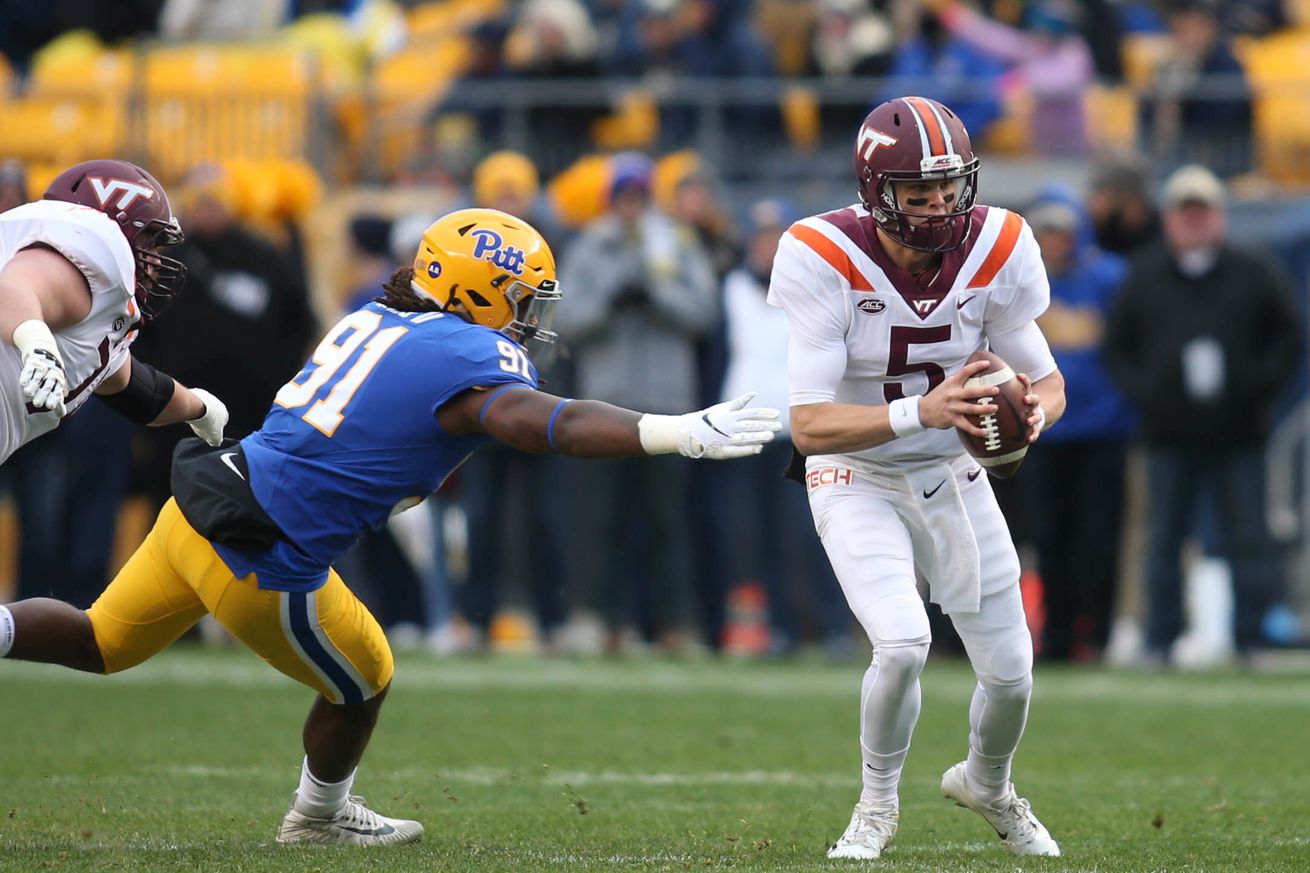 For those NFL Draft observers tired of watching ACC prospects and teams clash every week, they should be satisfied with this Saturday, as we will finally be treated to the beginning of play within two marquee conferences. Both the SEC and Big-12 are set to begin their first slate of inter-conference games, a list that includes our game of the week, but also fascinating ranked match-ups between No. 23 Kentucky and No. 8 Auburn, as well as pure scouting affairs like those between Iowa State and TCU.

Louisville left tackle Adonis Boone has seen quite the gauntlet of pass rushers this season, but the Pittsburgh defensive line, led by Jones, is a different story. Stylistically on the field, he comes across as a less-athletic Jadeveon Clowney. He doesn’t seem to have the ankle flexibility to truly turn the corner, but his quickness off the snap combined with his size and strength is enough to defeat most tackles. You also have to love his effort on every play. His battle against the aforementioned Boone should be prime scouting tape.

A transfer from Stanford, the 6’5” Costello never really excelled in their pro-style offense and was only ever considered a fringe prospect as a result. Hence his transfer to Mississippi State and the Mike Leach Air Raid offense, for which he should have the accuracy. Things won’t be so easy for him in the SEC however, with his first game coming against LSU and their utterly dominant secondary. If Costello has even a moderate amount of success against that group, it should be viewed as a victory.

The TCU prospect has the talent and instincts to be one of the draft’s elite coverage safeties, but he has yet to put together a truly flawless season that would vault him into the first-round conversation. He’ll have a chance to get started on the right foot this season, thanks to this week’s game against Iowa State. The Cyclones recently lost to a Sun Belt team, and quarterback Brock Purdy has been known to put the ball up for grabs.

The redshirt junior looks the part of a new-age NFL linebacker. He’s instinctual, appears highly athletic and tackles everything that moves. He has good size at 6’3” and 234 lbs, and has improved every year for the Commodores. His opponent this week is a Texas A&M team that’s going to want to run the ball early and often, with running back Isaiah Spiller likely looking for a breakout campaign.

A lot of Kentucky’s recent surge of success can be traced back to their offensive line, most of whom were NFL-worthy prospects last year. Jackson is certainly counted as one himself, and word is he’s gotten into even better shape during COVID-19. Facing Auburn and their likely strong run defense will be difficult however, so we’re bound to learn a lot about the senior from just this one game.

Lane Kiffin finally makes his curtain call as the newest Ole Miss coach, while Florida will be looking to burnish their likely SEC championship resume.

Ole Miss’ prospects mostly reside on the defensive side of the ball and the highlight is Sam Williams, their senior edge rusher who finished with six sacks last year. Joining him are linebackers Lakia Henry and MoMo Sanogo. Henry led the team in tackles last year, while Sanogo was a very talented junior college player. On offense, there’s a chance that Kiffin can turn wide receiver Elijah Moore into a star.

Honestly, this game is worth watching solely because of the presence of Florida’s Kyle Pitts. The huge receiving tight end makes defenders look silly with his routing and hands, and looks like a first-round pick. He’ll be joined by wideout Trevon Grimes, who should be able to burst on the scene this year. Gators quarterback Kyle Trask is a player some have pegged for massive improvement as he gets more experience.