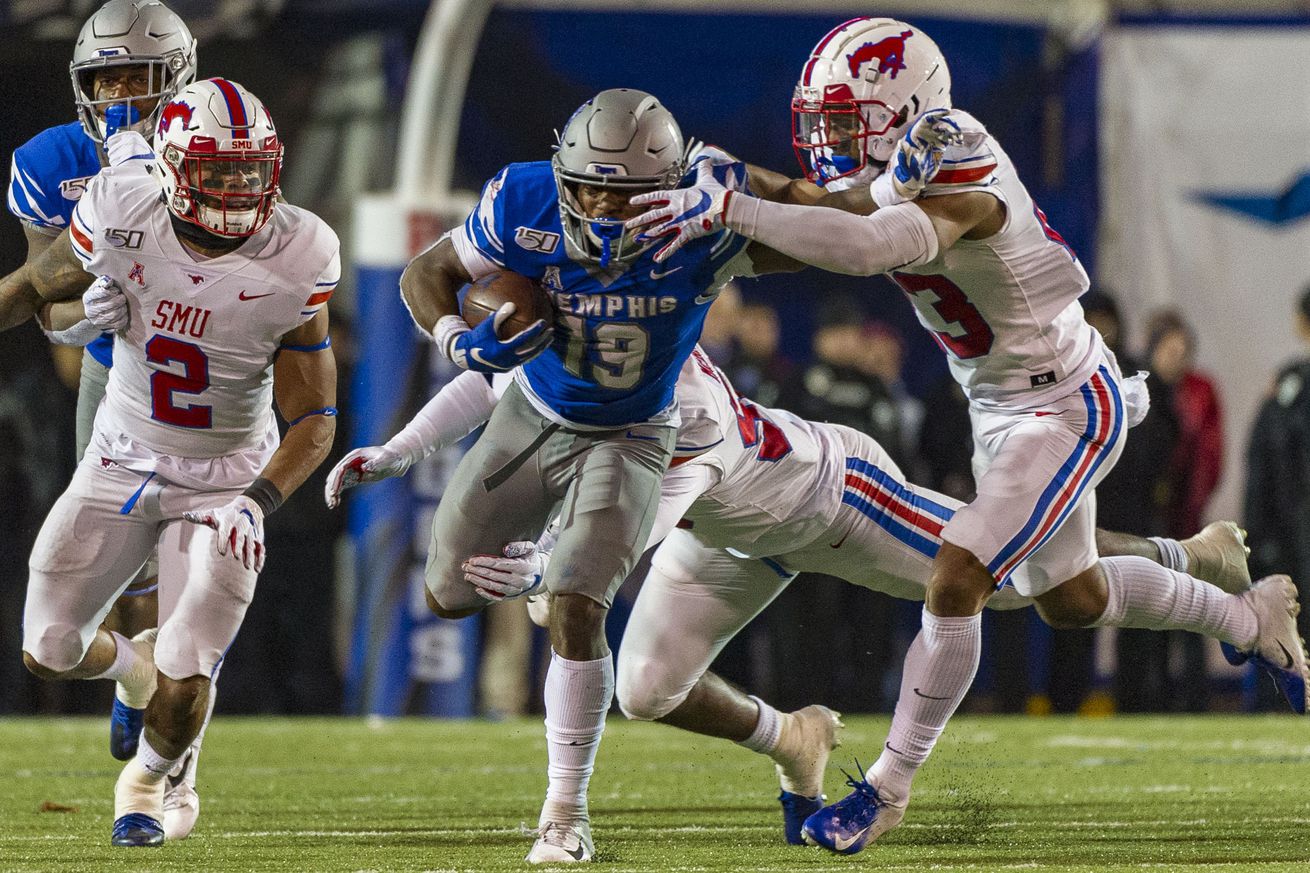 It’s been a long, sometimes stressful wait but college football finally returns this weekend for what is sure to be one of the more eventful seasons in recent memory. The Big Ten, Pac-12 and MAC conferences have made moves to delay their seasons due to COVID-19, but that still leaves most of the other conferences, including the American and Conference USA, which are set to start play tonight.

Week 0 of college football should be treated as a chance to evaluate and discover some lesser-known talent at the lower levels of FBS. Every team playing in today’s slate of games has at least one prospect looking to be discovered and discussed. The big game today will be a primetime showdown between two offense-heavy teams in Memphis and Arkansas State. Then on Monday look for a Navy team that has seen success in recent years against a BYU team that sports one of the best tight ends in the game.

As the tradition resumes, let’s talk about the games, leave questions on prospects, and enjoy the weekend!

The Tigers have been spitting out NFL-caliber skill position players for a while now, and Gainwell looks to be the next in line. In a breakout game last year, he became the first college player since 1997 to finish a game with 200 yards receiving and 100 yards rushing. That dual-threat ability is his calling card, and is set to be featured much more in this year’s version of the offense. Arkansas State was terrible against the run last year though, so the junior should have plenty of opportunity to run wild.

The senior is surprisingly technically proficient at releases and finding open space, but his routing is limited and he exclusively lined up on one side of the field for the Mustangs in 2019 as their assigned deep threat. The hope is that he shows more development against a Texas State secondary that ranked second in the Sun Belt conference against the pass and sets a strong standard for the season going forward.

If the Red Wolves want to slow down SMU at all, they’ll need a big game from Bonner—their do-it-all linebacker. The senior was named to the preseason All-Sun Belt Conference after finishing with 65 tackles and 5.5 tackles for a loss. His season highlight came on an opportunistic pick-six against Coastal Carolina, but he needs to put on tape that he can survive in pass coverage.

Bonsu only flashed for the Black Knights last season while an underclassman, but those flashes were certainly tantalizing. The 6’4”, 280-lb tackle usually plays over center, and has the quickness to disrupt plays and provide interior pressure. Middle Tennessee really can run block—the Blue Raiders averaged 172 yards per game last year—so most of this game will be all about how Bonsu can survive against a physical offensive line.

Middle Tennessee’s pass defense was the worst in Conference USA, but that had a lot to do with the fact that Blankenship missed seven games due to injury. Now a senior, Blankenship is poised to dominate thanks to his absolutely mesmerizing athleticism (six interceptions in his career) and his willingness to crash down and snuff out runs. The latter skill will be relied upon against Army, which runs the triple option. We’ll really see if the senior can make the right decisions in the run game.

Although he’s under 6’ and doesn’t have great long speed, Carter could make a living for himself as a slot corner with his quick feet and willingness to help against the run. Against Arkansas State he’ll likely be matched up against big, physical wide receiver Jonathan Adams, Jr.—who finished last season with a 13.7 yards-per-catch average and is the team’s leading receiver. Carter will rely on his trademark physicality at the line, but will it be enough to short-circuit Adams?

Navy has had a lot of success in recent years, finishing 11-2 last season and a receiving a No. 20 ranking in both the AP and Coaches Poll. That all happened with former quarterback and Miami Dolphins seventh-round pick Malcom Perry. It’s a good thing they sport veteran middle linebacker Diego Fagot, who was recently mentioned to be named to the Bednarik Award watch list.

BYU brings with them a largely veteran-laden team, although they won’t have their senior tight end Matt Bushman, who was just ruled out for the season due to injury. They do have a defensive star in nose tackle Khyiris Tonga, who surprisingly chose to return to BYU for his senior year.