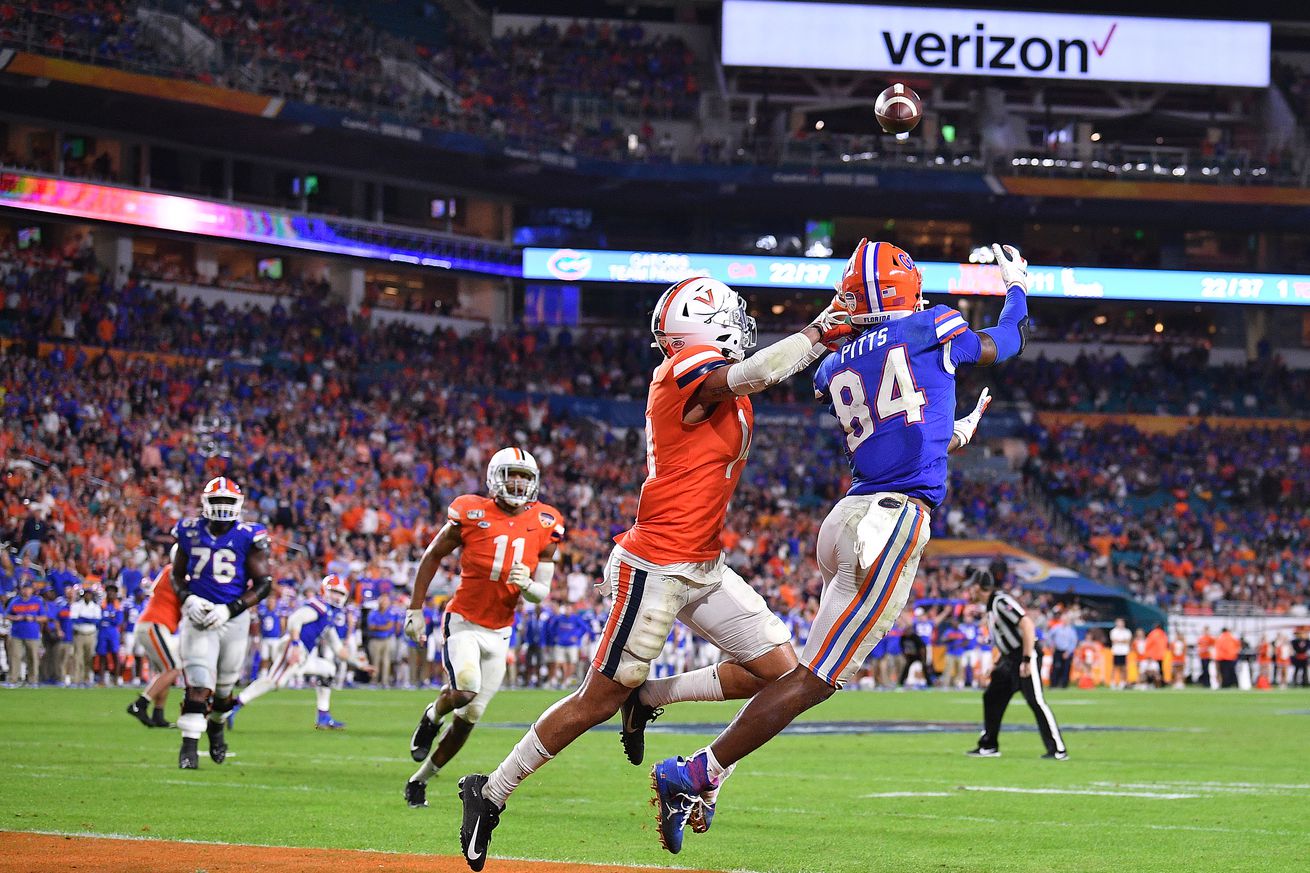 With the news that both the Big Ten and Pac-12 plan on at least attempting to delay their season until the spring due to the COVID-19 pandemic, not only is the college football landscape affected but also the NFL Draft process is now massively uncertain. The situation hasn’t seemed to put a damper on the ubiquitous draftnik pairing of Todd McShay and Mel Kiper over at ESPN, as McShay was kind enough to dispense a new 2021 mock draft.

Following ESPN’s Football Power Index (FPI) to determine the draft order, McShay has the Buffalo Bills firmly in possession of the 23rd pick of the first round. With a myriad of directions to go, the draft commentator has the Bills selecting current Florida tight end Kyle Pitts. Here’s what McShay had to say regarding the choice:

Stefon Diggs gives Josh Allen help outside, but what about the tight end position? Dawson Knox had flashes in his rookie season, but Buffalo still has a long way to go in seeing what it has in its 2019 third-rounder. Even if Knox pans out, adding a versatile matchup piece like Pitts to the mix would be huge. He should continue to get bigger and stronger as a blocker, but his combination of length, speed and route running makes him a first-round talent. Pitts, who led the Gators with 54 catches last season, is the most dangerous seam-stretching tight end in the country.

Pitts will be one of the most exciting players in college football if the SEC decides play in the fall. A pure receiving tight end, he uses his size to beat corners, his speed to beat linebackers and has a fantastic pair of mitts. As McShay alludes to, his body control is masterful when running routes. In the 2019 game against LSU, who had the best secondary in the country, he managed to finish with 108 receiving yards as basically the team’s sole offensive threat. If the SEC season does play out, and Pitts improves and adds some weight, he could rise higher than the 23rd pick.

As I said, there are multiple directions the Bills could go with their first pick of the 2021 NFL Draft. The Bills’ starting roster has reached a level where any selection for almost any position can be justified, and that certainly applies to tight end. Pitts would be a fantastic selection, likely slotting in as the team’s second-most dangerous weapon behind (hopefully) Stefon Diggs.