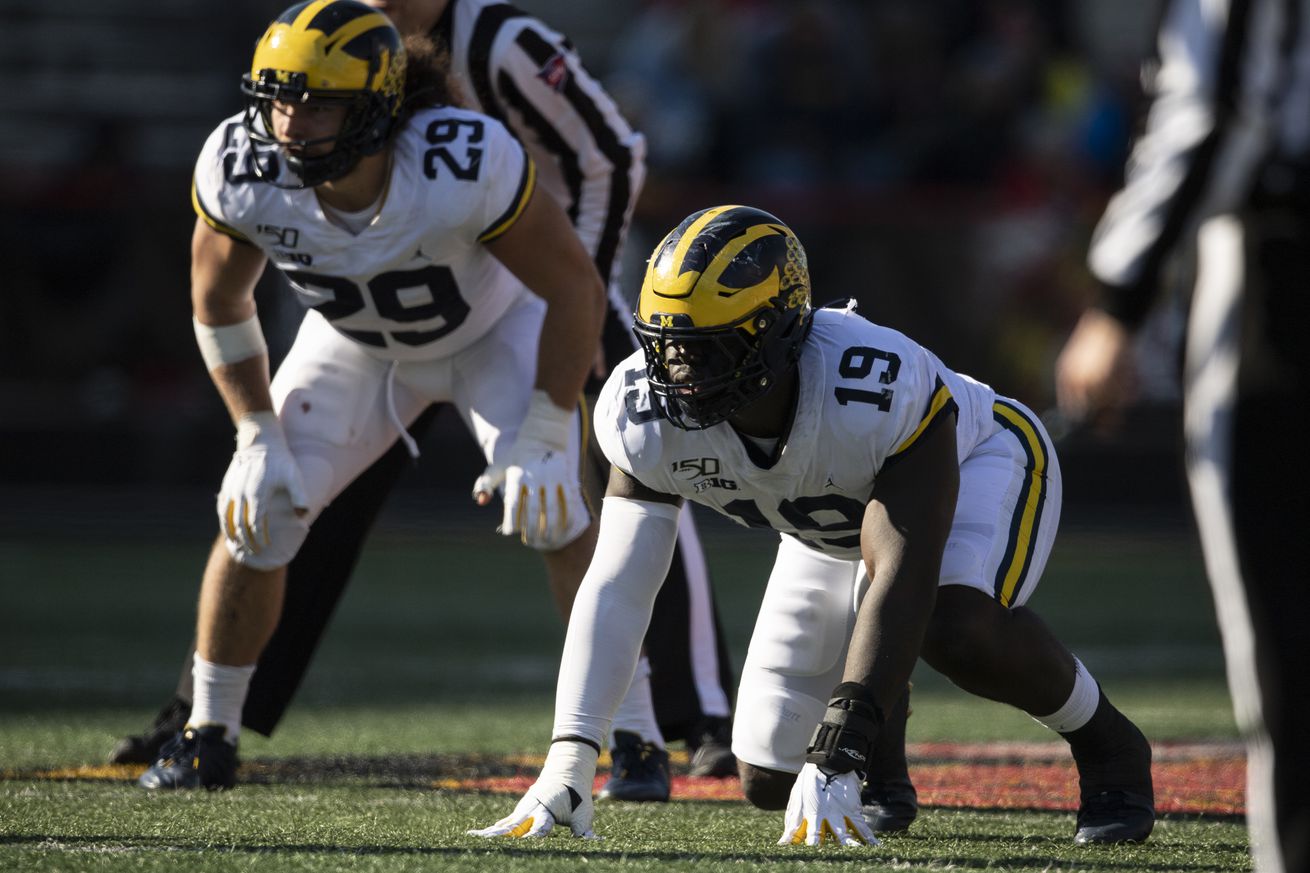 The Big Ten debuts to some big upsets

We’re halfway through the 2020 college football season and this week we saw the Big Ten finally makes its debut, with several close games and two massive upsets. Indiana stunned Penn State in overtime, which was the Hoosiers’ first win against a top-ten team since 1987. Meanwhile Rutgers took a step towards respectability in beating Michigan State, which snapped a 21-game Big Ten football losing streak. Then in AAC news, No. 9 Cincinnati refuses to lose and should be crowned as, perhaps, a top-five team in the country. Below are the prospects who stood out during another week of college football.

In what was perhaps the most entertaining game of the week, Indiana came up big and upset Penn State with help from the junior defensive back. Johnson was the dynamo of the Hoosiers’ comeback, thanks to a key interception late in the second quarter and a strip-sack of the Penn State quarterback later in that quarter. The 6’1” safety looks the part of an NFL safety and if he continues to have this type of impact on games he should be marked as a riser as Big Ten play continues.

When the Tarheels needed a big play from their passing game, they turned to the physical 6’1”, 185-lb wideout. Brown and Howell have the best connection on the team, which helped them rack up 105 yards on seven receptions. With the N.C. State corners usually playing deep, the junior receiver attacked the hashes and the space between the outside corner and safety in zone coverages with a good mix of routes. He also flashed a pair of strong hands in tight situations.

It’s high time to give the quarterback from Alabama some credit. The junior is thought of as more of distributor for his offense that features several first rounders, but this is now the fourth game in row where he has had more than 375 passing yards and two touchdowns. Despite losing his best receiver to a knee injury and playing against a physical Tennessee defense, Jones nonetheless looked calm in the pocket. He had his usual mix of deep shots, but wasn’t afraid to take what the defense gave him either.

With three tackles-for-loss and two sacks, the Michigan pass rusher begins his campaign to prove he is one of the best at his position in the draft. Against Minnesota he naturally showed off his strong burst off the line and then his bull rush, but he also brought along some other pass rush moves—like a nifty hand swipe—that demonstrated he’s been working on his craft in the offseason. Although he doesn’t have the flexion to turn the corner, he’s a stocky rusher who jolts linemen and can be used all across the defensive front.

Snowden’s play-type and role within the Virginia defense is unique. He’s a 6’7″ linebacker who can cover and also rush the passer in obvious passing situations. Take one look at his stat sheet against Miami and you can tell how important he is. The senior finished with eight tackles, a sack, three tackles-for-loss and a pass break up for good measure. The defense as a whole limited Miami to 2.5 yards per carry rushing. It’s been a brilliant start to the season for the linebacker and if he can continue his stellar play he’ll be safe in the middle rounds of the draft.