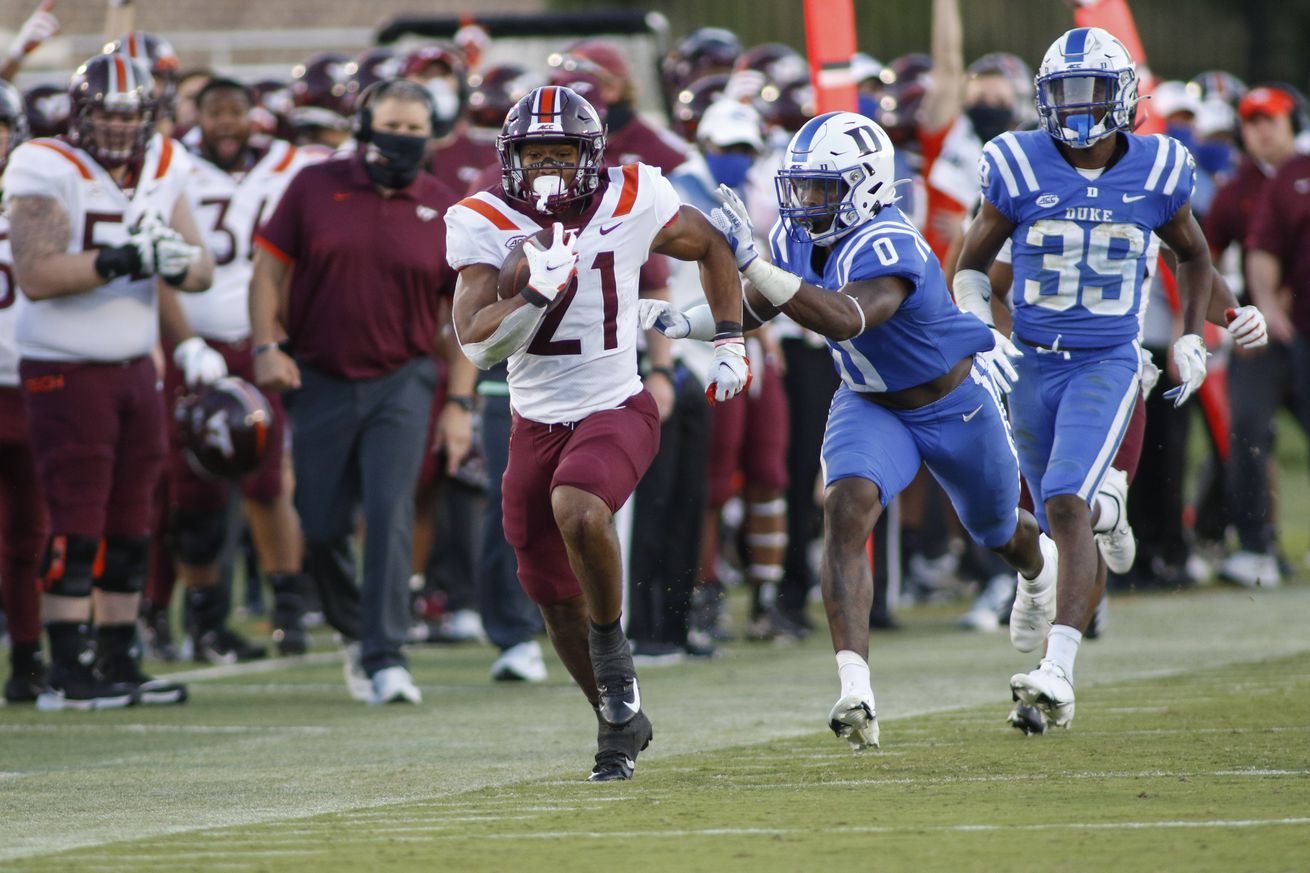 If you asked this writer what his favorite week in the college football season is, the response would be “whichever week ‘upset week’ takes place.” Turns out, this past Saturday marked the event this season for the Big-12’s best teams and Mississippi State. Starting with the Bulldogs, fresh after pulling off their own upset of LSU, they got beat by an unranked Arkansas team that hadn’t won an SEC matchup in three years. Meanwhile ninth-ranked Texas lost their game against unranked TCU and, in what was perhaps the biggest of the day, Oklahoma lost their second straight game to a scrappy Iowa State team. Below are the prospects who stood out during the annual “upset week.”

Its a shame that BYU hasn’t been tested by any great teams, because their offense has been humming all season, mostly thanks to their junior quarterback. Against the LA Tech, Wilson used his legs well on scrambles and designated roll outs, and didn’t shy away from the deep ball. On those type of chunk plays, he trusted his tight end and receivers to beat out the defensive backs for the ball. He finished the day with only two incompletions, throwing for 325 yards and two touchdowns, to go with 43 yards on the ground.

The only defensive player for the Aggies to make the Alabama offense sweat a little, the 6’5” 270-lb defensive end’s effort and physicality was evident on almost every single play. It’s that type of relentlessness that caused him to be the only player to earn a sack of Alabama quarterback Mac Jones. Although he’s not the most flexible edge player, his burst off the line and strength at the point of attack allowed him to beat the Alabama tackles around the edge, although typically the quarterback was able to unload the ball before the pass rusher could make an impact.

It’s not every day that a player breaks a school record for all-purpose yards, but it was that kind of day for the transfer from Kansas. Despite facing a relatively talented Duke defensive line, who was previously able to bottle up a talented Notre Dame squad, Herbert scampered for 358 all-purpose yards. His long kickoff return early in the third quarter proved to be the turning point in the game for the Hokies, while his ability on stretch runs in particular ensured that he was able to accumulate 208 yards rushing.

If there’s one player who deserves a deeper look after this week’s slate of games, it’s Collins. The linebacker had a Johnny-on-the-spot interception and a safety…in the first quarter alone. Although he looked a bit lost at reading the offensive line at times, he was a strong hitter and tackler all night for Tulsa and looked very comfortable shooting gaps. He ultimately finished with ten tackles, three-tackles-for-loss, two passes defended and one quarterback hurry for good measure.

While he was the third option in the passing game for the Crimson Tide last year, Waddle has been on a campaign to prove that he’s the team’s number-one receiving option. You could call it “mission accomplished” against Texas A&M, as the junior dominated the Aggies’ secondary with his long speed and quickness. Watching the game, it’s clear Waddle has a second and third gear that makes him just too much to handle. His ability to drop his hips and cut when running routes is very underrated as well.