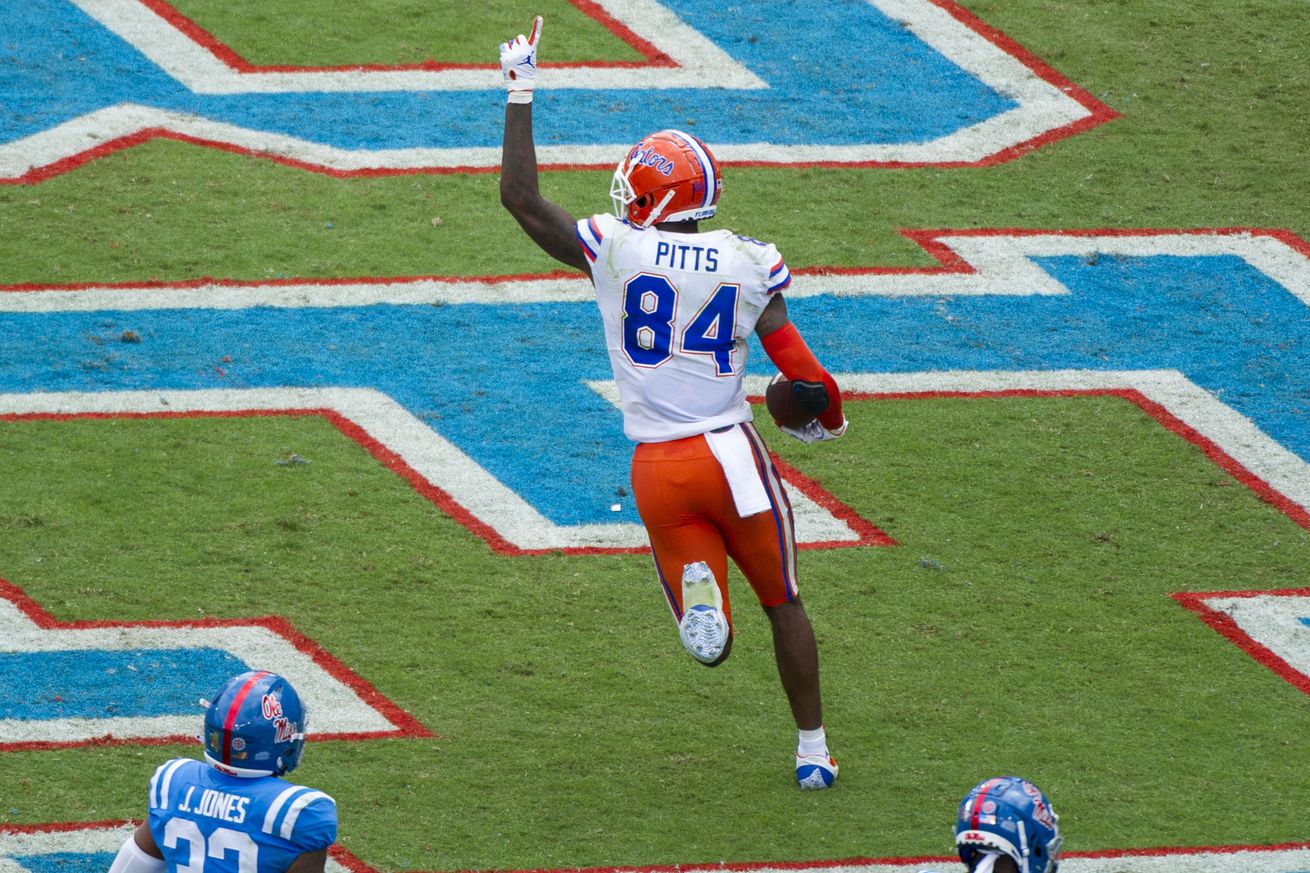 I don’t envy the college football oddsmakers. With a truncated offseason, opt-outs and just generally very little information to go on, no one really knows which teams are the real deal. Case in point: a Mississippi State team just threw for 600 yards against LSU—a team that styles itself as “DBU.” Elsewhere this week, Kansas State—fresh off a loss to a Sun Belt team—upset the third-ranked team in the country in Oklahoma. These are certainly exciting times. Below are the prospects who stood out during Week 4.

Perhaps the best jump-ball receiver in college football, Williams had a handful of ‘wow’ catches in Auburn’s season opener against Kentucky. He finished the day with six catches for 112 yards and two touchdowns, and it was his first touchdown that was the highlight of the day. With quarterback Bo Nix rolling out, he heaved a ball off his back foot into the end zone, while the junior wide receiver plucked it out of the air over two defenders. Even more important for Williams’s stock, was that he didn’t just do all his damage on simple 50/50 balls either.

The senior defensive back’s day couldn’t have started out much worse, as it was his mistake that led to Arkansas’ first score. LeCounte was confused on whether to cover the check-down or his man going deep on a post route, a play that ended in a touchdown, but he made up for it later in the game with two interceptions. Both interceptions were fantastic demonstrations of his ball skills, but it was his first one that showed how smart and opportunistic he could be. From his deep safety spot, he eyed the quarterback and didn’t fall for a play fake. He then was in perfect position to pick off an errant run-pass option throw to the tight end.

It’ll be a battle all season to determine the best tight end between Pitts and Penn State’s Pat Freiermuth, but Pitts staked his first claim in coming down with eight catches for a monster 170 yards and four (!!) touchdowns against Ole Miss. He produced that stat line not only by getting open using his physicality and route running, but also by being his quarterback’s best friend in coming back to the ball whenever Kyle Trask broke the pocket. Then in the red zone he was physical as can be; it was his ball and you weren’t going to take it from him!

In what ended up as a massive upset of LSU, most commentators will be talking about Bulldogs quarterback K.J. Costello passing for 600+ yards. However, whenever Costello got the ball in the hands of the senior running back, it was evident he was the team’s best offensive weapon. Simple check downs to the quick and surprisingly shifty Hill turned into first downs as he was able to prove he’s a good fit for a pass-heavy offense. He only finished with 34 rushing yards, but made up for it with 158 through the air.

On the opposite side of the field from Hill was the North Dakota State transfer, who was one of the few LSU defenders to actually have a good day against the Bulldogs. His pick-six early in the game got the scoring started for LSU, and it highlights just how athletic the linebacker is and what we can expect from him this season. Outside of that play, Cox was zooming all over the field for the Tigers, and ended with six tackles, a sack, a tackle-for-loss and the aforementioned pick-six.