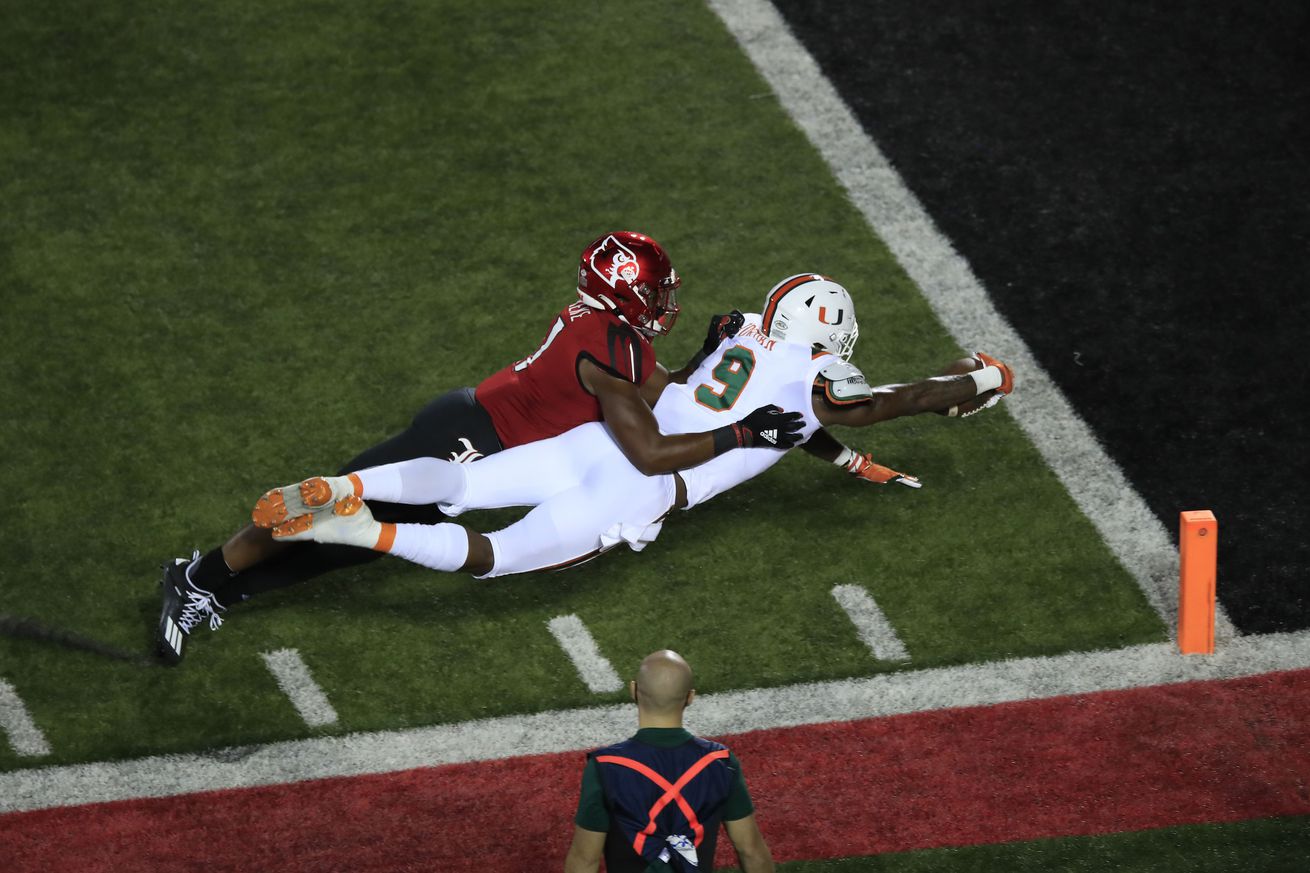 Additional games postponed, but what games remained were surprisingly entertaining

College football’s response to COVID-19 has been swift in canceling and postponing games when players test positive, and that unfortunately happened this week for what was to be the first game between ranked teams this season between BYU and Army. Of the remaining games however, we were treated to an unexpected defensive struggle between Oklahoma State and Tulsa and then a complete barnburner between Louisville and Miami, keyed up by several 2021 prospects. Below are the prospects who stood out during Week 3.

The Pitt defensive line, which admittedly is one of the best units in the country, completely handled the Syracuse offensive line throughout the entire match-up. Weaver, lined up at right defensive end, dominated the overmatched left tackle lined up against him primarily with straight power rushes, which kept the Orange’s mobile quarterback in the pocket, not allowing him any room to escape. The senior led his team in tackles, had two sacks and three tackles for a loss.

In the game of the week, Jordan led his team in receiving yards with 120 yards, including a touchdown in a dominant performance that confounded the Louisville defense. Lined up out wide in the slot, in the backfield as an H-back, and even as a true split end, the Cardinals’ linebackers and safeties couldn’t keep up with him. His most impressive catch came late in the first, where he caught a screen pass, hurdled a defender and quickly dove for the pylon. He’s a superb athlete at 6’3” and 245 lbs.

Across from Jordan on the field was Atwell, the speedy deep threat for the Cardinals. His two receptions in the third quarter, one on a crossing route for 33 yards and the second a touchdown on a short out route, got the Cardinals back in the game. The junior receiver finished the day with eight catches for 114 yards and two touchdowns—a performance that should earn him some more national attention in a what is a deep wide receiver class.

It was a defensive battle throughout the game between the Cowboys and Tulsa, and it wasn’t truly over until Rodriguez’s timely sack late in the fourth quarter. Blitzing occasionally throughout the day, the senior finally got home when he was completely unblocked on a blitz up the c-gap with close to two minutes to play, essentially ending the game. Outside of that monster play, Rodriguez was active all day and finished with ten tackles, a sack, and two for a loss.

The son of Mike Vrabel, Tyler has been working his way into the draft discussion and now looks like a solid middle-round selection thanks to steady play along the right side. Looking bigger than his listed weight of 305 lbs, Vrabel looked under control against a talented and fierce Duke pass rush. In the run game, he was a people mover with some powerful hands. He looks NFL ready, despite only being a sophomore.

Grant’s game is more aligned with being a free safety lined up in deep coverage, but what was most impressive in the game against Georgia Tech was his tackling ability. His willingness to crash down hard from his safety position and limit gains, demonstrating that he has a well-rounded skill set, will go a long way in helping improve his draft stock. Look for Grant to be an in-season riser.